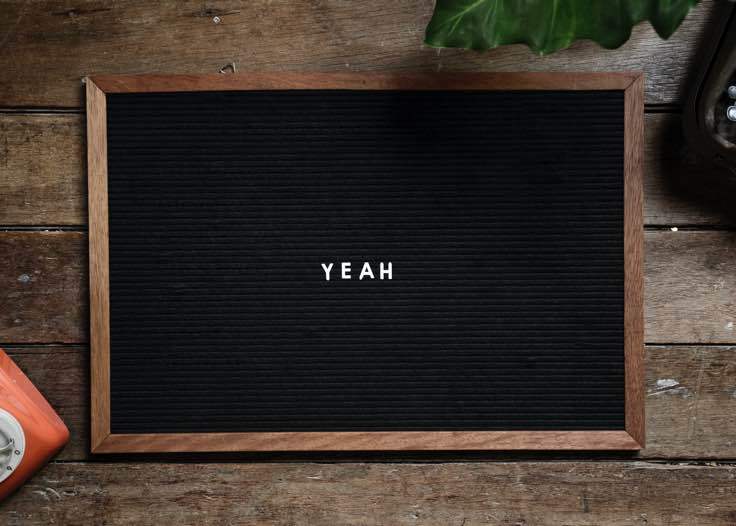 Setting yourself up for financial success isn’t about making one good decision. If willpower was all it took to get rich, we’d all have a million dollars by 3pm and on a flight to a tropical island by 7pm. Unfortunately (or fortunately really), building wealth is about changing behaviors through developing new habits. And just like any habit you’ve ever changed, it’s not something that happens overnight. You’ll have to build these habits over time. Here are my top 10 habits of financially successful people.

People that are successful with money believe that money is working for them. If you have negative feelings about money, you’ll likely up with negative results. For many people, it’s not as easy as snapping your fingers to change your relationship with money, but it’s a necessary paradigm shift on the path to financial independence. Do you have $10K in the bank? That sounds like a great start. That’s 10,000 employees out there working for you every year. Work your way up to the first $100,000.

Many lawyers fall into the trap of thinking that wealth will eventually come to them. After all, you’ve gone to school, passed the bar exam and have a job. The next step is someone handing you a million bucks, right? News flash: nobody is going to do it for you. The person that cares most about your financial situation is YOU. And you can’t outsource that level of attention to a financial advisor. It’s up to you take over your finances, figure out what you need to figure out and get started executing the plan. Again, nobody is going to do it for you. It’s on you. You must do the work yourself.

Habit 3: Do the Important But Not Urgent

You may be familiar with Eisenhower’s Priority Matrix. If you’re not, it’s pretty simple. The activities in our lives can be broken down into four categories:

You won’t be surprised to learn that the urgent categories dominate our lives. That email from a boss? Urgent. Getting home in time to pick up the kids from daycare? Urgent. Answering a ringing phone? Urgent. Unfortunately, a lot of the urgent in our lives is not important. It just happens to be the thing in our face demanding attention. In reality, it represents someone else’s priority for us. And if you let other people prioritize your life, they will.

Habit 4: Begin With the End in Mind

Financially successful people know where they’re going. They don’t just want to “get rich” or “live on an island” or “work less”. They know how much money they want to save, the island they want to move to and their ideal work/life balance. Not only do they know what they want, they have a plan to get there. They’ve calculated their expenses and figured out how much money it would take to cover those expenses. They’ve planned vacations to islands and identified one that feels like the right fit. They’ve found potential employers and job situations that would allow them to work the right amount.

Habit 5: Surround Yourself With the Right People

Have you heard that you’re the average of the 5 people you spend the most time with? If you want to be financially successful, an easy way to get there is to start hanging around people that are multi-millionaires, millionaires or soon-to-be millionaires. If you want to feel poor, read a net worth progression post on Bogleheads. You will feel inadequate and behind the curve but you will be motivated to do better! I’d rather go through that pain and be the poorest person in the room rather than the one with the most money. It may not seem like much of a change but simply being around other people with the same financial goals will go a long way.

Habit 6: Understand First and Then Act

It’s easy to get into a rush to make something happen in your financial life. Quite a few people are afraid of sitting on the sidelines and want to “get invested” immediately. The motivation is great and should be harnessed but you don’t need to pull the trigger immediately. In fact, it’s perfectly fine to wait six months or more figuring out what you want to do. If you ever have to manage a windfall, I’ve written previously about how the first step is to take your time. The penalty for sitting on the sidelines for six months is small compared to the risk of making a misstep. The same is perfectly fine when you’re beginning your investing career. While I’d probably just throw everything into a Target Date Retirement fund if I were just starting out, I certainly wouldn’t begrudge someone that wanted to spend six months coming up with a solid investment plan that would rule the next 30 years of investing.

Building wealth is a marathon, not a sprint. Even if you’re sprinting to an early retirement, it’s still a marathon that will take you years to achieve your result. It’ll likely take you longer than any other period in your life (college, law school, etc.). To keep up the pace, financially successful people know that they need to sharpen the saw from time-to-time, whether that means “splurging” for a vacation or something else. In fact, as you become more attune to using money to purchase happiness, it becomes a necessity to spend your money for the maximum happiness. I’m hard-pressed to think of any Boglehead that didn’t get tired along the way. It’s impossible to only save money, so make sure that you’re also investing in yourself to keep the machine going on. You’re not going to achieve your long-term goals if you burn out after 3 years.

The financial services industry has done a great job convincing you that investing is hard. Which investments should you make? Should you gamble on Bitcoin? Have we hit peak oil? How should you change your investments based on the most recent political changes? All of that is noise. Financially successful people have learned how to ignore it. They aren’t chasing last year’s yield or looking for the next Netflix. They’re simply following the same tried and true path walked by so many other millionaires. Because, why reinvent the wheel if you don’t need to? Nearly all lawyers will have a comfortable retirement if they save 20% of their income and invest in low-cost index funds (although if you want to retire early, you should be saving more).

It’s almost so simple that you’re likely to dismiss it. If you try to imitate the average of what everyone else is doing, you’ll end up with the same average results. Financially successful people know that if they want to achieve better than the average result they’ll need to do better than the average actions. Anita is known as the Biglaw lawyer that retired at 33-years-old precisely because she made dramatically different choices than the “average” lawyer. You might not need (or want) to make such dramatic choices but such choices are necessary if you’re working on a “three years and out” plan.

Habit 10: Create Your Own Opportunities

Finally, people that are successful with their finances create their own opportunities. Do you think you’re underpaid? Change jobs and ask for more money (or ask for money and then change jobs if the answer is no). Open up an account even if you can only contribute $50/month. That might not seem like enough to move the needle but by creating an opportunity to save, you’ll be surprised at how much that motivates you to save. You can also create your own opportunities by taking concrete steps to increase your income (or even better, systematize it). That could include things like client development, building skills or growing your network to increase the possible job opportunities available to you in the present.

Let’s talk about it. Do you have any habits that you’d add to this list? Let us know in the comments!

One thought on 10 Habits of Wealthy Lawyers