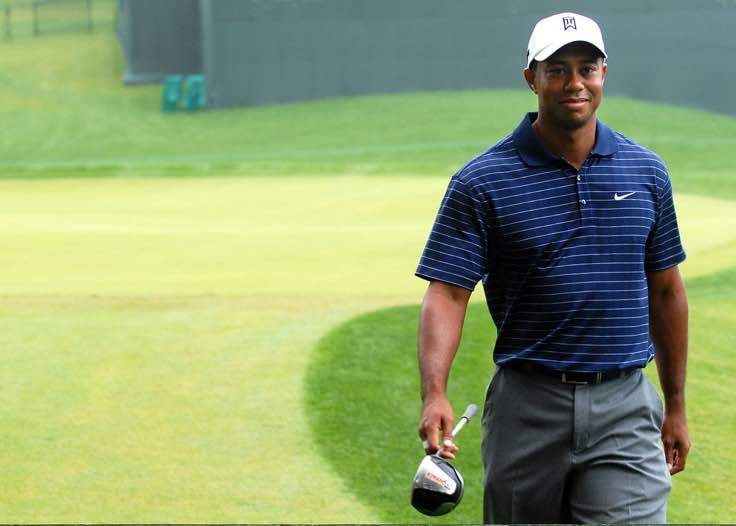 In the previous post of this two-part series, I argued that budgets are for beginners. Why box yourself into projected spending when you can review an automatically generated spending report and adjust accordingly? Today we’ll argue the other side.

To understand why budgeting is for pros, let’s first think about professional athletes. I can think of no better example than fan favorite Roger Federer, who recently secured his 18th Grand Slam title at the Australian Open in January. Federer is the all time leader in Grand Slam titles (his nearest competitors are Pete Sampras and Rafael Nadal, both tied at 14) and is making the case for being considered the greatest male tennis player of all time.

Federer’s win at the Australian Open is even more impressive because he’s 35 – long past the “prime” of his career – and the fact that he hadn’t played in a grand slam event since Wimbledon in the summer of 2016 due to a knee energy.

So, how did he get back on top?

As I recently had reaffirmed in Grit (thanks for the recommendation Anita), remarkable accomplishments like winning the Australian Open are a combination of thousands of unremarkable steps that happen behind the scenes. Humans, however, are quick to invoke “talent” when describing these remarkable feats. Why? Because it’s a defense mechanism employed by our egos that lets us know that we don’t need to compete with Roger Federer. Had we seen how Federer practices each and every day – and how ordinary that all seems – we might start to put pressure on ourselves to do the same. And, if we don’t live up to that expectation, then maybe we’re not as good as Roger Federer.

So we fall back on describing Roger Federer as having innate “talent” that we could never possess. It’s easier.

Professional athletes aren’t immune from this thinking as well. If you’ve ever taken an interest in elite athletes, you know that they’re all doing everything humanly possible to compete at the highest level possible. The perfect diet? Check. Insane workout schedule? Done. For an elite athlete, they’d be willing to do almost anything to achieve an extra 1% edge. That 1% edge could blow the competition out of the water.

We see this with the rampant use of performance enhancing drugs. When you’re that competitive, any edge is the difference between winning and losing. There’s a great documentary on this called Bigger, Stronger, Faster but the premise is pretty simple. When you’re elite, you’re not looking at making 10% or 20% gains. You need the slightest edge to overcome your competitors because the slightest edge is all that’s left.

So, if you’re a personal finance ninja, what can you do to get a 1% edge? Why, you could budget of course.

Budgeting lets you dial in your expenses exactly. You Need a Budget (YNAB) has a pretty easy explanation of how budgeting works.

It’s easy to see why this approach could lead to less stress (if you stay on top of it) and zero margin for mistakes.

For one, you’re being intentional about each incoming dollar which means you won’t be allocating it to that Hulu subscription you never use. Second, you’re paying attention to your true expenses. Fixed monthly expenses are the easiest when it comes to budgeting. In fact, it’s so easy that you could do all the budgeting in your head.

But your budget isn’t entirely made up of fixed expenses.

First, there’s the variable expenses (e.g. electricity). But those aren’t that hard either, because they don’t move up or down by very much.

But what about Christmas gifts? Do you know your annual travel expenses? These are much harder things to include in a budget. Most people just deal with the expenses as they come up, but with YNAB you’re forced to think about them and account for them on a monthly basis.

After that, it’s all about being flexible. When you overspend in one category, you need to shift money from another category or you have to carry the negative balance into the next month. That’s pretty much how money works. You can’t spend money you don’t have without going into debt. It’s a simple concept, but something that is easy to miss. If you’re making a lot of money, you won’t even realize that you’re borrowing from yourself until one month when you overcorrect and cut all spending to get back on track. We’ve all had those situations.

Before I started budgeting with YNAB, things like a tax refund or a month with three paychecks were my opportunities to reset.

If so, you might be doing a great job saving a lot money, but could you be doing 1% better. What would happen if you banked the entire third paycheck or tax refund rather than using it to pay off a credit card bill that got a little higher than you expected? For some, this might be a big deal. For others, it won’t matter. Each person needs to find the right balance.

Whatever you decide is best for you, I’d hate for anyone to think budgeting is hard.

My YNAB system is pretty simple. It works like this. Each month I get paid. Each month I record an entry showing that my paycheck arrived and I categorize it as money that’s available next month.

On the first of each month, I “budget” for the month by clicking one button that auto-populates that month with the budget amounts from the last month. I tweak as necessary. Included in those monthly expenses are things that I pay for yearly (like Christmas gifts or my Dropbox subscription). I suppose you could say that I’m “saving” money for these yearly expenses but I just look at it like I’m spending $100 a month rather than saying I spend $1200 each year on Christmas gifts.

Then, I record expenses in the system as they occur. This is much like balancing a checkbook or using Quicken. It takes me about 15 minutes a week and it’s only slightly harder than reviewing my actual credit card statement to make sure there aren’t any incorrect charge. As I enter each transaction, YNAB takes the category information for the entry and applies the expense to the budget. At a glance, I can quickly see how much I have left in each category (much like a digital version of the envelope system).

Inevitably, I screw things up during the month. I spend more than I anticipated. I have an annual bill that I forgot to put into the system. To handle it, I simply re-allocate money from another category (or bring in new money from savings) and keep going. If it’s an annual expense, I create a new budget category and start allocating $10 a month (or whatever it is) each month towards the expense.

Using YNAB has been a game changer when it comes to (1) thinking about money and (2) dialing back expenses. First, I never feel guilty about spending money. If it’s in the system, I’ve already accounted for it and if it’s not, I just move some money over. That means when a quarterly expense comes up, I don’t think “Oh shit, it’s time for that expense … guess I should spend less on restaurants this month.” Instead, I just pay the expense and move on. Second, no money goes out of the door unnoticed. This is a pretty powerful motivator to make changes when I’m spending money on something that isn’t maximizing happiness. Third – and I can’t emphasize this enough – with YNAB, managing my finances really is a “mind like water” experience.

I was always saving a lot of money before. But now, I’m saving even more and I hardly think about it.

Yet, I know that many readers don’t want to budget. In the previous article, Budgeting is For Beginners, I went over all the reasons why you don’t need a budget, so I won’t rehash them here. If you’re not budgeting, you’ll probably be just fine. Pay yourself first and it’ll all work out okay. But if you want mind like water or to be a pro that wants the 1% edge, give budgeting a chance.

Let’s talk about it. Do you budget? Is budgeting worth all the hassle just for an extra 1% gain? Comment below!

Twelve thoughts on Budgeting is For Professionals