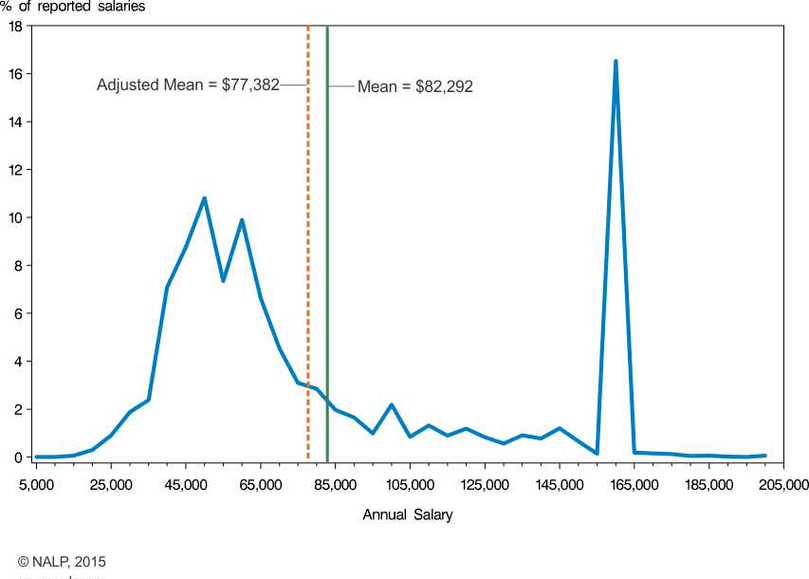 Lawyers may belong to the only industry in the world where starting salaries cluster at two peaks along the landscape of income a junior lawyer can expect to receive out of law school.

For those that aren’t familiar with the Bimodal Salary Distribution Curve, below is the latest chart from National Association for Law Placement, showing the starting salaries from the Class of 2018. 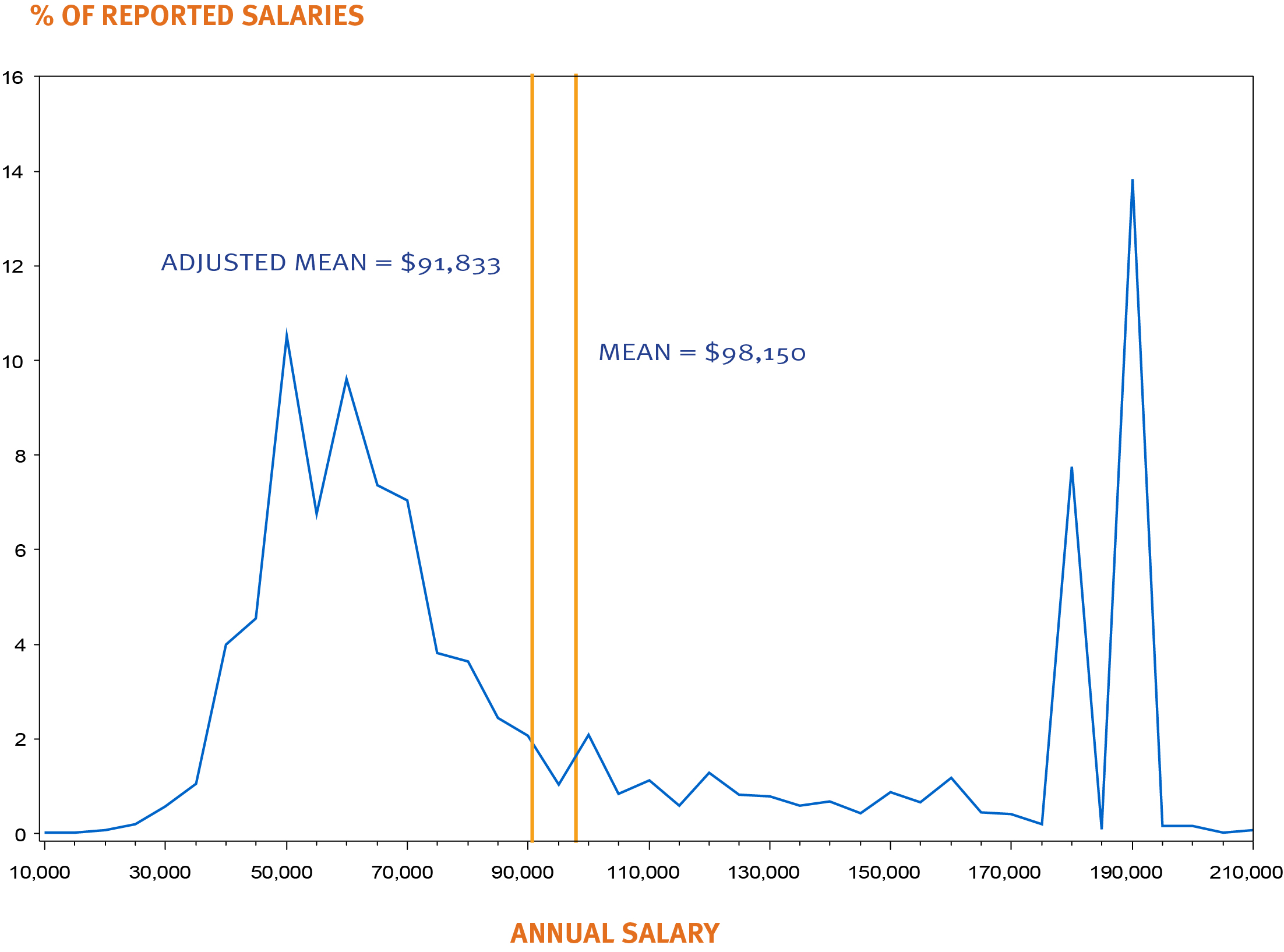 Interestingly, the Class of 2018 is starting to see a Trimodal Salary Distribution Curve as not all firms are able to keep up with the most recent increase in the Biglaw associate pay scale. Around 7.7% of reported salaries landed at $180,000, while 13.8% said that they were getting paid the 2018 market standard of $190,000.

Meanwhile, the other large distribution of starting salaries falls in the $50,000 – $60,000 range, which is the salary an assistant district attorney in NYC might expect to earn.

The chart is probably the single most important organization of data to consider when discussing lawyers and personal finance since lawyers start at such dramatically different points of income.

But before we talk too much about what you can do with the income you have, I did some digging and thought it would be interesting to write a little about the history of that curve.

Looking Back: Has It Always Been This Way?

Twenty-five years ago the legal industry had a much different distribution of starting salaries. Those salaries followed a typical mountain peak followed by a sloping curve, which is generally what you’d expect to see for starting salaries (i.e. almost everyone is clustered at the lower end of the range with a few all-stars finding a higher salary). The 1991 chart looks like a normal salary distribution with the median slightly ahead of the largest peak thanks to some lawyers that managed to command salaries in the $70-$90K range upon graduation. By 1996, there really hadn’t been much of a change except to note that a slightly lower percentage is clustered at the beginning (i.e. smaller mountain peak) which suggests that more lawyers were finding higher paying jobs. But only four years later, we have the fully developed twin mountain system that we live in today.

What caused the shift?

According to William D. Henderson, the shift to a bimodal salary distribution was caused by two factors: (1) the growth of the corporate legal services market and (2) the adherence to the “Cravath” system which aims to hire the top graduates from the top schools to create an elite law firm.

Ironically, Cravath’s “system” for getting the best and brightest has now been adopted by every large law firm that provides full-service highly-specialized legal services, with the result being that nearly all “Biglaw” firms follow Cravath when it comes to salary.

Regardless of how we got here, the dual track system for lawyers seems here to stay. Since 2010, we’ve come to expect a bimodal salary distribution as shown in the following charts from 2009 and 2014. 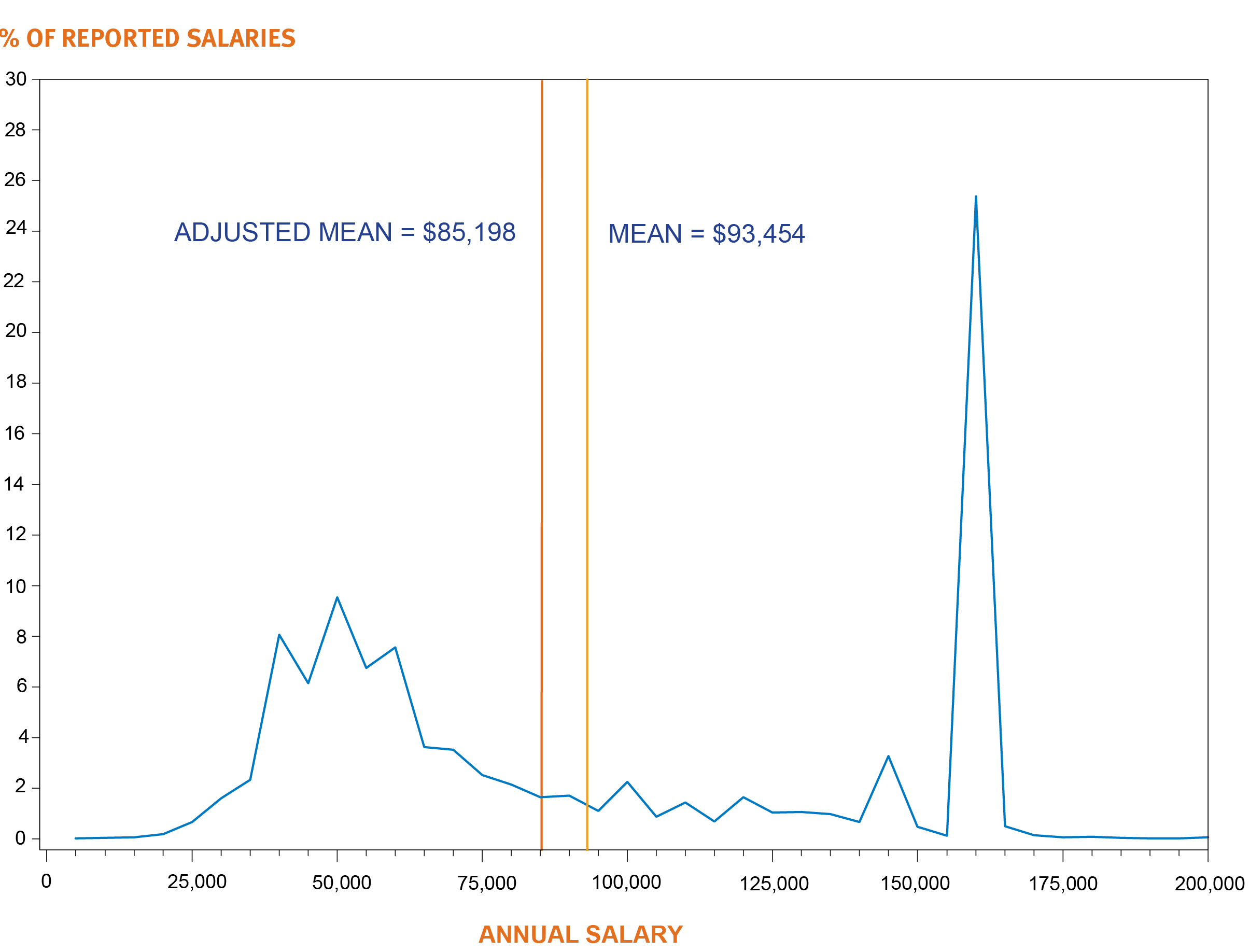 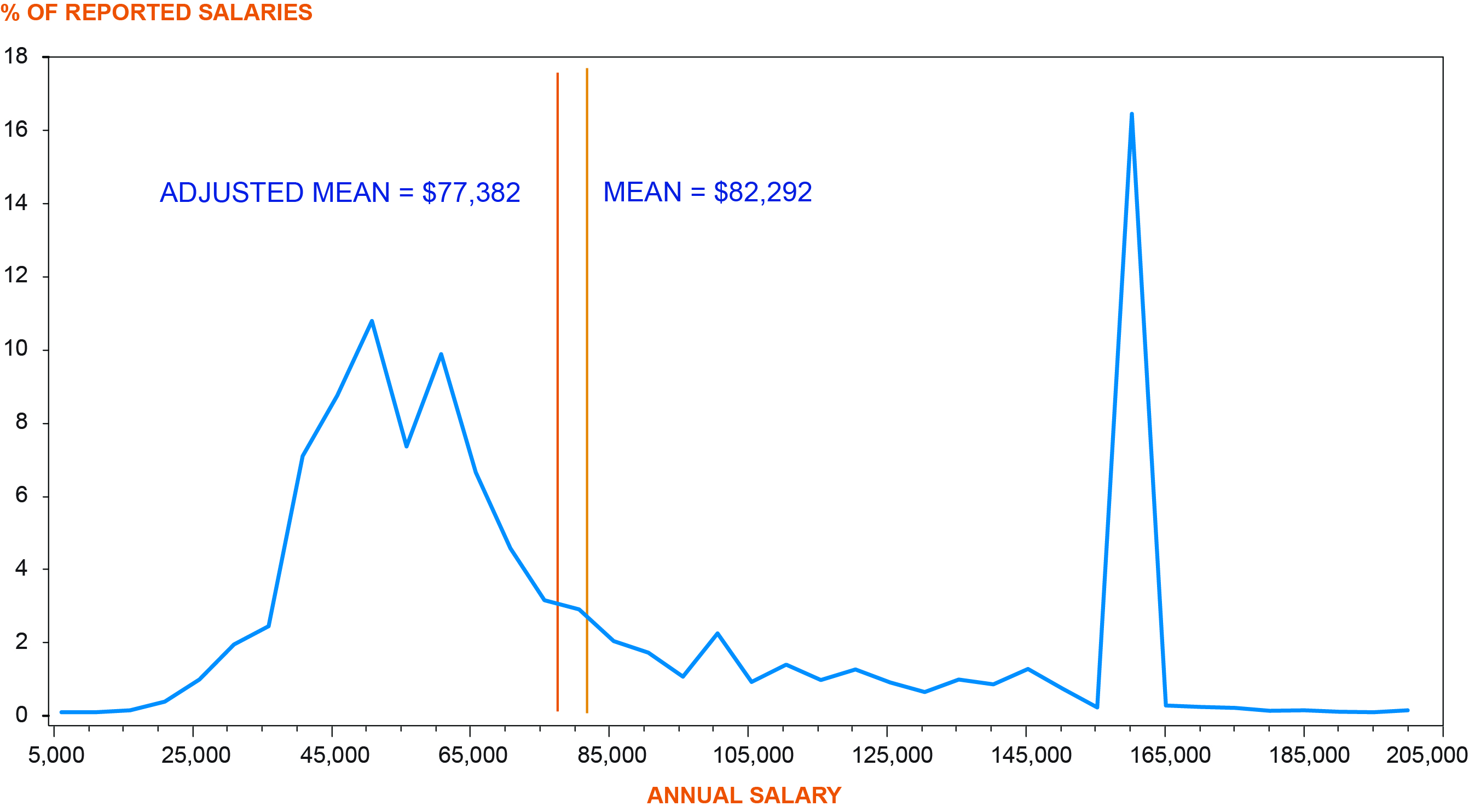 What does this mean if you’re in law school?

More importantly, look at how many jobs there are in the middle. Almost none. This is lost on a lot of law students who think they may not end up with a high paying “biglaw salary” but also assume they won’t end up with a low paying salary either. The real glut in legal salaries is everything between $65,000 and Biglaw.

Lawyers have been cramming this information down the throats of law students and pre-law students for the past few years (decade?), so you would think that everyone is aware of the potentially bleak financial outlook for some lawyers but I still run across pre-law students all the time that think all lawyers are rich.

Regardless, if you’re in law school, you need to buckle down on law school expenses in a big way. Forget about taking the bar trip. While law school can be a lot of fun (well – you’re not working), it’s more important than ever to develop a financial plan. Don’t assume that your law school loans will eventually be forgiven either. The government is a step ahead of you on that one and it’s not at all clear that following the IBR/REPAYE path is a great deal.

How does the salary distribution curve effect you if you’re a practicing lawyer?

Well, for one, it’s only a representation of starting salaries. Many lawyers that start on the lower end of the cluster end up growing their salaries over time. The average lawyer salary is still in the six figures, which means that your income will likely go up over time if you’re starting at the lower end of the bimodal salary distribution curve.

Planning for a gradual increase in your income is important because it may change your strategy with respect to things like your income-driven repayment plan calculations. Many law students or new lawyers make calculations of their student loan payments thinking they’ll be making $50,000 for the foreseeable future (i.e. throughout their entire repayment plan). When you realize that your salary is likely to rise over time, you will also see that your student loan payments will increase as well. While that might seem fine – more money, bigger payments – it could make you second guess whether forgiveness is the likely outcome for your student loans in the long term.

For Biglaw lawyers, the same is true. The chart is only a representation of starting salaries. Will you still be in Biglaw after three years? five years? 10 years? Most will leave Biglaw. When you leave Biglaw, your salary could very well revert to the mean. That won’t be a problem if you took advantage of your Biglaw years to pay off your debt and build up a war chest.

The takeaway is that neither end of the spectrum lasts forever, so planning your financial future on an income of either $60,000 or $215,000 has some serious flaws.

Let’s talk about it. What are your thoughts on the bimodal salary distribution curve? Let us know in the comments below!

Joshua Holt is a practicing private equity M&A lawyer and the creator of Biglaw Investor. Josh couldn’t find a place where lawyers were talking about money, so he created it himself. He spends 10 minutes a month on Personal Capital keeping track of his money and is currently fascinated by the JD Mortgage service connecting lawyers with lenders offering no to low down payment options.