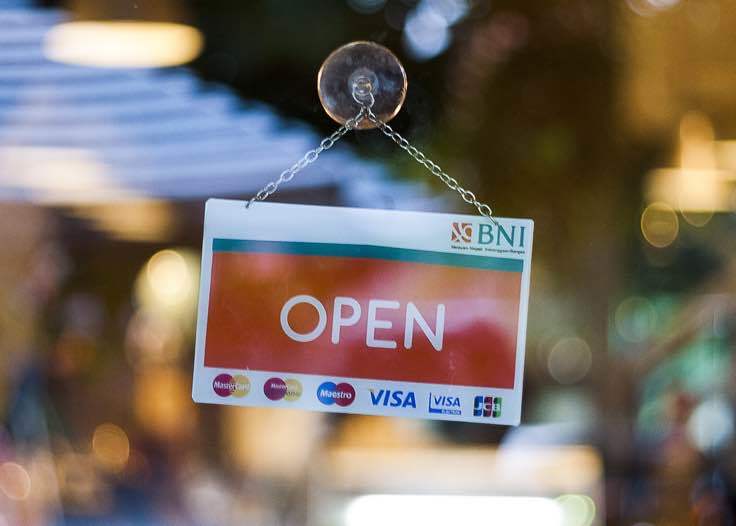 (Editor’s Note: Today’s post comes from Travis Hornsby. A former Wall Street bond trader, Travis now has a thriving student loan consulting business called Student Loan Planner. He is a paid advertiser on the site, but he did not pay to publish this post. In fact, I’ve been badgering him to write an article discussing his experience with lawyers in six figures of student loan debt and earning at the lower end of the bi-modal salary distribution for months. As part of launching the Student Loan Refinancing Guide, I thought we could all benefit from his experience helping lawyers come up with student loan debt strategies since refinancing is not always the answer.)

I worked with a lawyer at a small family law firm recently. He was working in an expensive metro area along the Acela corridor, and he was horribly underpaid. This lawyer made $65,000 a year but had a debt load of $200,000. He was struggling to come up with a plan to pay back his debt. After all, at his 6.8% interest rate, his monthly payment would’ve been about $2300 just to pay everything off in 10 years.

A lawyer with the debt to income ratio my client had would never qualify for a great private refinancing deal. Although he’s providing a valuable service to the public, he doesn’t work in the public sector, so Public Service Loan Forgiveness (PSLF) is off the table. What’s the guy to do?

Our Lawyer Was on the IBR Plan, aka the Worst Possible Option

He was making payments on something called the Income Based Repayment plan. That requires 15% of your income and you get forgiveness in 25 years. At that point, whatever you haven’t paid off gets treated like a bonus and you owe taxes on the amount. He hadn’t heard of PAYE or REPAYE before (Ed: This is surprisingly common). Those two programs allow you to pay 10% of your income over 20-25 years. PAYE is 20 years with no interest subsidy, and REPAYE is 25 years and comes with a generous interest subsidy regardless of what kind of loan you have.

So I ran some numbers for him in my proprietary simulation tool. I assumed his income would grow over 7 years to about $90,000 a year. For simplicity’s sake, I assumed he’d remain single throughout the period. Here’s the cost of the various paths for his loans:

So what do all these numbers mean? By staying on the IBR plan, my client was on track to pay over $120,000 more for his legal education than he had to. Clearly, either PAYE or REPAYE would have been far better options.

How would he choose between PAYE and REPAYE? The answer is in how much he values money over time.

I use a 5% interest rate to discount all the cash flows at about the return he could earn if he invested in his 401k instead. That calculation shows the true cost of PAYE. For the nerds out there, it’s the same thing as Net Present Value if you wanted to look it up on Google. After all, paying $100,000 over 10 years is way more expensive than paying $100,000 over 25 years. My math takes that truth into consideration.

(Ed: Pausing here to linger over that point, since it might not be obvious. It’s not only the TOTAL number of dollars you pay back, but WHEN you pay back those dollars that matters. This is a chance for you to use inflation to your advantage.)

The attentive reader might notice the lowest cost plan in 2017 dollars is PAYE at $140,880. But wait, our lawyer borrowed $200,000 for law school at a crushing 6.8% interest rate? How is it possible that he owes so much less in today’s dollars than what he borrowed? Shouldn’t he embrace the Dave Ramsey / Suze Orman debt snowball approach, never take a vacation, eat spam for lunch, and life in a cardboard box until the debt is gone?

The answer is no.

Conventional wisdom is often completely wrong when it comes to student loan management, because these loans are subject to complex federal policies. I owe you an explanation for why the debt is lower than what he borrowed after adjusting for the time value of money. Here’s why.

If Your Long Term Debt to Income Ratio is Above 2, You Probably Want a Huge Tax Penalty One Day

Here’s how income driven programs like IBR, PAYE, REPAYE work. You make monthly payments based on your income. In the private sector that period lasts between 20-25 years depending on the program. At the end of that period, the balance of that debt is “forgiven.” I put that in quotation marks because the government treats the forgiven debt like the bonus you wish you got but never did. You’ll owe taxes at a high marginal rate because it will be added to your income.

Here’s why in some cases that’s a good thing, particularly for many small and mid-size firm lawyers who never have a hope for a mid six figure salary but have mid six figures in law school debt. Interest while on PAYE or REPAYE is essentially simple interest. As long as you certify your income annually, they place the interest you’re not paying into a bucket that doesn’t add to the principal. That means your 5% to 8% interest is going to be simple interest. Over 20-25 years, you want to let inflation be your friend. Even if it’s low, that’s 3% compounded inflation that will eat away at your balance.

The other thing to note is that you’ll get to pay something between 30% to 50% of this decayed balance as a lump sum tax depending on what happens with rates in the future. I don’t want to get you excited, but you might not owe any tax if the government decides to pass a bailout for student loan borrowers and make the forgiven balance tax free. I never suggest expecting that, but it could certainly happen. That’s why you want to push off as much debt into the future as you can.

So How Does it Apply for Our Small Firm Lawyer?

If you scroll up and reference the chart above, you’ll see that the lawyer client of mine had to pay $393 a month on PAYE. At the end of 20 years, he’d have a law school student debt balance of over $321,000. Assuming he would pay 40% tax on that balance, he’d owe $128,757 to the IRS. How is he supposed to come up with such a high balance all at once on his modest small firm salary?

The answer is by saving a smaller amount every month for 20 years. In fact, assuming that 5% return from earlier, he’d only need to save a little over $300 a month to have enough to pay his tax penalty. If he wanted to have a little extra to pay capital gains taxes and protect against market losses, he could increase that monthly tax savings to about $400 a month.

But What if Trump Eliminates All these Plans? Then What?

Great question. My strategy is to plan for the best case scenario, but prepare for the worst. I think the chance of elimination of all income driven repayment programs is virtually zero. Truly the REPAYE and PAYE programs could go away. If they do, then it would probably get replaced by the Trump plan. That’s a proposed 12.5% of your income over 15 years until forgiveness. Presumably, this would involve the same rules as PAYE and REPAYE on taxability of the forgiven balance as I outlined above.

If you look at the numbers in the simulation, the Trump plan as currently described by President Trump is significantly more generous than even REPAYE and PAYE. If those two programs get repealed outright, then I think you’d still have IBR as an option as it was an act of Congress from 2007 and has bipartisan support. Then you’d optimize payback in the same way that I mentioned.

What if You Wanted to Save Every Dollar You Possibly Could?

If our moderate-income lawyer wanted to optimize his situation in the best way possible, then he’d max out his tax advantaged retirement accounts. Every dollar he puts into a pre-tax 401k reduces his Adjusted Gross Income, which reduces his student loan payments and pushes more off into the future for forgiveness. What if he saved $18,000 a year in his 401k? How would that impact the costs of paying back his loans?

By maxing his 401k for 20-25 years, he just saved about $20,000 in today’s dollars. Think of that like an extra employer match to incentivize saving for retirement. By saving aggressively in his 401k, he solidified his financial future and gets more of his loans forgiven.

So What’s the Total Cost of Paying Loans + Saving an Insane Amount for Retirement?

Maybe he wouldn’t save quite that much for retirement. He could probably afford to save less for the tax payment if he’s cool with saving more in the future. Either way, we’ve controlled his massive $200,000 debt problem and enabled him to live a life with a solid plan.

The plan is different for each lawyer depending on his or her career path. If he’d been a Big Law associate, his plan probably would’ve involved refinancing. If he worked at a government or not for profit employer, he would’ve paid for 10 years to get the rest forgiven tax free on PSLF.

The point is there’s a plan for everybody. All lawyers can save a ton of money on their student debt if they‘ve got a plan. Hit me up at [email protected] to see what your cost simulation and plan could look like. Law school is expensive, but the cost doesn’t have to impact your life as much as you thought it might.

(Ed: Thanks Travis for running through the simulation and explaining the calculations. What this teaches me is that each lawyer’s situation is unique because of circumstances such as marriage, kids and future income possibilities. I suspect the numbers would be different if the lawyer thought his or her salary might ramp up to $200,000 during a 20-25 year career. If you think you’ll be on an income-driven repayment plan for the long haul, i.e. seeking forgiveness and not as a temporary plan during the early part of your career, you’ll want to make sure you are on the best overall payoff plan.)