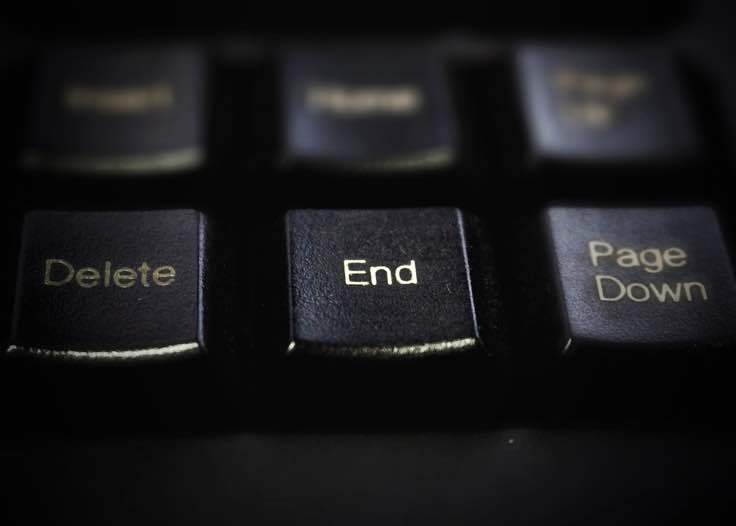 How many times have you heard a new lawyer say that they’re going to work for three years at their current job and then transition into something else? Maybe you’ve even said it yourself. I know I did when I started Biglaw. I figured I’d spend three years making a healthy six figure salary and then would find something else to do.

Importantly, this phrase isn’t only spoken in Biglaw. You’ll hear it from a new assistant district attorney or someone at a non-profit. Some lawyers want to get three solid years of experience before transitioning into a corporate role to make more money. Others plan on sticking with public service but intend to find a job with more manageable hours.

Either way, I bet you’ve had a conversation where someone said: “I’m gonna work for three years and then I’m out.”

So let’s imagine that this is your plan. Perhaps someone forwarded you this article. Maybe I sent it to you in response to a question you asked me. You’re just getting started at a new job or maybe you’ve transitioned into a new role and you’re thinking about doing it for about three years before finding your true “long term” job.

If that’s you, you’re going to want to make the most out of the three years that you can, right? This is particularly true if your goal is to spend three years in a higher paying field with the intent to transition into something with “reasonable” hours and the corresponding “pay cut”.

Making the most out of three years

Before we get into the tactics, there are a few things you should know:

Tactics: What you need to do in three years

So what is the optimal path? If you’re thinking that you’ll probably do about three years in your current job and then transition to something else, here’s what I would do:

1) Get rid of those student loans

Law school student loans are a pretty big albatross around your neck. In my experience, you usually come out of law school owing next to nothing or you owe well over $100,000. There’s not a whole lot of people in between. If you managed to escape without any loans, then my sincere congratulations! Celebrate the headstart and move on to the next step.

On the other hand, if you owe over $100,000 in student loan debt, you might feel that your options for taking a less stressful job for less money are nonexistent. That’s assuming you’re making a strong salary. If you’re not, you might feel even more trapped into your job.

What’s worse is that the moment you start working – in addition to six figures of student loan debt – suddenly, there’s a million different demands on your finances. Security deposit? Work appropriate clothes? Furniture? Silverware? Yep, those are things competing for your initial dollars. There used to be a saying in law school (I have no idea if people still say it) to the effect of “I can’t afford that (luxury item/gadget) today but it’ll be a first paycheck purchase.” I hate to break it to you. Your first paycheck is already spoken for. As are your next several paychecks.

But once you get those initial expenses out of the way, it’s time to buckle down on student loan payments. Assuming you plan on paying them back, there’s no reason not to refinance your law school student loans (and get some cashback, which will help you reduce your loans even faster). You’ll pay them off much quicker with a lower interest rate and of course pay a lot less interest over the long run.

When I was repaying my student loans, I found it easiest to set up automatic systems so the student loan payments never hit my bank account. Those automatic payments should be your base payments each month and it should be a huge chunk of money. It may not feel like it’s making a dent in the balance but over time it will. The goal is to get the systems going and running in the background so you spend zero time thinking about it.

After that, get excited about any extra money you can throw at the loans. Life is full of unexpected money. Every $100 or $200 payment toward your loans helps more than you think. Did you get a Fitbit as a holiday gift from a senior partner that you don’t need? Sell it on Amazon for $100 and apply it towards your loans (true story).

#2) Yes, you should still save for retirement

Retirement accounts are still important and need to be funded. I made this mistake in my own hurry to pay off my student loans (although to be fair, I didn’t have the luxury of refinancing my law school loans and so was making choices between paying off 7.5% interest loans and funding retirement accounts). Still, in retrospect, I should have been maxing out my 401(k), Roth IRA and HSA (although I didn’t have access to an HDHP then). It may seem counterproductive to fund small retirement accounts but those tax-deferment and tax-free growth opportunities are too good to pass up. The sooner you get to a point in your career that you’re maxing out those accounts, the sooner you’ll see your overall wealth skyrocket.

#3) Forget about a house

You might be thinking about buying a house during your first few years. Since there are mortgages for lawyers where you can get away with putting 0% down and avoiding PMI, it might be tempting to get started on building equity in a house. I’d wait. If you genuinely think you’re going to work at your current job for three years and then transition to something else, now sounds like a pretty bad time to lock yourself into a mortgage payment and specific location. Put those thoughts on hold. Once you pay off your student loans you’ll be able to build up a down payment pretty quickly and you’ll have more information about where you want to live and where you see yourself in the future. Your house is a terrible investment anyway.

#4) Avoid being that guy or girl

Every lawyer knows someone who worked for three years and then transitioned out but still owed $100,000 on their student loans and had no retirement savings. You might think that won’t be you – and I assume they thought it wouldn’t be them either – but unless you actually do the (minimal) work, this stuff doesn’t happen automatically.

That’s not to discourage anyone from making $2,000/mo payments toward your student loans. That’s a rockstar move by itself. However, if you want to put yourself on a “three year and out” plan, it needs to hurt.

The three year and out plan

Let’s talk about it. Are you or have you ever been on the three years and out plan? What worked for you and what didn’t?

Eight thoughts on The Three Years and Out Plan