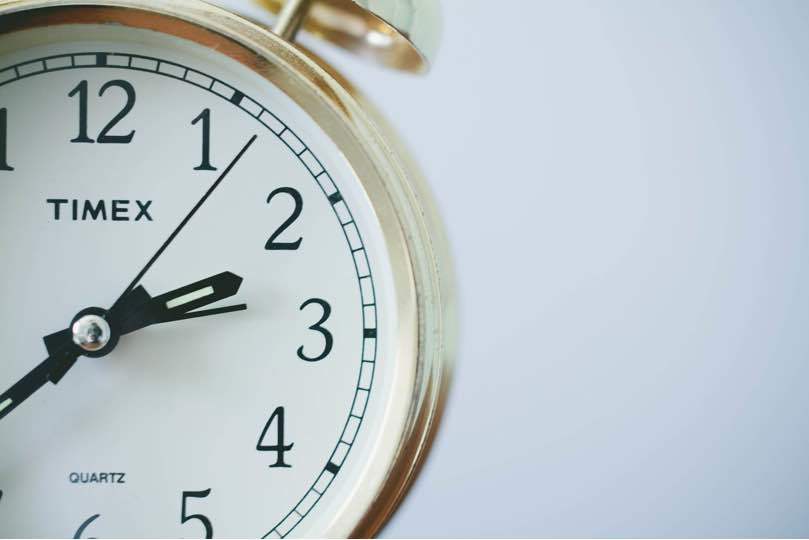 Stop trying to time the stock market. You can’t do it. Seriously.

Timing the market requires you to be right twice. You must be right when you buy and right when you sell. Good luck with that. It’s not going to happen. If you could time the market, you’d be famous and making millions of dollars leading a large hedge fund. Yet, I still talk to a lot of people who think they can time the market. What’s up with that?

Stop Trying to Time the Market

Here’s some actual conversations I’ve had over the past couple of months with people about timing the market:

This one baffles me. Of course the market is at an all-time high. That’s how it works. Companies are always producing more goods and services and the economy is expanding. Take a look at the chart below with the historical view of the S&P 500 from 1976 through late November 2016. How many times would you say the market is at an all-time high? It looks like about 75% of the time to me. Therefore, this a terrible reason to not invest in stocks. Which brings me to the second argument. 2) I’ve been reading about the trouble with X and the results are going to hit the market pretty soon.

Lawyers are a smart bunch no doubt. They read things like the Economist, the New York Times and are generally informed about world events. This fact gathering is a bad idea for your investing career. Please stop immediately. The article you read in the Wall Street Journal about China’s currency problems does not give you special knowledge in the market. There are people who study Chinese currency all day long and they’re laughing at that article because they’ve known about those problems for years. I don’t believe that markets are perfectly efficient, but the market definitely already knows about the article you read in some popular press. Let it go.

But wait, were you the person that called the housing crises before it happened? Did you know that the market was overheated and the bubble was bound to burst? If so, I’d double-check your memory on that. In hindsight it’s human nature to connect the dots but going forward it’s impossible. The truth is that you and I have no idea what the market is going to do tomorrow. It could go up. It could go down. It could stay the same. Not exactly very helpful for predicting the future.

3) Everyone knows the market is going to tank/soar because of X news event.

This is another lie humans buy into and you need to look no further than a few weeks ago to see that you’re wrong. When Donald Trump unexpectedly won the presidency, everyone predicted the stock market would tank on the uncertainty of a Trump presidency. Smart investors talked up a “buying opportunity” and the DJIA futures showed a plunge of several percentage points. What happened the day after election? Stocks finished up. Of course we have no idea on the long-term effect of a Trump presidency on the stock market, but the idea that everyone knows the market is going to tank/soar based on a news event is rubbish.

4) Still think you can? Go play this game and good luck.

If you think you have the chops to time the market, it’s fun to play this game and see how well you can do. The game takes a random 10-year stretch from the stock market and you get to choose when to sell and when to buy back in. Good luck!

Time In the Market Matters

While it’s clear that you have no ability to time the market, you also need to think about the opportunity cost of sitting on the sidelines. For lawyers (a conservative bunch by nature) particularly, this cost often goes unnoticed but it’s very real. While you’re waiting for the right time to invest, your money is being silently destroyed by both inflation and the opportunity cost of missed bull markets.

Let’s say after the 2008-2009 stock market crash you made the right move and kept your current investments in the market. But for whatever reason, you decided to stop making future investments because you wanted to make sure you bought at the right time. When would you decide to buy back in?

As you can see, sitting on the sidelines cost you a serious amount of money. During the bull market run from mid-2009 to the end of 2014 stocks more than doubled at a growth rate of 137.67%. This would have been a bad time to be waiting on the right moment to invest.

However, if you were young and had a long investment horizon, it’s clear that the earlier you get into the market the better your returns over time. It turns out that time in the market really matters.

Let’s take one more random example and look back at the historical chart from 1976 where stocks returned 2052.3%.

Maybe the ‘70s made you skittish on investing with all the inflation, oil crises, etc. going on in the world and so you decided not to invest until it was morning in America again. If you look at the first chart, it doesn’t look like much happened between 1976-1984, so the damage couldn’t be that bad, right?

The time you spend in the market, including the ups, downs and the time when the market moves sideways really does matter. So stop trying to time the market and just jump in. You want your investments to spend as much time as possible in stocks and every day you delay shortens the horizon for the stock market to perform as it should.

Let’s talk about it. Do you find yourself trying to time the market?

Four thoughts on Time In the Market, Not Timing