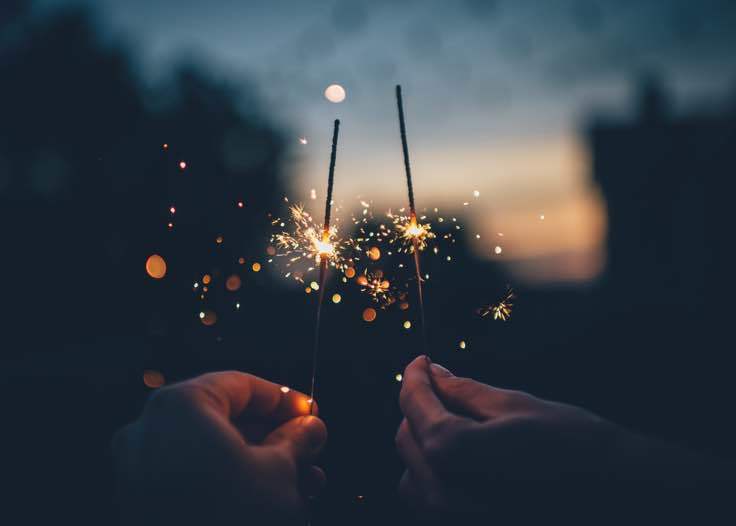 Happy New Year! I’m usually in the camp of “I can’t believe the year is already over” but strangely it feels as though it’s already been 2018 for several months at this point. That probably has something to do with a much busier than expected end-of-year push at the office for me.

Regardless of whether the new year arrived quickly or slowly for you, it’s a time of high motivation with an eye towards everything you can accomplish in the upcoming year. I long gave up trying to fight new year’s resolutions. Even if you think they’re silly, there’s something about the new year that inspires everyone to want to improve some aspect of their life.

Unfortunately, it’s a hard learned lesson of life that motivation alone is completely insufficient to get anything of value accomplished. Those that rely on motivation alone are setting themselves up for failure.

Well, we don’t want 2018 to be another year like this. Your finances are too important.

You could resolve to do better.

People say they know what they need to do. You just need to try higher.

“All I need to do is save more and spend less.”

If ONLY it were that easy. Knowing what to do and actually doing it are very different.

That resonates with me. I’m often disappointed with what I accomplished in a day but pleasantly surprised when I look back over the past year.

Building wealth is pretty similar to physical fitness. Simply doing one or two hard workouts won’t move the needle. Even a full month of hard workout isn’t enough. But changing your lifestyle so that you bike to work? That’ll change your life.

So as we all settle down today to implement this year’s resolutions and goals, I’ll be focusing not on what I hope to accomplish but on what systems I hope to improve or implement. I’m looking for ways that I can do things consistently over the next year.

AND, it’s the consistency that’s the hard part.

Which is why it’s so important to understand why people have a hard time being consistent.

I’d suggest it has to do with these three things:

That’s great if you set up an automatic monthly sweep of $10,000 from your checking account to your savings account. If you undo the step every month by transferring $8,500 back into your checking account, is that really as good as simply setting up a $1,500 recurring transfer? I am positive that the greatest “trick” I ever implemented was simply limiting my salary during the early part of my career. Every year since then the raises and excess have been gravy. It might not have resulted in a ton of savings back when I originally set it up but, when I look back, it’s resulted in a remarkable amount of savings over the past 8 years.

The goal isn’t to set up something that financially hurts. It’s to set up a plan that works for you. Forget about relying on motivation to cut expenses and boost savings. Figure out how much you need each month and limit yourself to that.

And don’t forget to save up for some fun expenses along the way. Not spending money isn’t sustainable. We recently had the experience of going to the top rated restaurant in the world. It made it all the more fun that we planned this expense long in advance and paid for it fully compliant with our saving goals.

2) You never change your relationship with money.

It’s hard to follow a plan consistently if you aren’t able to change your relationship to money. I’m sure most people reading this far have a good relationship with money but what about your significant other? Or what about your own relationship could be improved? Back in the days of paying off $200K in debt, I found I made more progress when I stopped obsessively updating my spreadsheet every day. Why is that? Probably because thinking about money every day makes you more conscious about what you’re giving up. As soon as I let go of that, the time flew by.

In other words, you can’t just rely on the systems (although that’s the bulk of the work). You also need to believe in what you’re doing. If retirement, a house purchase or a zero dollar student loan balance feels so far away as to be unattainable, then you’d probably do yourself a huge favor by breaking it up into smaller goals that feel reasonable. Saving a $1,000,000 might take years but saving $1,000 is trivial. Yet, you only need a thousand $1,000s to have $1 million.

3) You don’t track your progress.

How do you know if you’re making progress unless you’re tracking it? I suggest you update your net worth monthly, so you can monitor progress without focusing on it too tightly. Otherwise it’s too easy to make a promise to yourself and then break it. And that doesn’t feel good. It’s an awful feeling.

Much better to hold yourself accountable monthly and to find people and ways to support yourself throughout the month. A good comparison are all those law school exams where we started a class and six months later took an exam. How many of you were motivated to study during that semester?

Compare that to an undergrad class where:

What do you think the success rate is with the undergrad class vs law school? Obviously it’s MUCH HIGHER in undergrad. In law school, it’s up to you to find the motivation and we know how that goes.

The same pattern applies with personal finance and investing. Take the undergrad option and set up checkpoints along the way. Build checks and balances so you can have fun AND save. Most importantly, get started moving in the right direction.

Here’s a photo of my 2018 wall calendar waiting to be filled in. What does yours look like? Let’s talk about it. What goals do you hope to accomplish in 2018 and what systems have you set up to achieve them?

One thought on Abandon Your Motivation Today