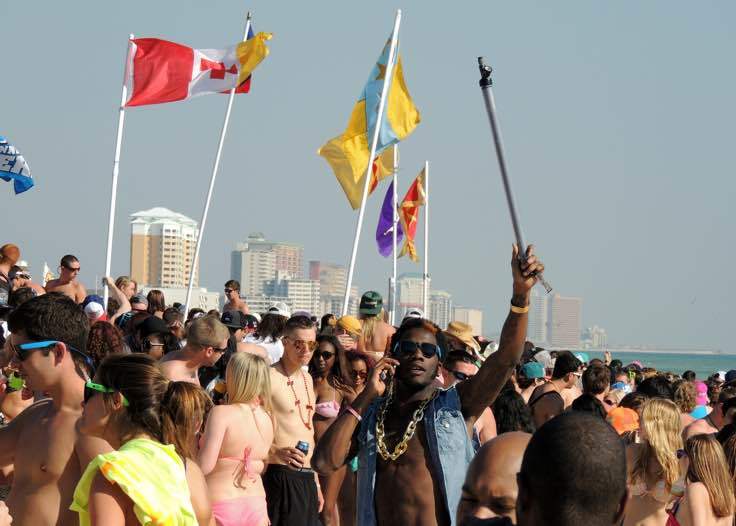 Recently a reader wrote in asking about advice around expenses surrounding a bar trip. It’s getting to be so long since I had the opportunity to take a bar trip that I had nearly forgotten such things existed. Specifically, this reader is considering taking on some credit card debt and enjoying the “little freedom you have left” vs taking an earlier start date and hitting the ground running.

For those that aren’t familiar, law students graduate in May and typically take the bar exam in July. Many won’t start working until September or October, thus giving you a couple of months of freedom. Historically law students took advantage of this time off by taking a “bar trip” as a last hurrah before beginning the grueling work of being a first-year associate at a firm.

In my personal experience, bar trips died a quick and painful death in the fall of 2008 with the implosion of the US economy during the Great Recession. I remember the graduates from the classes of 2006 and 2007 sharing stories of epic bar trips (likely funded with credit cards). And then the bottom fell out of the economy and law students started worrying exclusively on whether they’d have a job at all.

When I graduated in 2009, the few lawyers that had jobs were facing long deferments. It wasn’t unusual for people to spend an entire year working at a nonprofit / government agency supported by the law firm while everyone waited for the economy to recover. While I’m sure some people did take bar trips, nobody talked about it. With blood on the floor it hardly seemed appropriate to be talking about seeing the Taj Mahal.

But times have changed. We might not be back to the roaring mid-2000s, but fresh faces have arrived at the gates of the bar trip and I’m sure many are planning on taking some fun trips with borrowed funds.

Should I Take a Bar Trip?

First, it’s your money so you should do with it as you please! We’re all making financial decisions and trade offs, so there can’t be a right answer. Personal finance is personal.

I’ll argue that it’s probably foolish to borrow money at 18% to fund such a trip but I don’t have to live your life, so you’ll have to make your own decision here.

The problem with a bar trip (and a delay in your start date as mentioned by the reader) is that you’re putting off the process of getting your financial life in order. By delaying this ultimate reckoning, you’re tightening the noose around your neck. If you already thought working in Biglaw would rob you of your freedom, you’re really going to feel that way when you have a few extra thousand dollars on a credit card and more interest accumulating on your student loans.

The other strong reason to skip a bar trip is that while you might think you’re “enjoying your freedom”, you’re probably limiting your consumption in the long run. Who wants that? Sacrificing total lifetime consumption to achieve a quick hit of consumption today is a recipe for shortchanging yourself over the long run and is a dangerous precedent going forward.

The problem is that it’s difficult to know how much your bar trip is costing you in the long run, so let’s play with an example.

If you don’t like my calculations (perhaps because you refinanced your law school loans), feel free to use your own numbers, but suffice to say that the long term cost can be quite steep (some observers might comment that this is true no matter what the expense – the $1000 iPad that you buy today would be approximately $17K in 30 years).

For these reasons, when you’re “worse than broke” as they say, I’d strongly consider skipping the bar trip until you can right the financial ship. You don’t even know how you’re going to react to working at a firm. Would you really want to put yourself in a situation where you’re obligated to work an extra couple of months to fund a trip that lasted for a couple of weeks?

I like to travel as much as the next person and have been fortunate enough to take some great trips. The ones I paid for in cash were a lot more fun because I never felt guilty for spending the money.

I managed to take those trips while working in Biglaw (yes, you too will be able to get away).

Don’t think that your last and final chance to travel is the few months before you begin your career. In fact, there’s likely to be two other times during the early part of your career when you’ll be able to take an epic trip if that’s what you want to do.

Lateral Moves. Many lawyers switch firms at some point in their career. If you do, you’ll probably build in a few weeks (or an entire month) between when you leave the old job and start the new job. Employers often want you to show up refreshed anyway, so it’s a great time to take a break for yourself (in the worst case scenario, tell the new firm you’re working on some big projects and need to give four weeks notice – tell the old firm that the new firm wants you to start right away and give them two weeks notice). During this lateral move, you’ll have the money to take a great trip AND you’ll want it more than ever after putting in a few years of long hours. The trip will be that much sweeter.

Leaving Biglaw. The other moment for a great trip will happen when you inevitably leave Biglaw. Take the opportunity then to rest or go on a fantastic adventure vacation. Again, you’ll have the funds to do so and thoroughly enjoy it since it’ll be on the tail end of your Biglaw career.

But I recognize that these arguments may not be convincing to you – after all, you have a lot of freedom right now and it doesn’t sound too appealing to stay at home. Just understand that it’s a tradeoff with real consequences either way (either missing out on this one trip or paying for it with borrowed funds). You can afford anything but you can’t afford everything. Make the decision that aligns with what you want in the long run.

Let’s talk about it. Did you fund a bar trip with a credit card? Do you regret it or was it worth it? You only live once! Let us know in the comments.