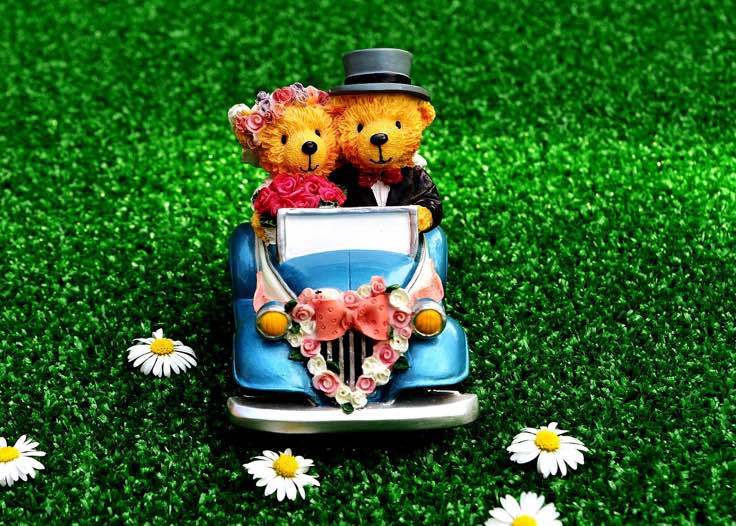 Getting married can be a lot of work. I should know, as I just recently tied the knot myself. Even though my wonderful wife handled 90% (95%?) of the planning – and even though we wanted to have a “low key” wedding – there’s a ton of planning that goes on any time you’re putting on such a big event.

Thankfully everything went off without a hitch and now I’m back thinking about all the financial repercussions of being married (truthfully I started working on this article during the beginning of the year).

Being married definitely changes how you handle your finances. We’ve already taking advantage of shifting of our income. But what about all the little rule changes that happen when you switch from filing your tax returns as single to married? I’ve tried to round those up here.

When You Get Married Doesn’t Matter

Effects of Marriage on IRAs

In our situation, we got married in July but the IRS will treat us as married for the months of January through June too. Accordingly, it’s important to think back to those months and make sure you’re not running afoul of any of the tax rules (or better still, take proactive measures if you’re planning on getting married).

Along the same lines, earlier in the year we took advantage of income shifting to make sure her Roth IRA was maxed out for the previous year. This is because of a quirk in the Roth IRA funding deadline that allows you to make a contribution under the previous tax year anytime between January 1st of the current year up until the tax filing deadline.

For us, once we knew we were getting married, we took advantage of this rule to max out her Roth IRA contribution for 2016. Since my wife filed her taxes as Single in 2016, she was able to make this contribution directly through the front door (albeit with money I moved from my accounts into hers). This was a handy way for us to get an additional $5,500 sheltered and even better that we could do it for the previous tax year. I don’t want to leave any tax-advantaged space behind!

Although not applicable to us, another benefit of filing your taxes as married is that one spouse can make a contribution to another spouse’s IRA regardless of whether that spouse has any earned income for the year. If your spouse is taking a year off, raising kids or otherwise doesn’t have any earned income, they would typically not be allowed to make an IRA contribution since you must do so with “earned income”. The spousal rules remove this restriction, which means the working spouse can contribute the maximum amount to each spouse’s account.

If you live in a location with high state and local taxes (like New York or California) or if you own your own home, chances are good that you’re itemizing your deductions on Schedule A each year. This is because the standard tax deduction is $6,350 (as of 2017), while your state and local taxes and mortgage interest is likely to be much higher.

Choosing the standard tax deduction or itemizing your deductions is an either/or proposition. If your itemized deductions are higher than $6,350 (or $12,700 filing married), then you’ll go with those. If they’re lower, you take the standard deduction.

The problem with taking the standard deduction is that you don’t get any additional credit for below the line deductions that you would have otherwise been able to claim had you itemized your deductions (e.g. gifts to charity).

In other words, all of her charitable contributions which were previously not deductible are now deductible. We’ll take it! In case anyone is wondering, yes – for the past couple of years I’ve made her gift me all donations and then I’ve made them myself. But I still wanted to highlight to difference in case anyone isn’t thinking of it.

However, there is still a “marriage penalty” in the sense that the married tax brackets aren’t exactly twice the amount of the single tax brackets.

You can calculate whether you’ll receive a marriage penalty or a marriage bonus using this calculator, but the calculations are a bit flawed for those of us that itemized our deductions. The calculator will take into consideration those itemized deductions when calculating how much tax you have to pay as a Single filer but then it conveniently forgets to include it and switches you to the standard deduction when calculating your taxes as married.

Update: If you want to give us a gift at no cost to you, sign up with Zola (the fantastic company we used to organize all of our gift registries). We’ll get $50 for referring you and you’ll get $50 for signing up. Zola has a number of cool features: (1) you decide whether or not purchased gifts are shipped to you; (2) full support for third-party items; (3) return shipping is free if you don’t like or need the gift and (4) 10% off items on your registry that don’t get purchased.

Let’s talk about it. I think that about wraps up the immediate tax issues going on in my head over the past few months. What did I leave out?

Fifteen thoughts on Getting Married and Taxes