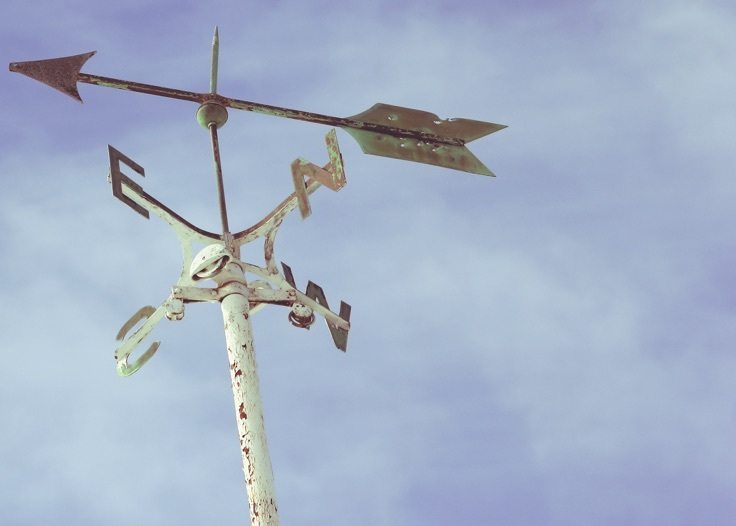 After I filed my taxes and completed my 2018 tax report, I thought it would be interesting to run my taxes through several different scenarios to see how much I could save if I lived in a different city or state.

Many lawyers make decisions about where to live based on the cost of living (although those of us in Biglaw are mainly confined to big cities). I doubt that taxes play too much into many people’s calculation but it’s likely your greatest expense, so it’s worth examining. I’m sure everyone agrees that there’s a big tax difference between living in NYC or Houston.

Putting aside the politics of high-tax states vs. low-tax states and obvious cultural differences, from a strict numbers point of view, just how much lower would my taxes be if I lived in a different state or city?

If you’ve ever considered moving to a different market or are a rising 2L trying to decide which city to focus your career search on, this article is for you.

Let’s consider the most straightforward move at first. What if I moved outside of NYC but stayed in the state of New York? I’d be able to escape the New York City tax.

If I were to move outside of NYC but stayed in the state of New York, I’d eliminate the New York City tax but still be subject to the same state tax rates.

Turbotax makes it easy to run your taxes through alternative scenarios. After I finished and filed my taxes, I saved a new version of my tax file and then entered a non-NYC address and made a few selections to let Turbo Tax know that I was no longer an NYC resident for purposes of this hypothetical.

First, my federal taxes increased by about $5,000. That makes sense as I could no longer deduct the New York City tax on Schedule A. The increase in federal taxes was immediately canceled out by a decrease in the AMT tax, for a net change of $0 from my actual 2017 federal taxes. This makes sense because AMT disregards state and local taxes anyway and I’m always going to have to pay the higher of the two, which in this case is still AMT. Many people think state and local tax deductions are valuable because you deduct them on Schedule A. But if you’re paying AMT, it doesn’t matter.

Second, my state taxes stayed the same. If you still live in New York (or work for a NY company), you’re still subject to New York state taxes.

Third, my New York City taxes dropped all the way to $0 (duh!). Not paying NYC tax resulted in over five figures of savings, money that would flow directly into our pocket.

Conclusion: Essentially, New York State would pay me over $1,000+ a month to move out of New York City and into the suburbs. How’s that for an incentive to relocate?! I’m paying $1,000+ a month on top of my Brooklyn rent for the privilege of living in NYC

Let’s make the hypothetical slightly more complicated. What if I moved to a different state right across the Hudson River? I would no longer be subject to New York City taxes, but now I’d also have to navigate New Jersey and New York State taxes.

Following the same steps as I did above, I saved a new version of my tax return and switched my residency to New Jersey.

Not surprisingly, federal and payroll taxes stay the same. There’s nothing that changes there, so it’s on to my state return.

New York State still taxes you on income generated in New York, so New York State taxes are mostly the same. It’s not quite identical because this blog earned a tiny bit of money and that money would be considered money earned in New Jersey, and therefore a small amount of my income would not be subject to New York State taxes. It’s such a minimal amount at this point that it doesn’t move the needle on taxes, although it could be material down the line.

Obviously, another benefit of living in New Jersey would be the New York City tax savings where I’d still be saving five figures every year.

Conclusion: New Jersey would also pay me over $1,000+ a month to move out of New York City and into one of its municipalities. It wouldn’t give me quite as much of a discount as living outside of NYC (but still in New York State), but it would lower my sales tax by 2% which counts for something (i.e., $200 for every $10,000 spent). It’s also worth noting that any income you have that’s not connected to New York State would be taxed at the lower New Jersey state tax rates.

What about California? There are a lot of Biglaw jobs out in California. Would I be doing better if I lived in San Francisco or Los Angeles? Neither city charges an income tax (in fact, not many cities in the United States do) but California is known for its high state taxes. I always wondered how this would work out.

Following a familiar pattern by this point, I ran the same numbers through Turbotax to see what would happen.

As expected, the federal and payroll taxes stay the same.

Of course, the New York city tax is also eliminated. So from my current perspective, as someone paying both New York State and New York City tax, my overall tax state and city tax burden would decrease by 25.11%! That’s pretty substantial. You save all of the New York City tax while only paying a 16.7% increase in your state taxes. Not a bad deal.

Conclusion: California is also substantially cheaper from a tax perspective. I wouldn’t quite get the discount that I’d get if I moved to New York State or New Jersey, but I’d still be saving about $800 a month. Moving to California would be like the state saying, “Hey, we know the rent is high – so go ahead and knock off $800/mo from any listing you see to get your true rent payment. We’ll pick up the tab.” Honestly, that’s a little surprising since I typically think of living in San Francisco and New York City as about the same from a financial perspective. After running the numbers it looks like it’d be cheaper to live in San Francisco.

Finally, I had to run the numbers in a state like Texas with no state income tax to see how they would shake out. If I wanted to boost my after-tax income, a state like Texas seems like a perfect place to go. How much could I possibly save?

First, my federal taxes went up! How could they possibly go up when you’re moving to a no-income-tax state? Well, blame it on the fact that I lost all of my state and local tax deductions. For once, I’d escape AMT as my federal tax burden on the regular tax system would be higher than my tax burden under AMT. This results in an increase of about 4.9% in my federal taxes. So much for all the tax savings, right?

But then I looked at the rest of the numbers and quickly realized there was nothing else to do. No state tax return to file. No city income taxes to pay. Sure, my federal taxes went up by 4.9%, but my state and city taxes evaporated completely.

The result is an astounding 24.31% drop in my overall tax burden. Saving $1,000 a month? Nope. That’s more like saving $3,000 a month. The slight increase in my federal taxes is buried by not having to pay state and city taxes.

Conclusion: If you decide to move to Texas and rent something affordable, it’s essentially free to live in Texas. The tax code in Texas is telling me that I can continue to maintain my saving and spending level precisely as it is, meanwhile Texas will cover my rent for anything below $3,000. That’s pretty incredible since if I weren’t paying rent (thanks Texas!), I’d be saving an additional $3K a month.

Wrapping It All Up

Of course, this isn’t an exhaustive comparison of the significant differences between living in these various locations. For example, property tax is different between the states. As a renter my property tax burden is already baked into the rent, so that makes it pretty easy to compare. Except for San Francisco, every other tax jurisdiction I compared had substantially lower rent as well.

If I were a first-year associate considering where I wanted to practice, or a lawyer working in NYC, I’d give some serious thought to these scenarios to make sure that living in NYC is worth the additional tax burden. We’re paying for the privilege of living here. There’s nothing wrong with that but everybody should know the cost.

Let’s talk about it. Taxes may not be the number one reason to choose where to practice law, but it obviously can have a significant effect (especially compounded over time). Would you move to save money on taxes?

Sixteen thoughts on Should I Move to Save on Taxes?