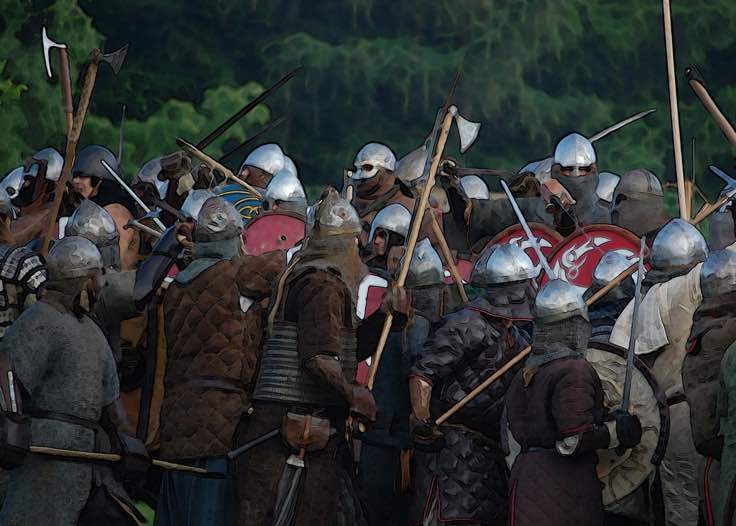 Recently Sheryl Sandberg gave some great career advice summarized in two simple words: ruthless prioritization. I’ve come to believe that achieving your financial goals can be summarized in those same words. Ruthless in the sense that you’re willing to make things difficult for yourself by prioritizing saving. Prioritization in the sense that in order to actually achieve your financial goals you need to actually prioritize them.

Let’s unpack those two words and then talk about some areas of ruthless prioritization in my own life.

Prioritization is simply placing certain goals above others. Even if you don’t think you are prioritizing actions, simply reviewing what you’ve been doing will quickly reveal your priorities. As Greg McKeown said, “If you don’t prioritize your life, someone else will.”

Combining the two we get ruthless prioritization which I interpret to mean that your saving goals come before all else, even to your own detriment.

Want to take an Uber to the airport but would have to sacrifice a savings goal? Taking public transportation is ruthless prioritization.

Need an extra $500 in your budget this month because of an unexpected expense? Transferring that $500 to your investment account instead is ruthless prioritization.

Yes, there will be hardships throughout the entire month now that you’re $500 short. But you likely will figure out a way to make it work.

The same can be said for countless other actions. Want to buy the latest iPhone? Do you have the money? If not, maybe you’ll wait until October or November. That’s ruthlessly prioritizing your savings goals above all else knowing that it’ll just take a little longer to buy what you want.

Sheryl Sandberg goes on to say that ruthless prioritization is about only doing the very best of ideas. While sometimes we have good ideas, in truth there’s not enough time to execute on all the good ideas. It’s only the very best ideas that should capture our attention.

In other words, you have to say no. All the time.

As professionals, this should be pretty familiar to most lawyers. There comes a time in your career and life where there are simply too many things to do and not enough time to do them. This leaves you with only two options: either try to take on everything and let others prioritize your time or saying no and disappointing people.

When it comes to prioritizing your financial goals, it’s really the same thing. If you don’t do it yourself, others will happily step in and prioritize them for you. This could be consumer spending, increased rent, paying a mechanic or basically any service that charges you more than $20/month. Everyone is happy to prioritize your spending above your savings goals for you.

To actually begin saving at the rate that you want to save, you’re going to have to say no to certain expenses, even at the risk of disappointing others. That’s the ruthless prioritization you need to achieve your goals. And why shouldn’t you be taking actions in furtherance of your own goals? If not you, then who will?

Some Examples of Ruthless Prioritization

Over the years, I’ve gotten better about prioritizing my own financial goals at the expense of others (but usually it’s at my own expense, since the person most likely to muck up my financial plan is myself).

To do this, I prioritize saving before everything else, which means setting my own salary and planting seeds for financial success that may not grow for several years. It means knocking out my retirement and savings account maximums in this order.

Often it means sacrificing something when an “unexpected” expense comes up. Take for example the start of the fantasy football season. Somehow each year I forget that lawyers are willing to gamble away so much money in expensive leagues. Yet I play because it’s fun and good for morale. So what happens when the couple hundred dollars in “unexpected” expenses show up each September? I could either save a little less this month or I could force myself to spend less somewhere else. Given that I feel like I have a pretty tightly oiled machine running, it’s not super easy to cut this spending from other areas but I definitely did this month. And then I added a line item expense to YNAB so that next year I won’t have this problem.

Ruthless prioritization also means that I’ve set up systems to take care of the savings for me. It takes some initial investment to get everything running and even though we’ve been married for a couple of months now, there’s still some work to do ironing out our shared financial outlook. But once you get it going? Time passes so quickly that before you know it you’ll be well on your way to whatever financial goal you want to achieve.

As Sheryl Sandberg said, it’s about focusing on the very best ideas and saying no to the many good ideas. For your own financial goals, that means figuring out the very best way to achieve them and then ignoring the other “good” ways of getting there. An example would be spending the time to learn your actual monthly expenses (and therefore the amount you can save each month) rather than using a service like Digit to figure out your savings goals for you.

Let’s talk about it. What are you doing to achieve ruthless prioritization?

Two thoughts on How to Achieve Ruthless Prioritization