If you’ve been around the site for a while, you’ve likely seen that both our law school budget and our Biglaw budget allocate less than 50 dollars towards internet service monthly. We mean it. You shouldn’t be paying more than 50 dollars a month for internet. It doesn’t matter if you live in NYC or LA, Chicago or Austin, Nashville or San Francisco. Sound crazy? It’s not and I can prove it.

In this post, I’ll first run through when having the premium ultra-deluxe internet package matters, and when it doesn’t (which is most of the time for lawyers). After that, I’ll highlight a sub-50-dollar plan in some of the largest legal markets. I’ll close out with a bonus section about special deals for those of you who are still in law school.

It’s not the ‘90s anymore. No matter what internet plan you choose, you won’t have to watch pictures on your laptop load line by line. To put in perspective how overkill many of today’s plans are: an internet plan that offers a download speed of 1,000 Mbps (1 Gbps) is capable of streaming Netflix in 4K on 40 TVs simultaneously. Not too many of us have 40 TVs in the first place, and those who do probably aren’t too worried about spending more than 40 dollars a month on internet.

An average lawyer who needs to send some emails, join a video conference or ten during the day, and maybe stream some TV at night needs 50 Mbps download, max. That’s more than enough for anything she, a significant other, and maybe some kids will need to do. Streaming a movie in HD takes about 5 Mbps. Sending an email takes about 1 megabyte, possibly more depending on attachments. You need around 3 Mbps for a video conference. If we do the math, unless you have 5 people streaming TV shows, 5 more video conferencing, and a final 5 sending emails every single second, 50 Mbps will be more than enough bandwidth.

So, when do you need a top-of-the-line internet plan? The top-of-the-line plans obviously exist for a reason, right? The short answer is yes; there are people who need a massive amount of upload or download speed or require expensive ultra-low latency connections.  Fortunately, most lawyers don’t have these sorts of needs. If you’re reading this part of the article, you almost certainly don’t need a high-end internet package. Those who do are almost without exception part of high-tech communities who already know their internet needs.

(Side note: Algorithmic traders are one subset of people with crazy internet needs. I just finished a book, Trading at the Speed of Light, that highlights some of the ridiculous network setups some Wall Street traders use. For them, every fraction of a millisecond counts. This has led to random parking lots in rural Pennsylvania, which by chance happen to be the ideal location for a wireless tower between New York and Chicago, selling for tens of millions of dollars.)

Now that we’ve established that most lawyers don’t need the premium ultra-deluxe internet package, it’s worth mentioning what you do need in your internet package. There’s only one major requirement: reliability. If your internet is down 25% of the time, it doesn’t matter if you’re getting 1 Gbps the rest of the time. You’ve already missed the meeting and raised your blood pressure in the process.

To summarize: You, the typical lawyer, only need an internet plan from a reliable carrier with speeds of around 50Mbps. Anything else is unnecessary. Armed with the knowledge of exactly what we need from our internet provider, we can look for the cheapest plans that offer those services. Fortunately, plenty of options exist.

From sea to shining sea

Let’s run through some cities with major legal markets, highlighting affordable internet plans in each location that meet the needs of your typical lawyer.

Some notes on the methodology I used:

NYC: For NYC, I’ve gone with Spectrum. They offer 400 Mbps for $44.99 a month, plus a one-time installation fee of $44.99. This is a promotional rate that only lasts two years, so you’ll need to go plan shopping after the two years are up if you want to avoid a $50/month rate hike.

LA: I’ve again gone with Spectrum. Though slightly more expensive than NYC, they offer 200 Mbps for $49.99, plus a one-time installation fee of $19.99.  This is, again, a promotional rate that only lasts a year. After that, you’ll need to switch providers or pay an extra $25/month.

Austin: Again, Spectrum. They seem to offer the best rates of any of the major carriers. The same deal that’s available in LA is available in Austin: 200 Mbps for $49.99, plus a one-time installation fee of $19.99. Same issue with paying an extra $25/month after 12 months if you don’t switch providers.

Chicago: I’ve switched it up for Chicago and chosen Xfinity as the provider. Unlike Spectrum, they offer a 50 Mbps plan and it only costs $30 per month. (You can pay an extra $10 for 100 Mbps, if needed.) Unfortunately, there’s a $14/month surcharge if you want to use an Xfinity modem. If you’re technically inclined, you can install your own modem or keep using your old modem if it’s compatible with Xfinity’s plan (which it should be).

Nashville: Unfortunately, to get a rate of less than $50 per month in Nashville you’d need to have a plan with a data cap. The cheapest uncapped plan is one from AT&T, which is $45 per month for the plan and $10 per month for the modem. (Rented modems are one of the tricks internet plans play to jack up prices. When purchasing a plan with a rented modem, see if the provider allows you to install your own modem to avoid this charge. Many do.) Luckily, it looks like they’re offering a $250 rewards card for signing up for a yearlong contract, so the effective cost per month is $35.

A bonus for students

For those of you who are still in law school, there are a couple ways you can lower your internet bill further.

There’s a surprisingly little talked about allocation of President Biden’s 2021 infrastructure bill intended to help low-income individuals (including students) get affordable internet access. If you file your taxes independently and make $27,180 or less according to your most recent W-2, you’re eligible for a $30 credit towards your monthly internet bill. Participating internet providers include Spectrum, AT&T, and many other major names. Here’s the link to the program’s page if you’re interested in getting started.

There are also plenty of internet providers who offer discounted student rates. Xfinity, Spectrum, and AT&T all offer special discounts for students.

That’s all I have for today. Anything I missed about finding affordable internet plans? Don’t agree that 1GB upload and download is unnecessary for sending emails and joining WebEx meetings? Let me know in the comments. 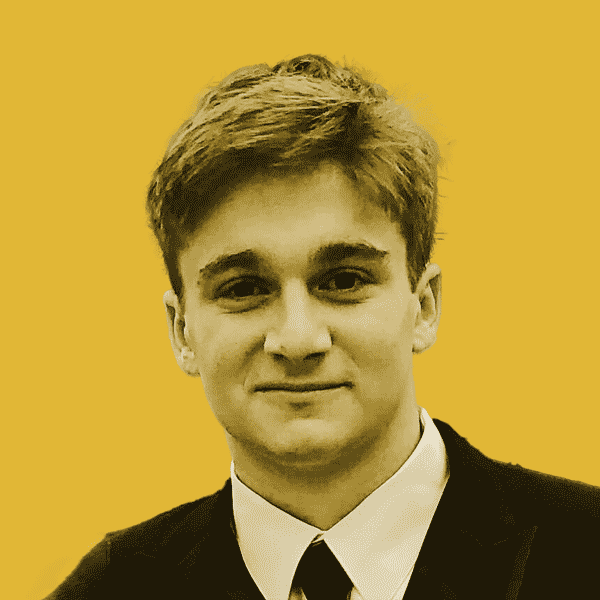 Joseph Parise is a junior at the University of Buffalo. Joseph grew up in New York and is majoring in Philosophy and Economics. He is currently taking a gap year to study for the LSAT exam and to serve in the US Air Force Reserves.