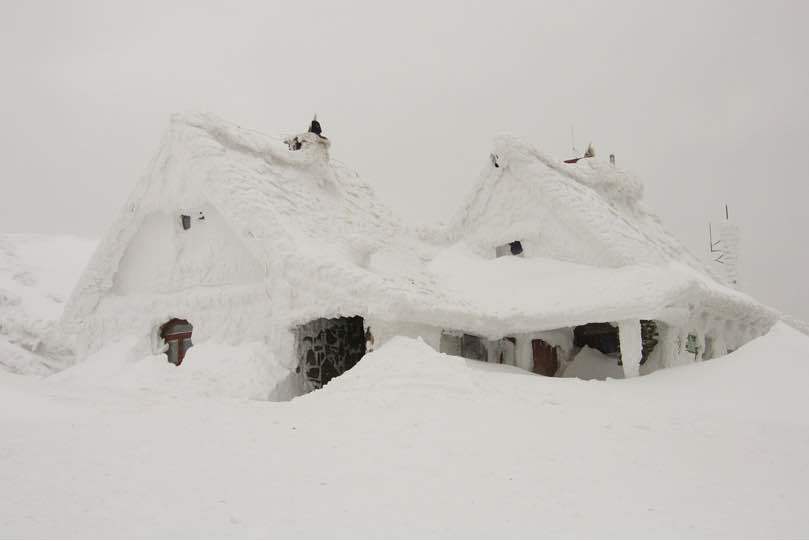 As the new year approaches, I’m starting to put together my financial plan for 2017. High up on my list is maxing out my retirement accounts in January, including the full 401(k) and Roth IRA contributions, which I’m grateful I can do thanks to the annual Biglaw bonuses.

When people consider whether they should max out retirement accounts earlier in the year, many times the discussion revolves around dollar-cost averaging and whether it’s better to spread your investments over the year.

Dollar-cost averaging is an inferior investing approach, which I will discuss below, but there are also many other reasons why I think it’s a good idea to max out the contribution as early in the year as possible (see the end of the article for the one example where it’s not).

Dollar Cost Averaging Is For Rookies

Many people talk about dollar cost averaging as a way to reduce risk in the market. Why invest the entire sum when you can spread it out over many periods and take advantage of the market lows? What’s usually missing from the advice is that dollar cost average is a technique for managing the investor’s own bad decisions. There are much better methods for managing behavioral risk, including ones that don’t lower your expected return.

Of course it does. Is it more risky to drop $100K in the market or instead to sprinkle it across $1K separate investments over the course of a year? The first feels like there’s more risk involved, right? With the second option you’ll be sitting on a big pile of cash throughout the year as you slowly make your investments, so it feels safer.

The reason why one option feels riskier and the other option feels safer is because one is riskier and one is safer. Therefore, we would certainly expect the lump sump investor to have a greater expected return because the lump sum investor is taking on more risk. In this case, the risk doesn’t feel like that big of deal when you have a longterm horizon, so it’s the kind of risk I want.

On the other hand, many investors may mistakenly think they are dollar cost averaging when they’re making monthly or bi-weekly investments in their 401(k) plan. That’s actually called periodic investing and is the way that most people invest throughout their lives.

An investor making periodic investments has no other choice. She can’t invest an entire year’s worth of paycheck up front because she hasn’t yet earned the money to invest.

Dollar cost averaging is an alternative way to invest when you have the ability to invest a lump sum all at once. The most obvious example is an inheritance.

If the investor chose to dollar-cost average, it may help her stay the course with her investing plan and minimize any regret if the investment goes down in value shortly after buying it. This is because, if the price decreases, any future purchases will be bought at a discount to today’s price.

It also helps the investor avoid a situation where she does nothing. Many people are too afraid to invest such a large sum in one single transaction and so will just leave it in a savings account while they’re distracted with everyday life.

For an investor that is committed to a longterm view of investing and the market, dollar cost averaging presents some serious challenges:

1) Rising Market. The market generally goes up. Companies are busy producing goods, making money and expanding their operations. An investor that chooses to dollar cost average will not be in a favorable situation if the market increases in value while she is purchasing stock. Of course there is no way to know how the market will act in the immediate future, but an investor certainly believes that her investment will go up (or else why make the investment), so a momentary decline shouldn’t cause any panic.

2) Lost Dividends. An investor that is dollar cost averaging will miss out on any dividends paid during the time when the investor isn’t invested in the underlying stock. If you’re not a stockholder, you aren’t entitled to dividends, so don’t expect to receive those while your money is in cash.

3) It’s More Complicated. An investor who is dollar cost averaging has to set up some system to make periodic investments. Do they keep the cash in a high interest savings account and make transfers each month? Or do they keep it in a Vanguard settlement fund? It’s not something I would want to think about. Just fund the investment and move on. Life has plenty of other things to keep me busy. There’s a real cost to making your financially life more complicated. Resist the urge.

Dollar Cost Averaging Feels Safe Because It Is Safer

Many people chose to dollar cost average because it feels safer and less risky than pushing a large amount of money into the stock market. That’s fine. It is safer. If there’s a major stock market correction in the next 3 months, you’ll do better if you are following through on a plan to DCA your investment. But generally speaking, the market pays you to take on risk. Less risk means lower expected return. As I’ve written about before, it’s time in the market, not timing the market, that counts.

So, what do you do if the thought of making such a large upfront investments make you feel uneasy?

The answer is that you should invest less money in stocks.

That uncomfortable feeling is a risk tolerance issue and one that you can manage through asset allocation (i.e. the breakdown of your investment among stocks, bonds and other financial instruments).

Going back to our previous example, if you’re faced with the choice of investing $500K and feel uncomfortable about a 100% stock allocation, perhaps a 60/40 split between stocks and bonds will make you feel more comfortable?

Since the lump sum investment has a higher expected return and since I want my money in the market for as long as possible, I choose to make the full investment up front.

As Larry Swedroe wrote in this article:

The bottom line is that while there’s no logical reason to DCA (as it’s an inferior approach).

Not only is lump sump investing a better approach, it means I’ve knocked out the $18K contribution early in the year and can focus on saving money in other ways, thus ensuring I’m doing my best to maximize my savings rate for 2017.

Because once your 401(k) is maxed out, you start looking around at excess money and begin to wonder what you should do with it.

This applies even if you’re not in Biglaw.

Great, that will give you four full months from September through December where you’ll have “excess” cash coming in. Make a few smart decisions and you can use that extra money to pay down student loans, fund a car purchase or max out a Roth IRA.

Investing is mainly a psychological game, so set yourself up for success by removing the decision points.

If your employer gives you a 401(k) match, you need to make sure you understand how the match works before you decide whether to max our your retirement account early or not. If you’re not careful, you could inadvertently miss out on some of the match money.

The reason? Because a few employers will only provide a match on contributions made during that pay period.

Consider the following three examples. Let’s assume your employer provides a 4% match (most firms do not give you a match – if you don’t get a match, no need to worry about the below).

Example 1. The employer matches every dollar you contribute until the match hits 4% of your annual compensation. By front-loading, you’ll get the match early in the year. No problem!

Example 2. The employer matches up to 4% of your compensation for the particular pay period, as long as you have already made an equal contribution to your account during the year. By front-loading you’ll have more than 4% of your salary already contributed to the account, so each pay period your employer will add 4% of that pay period’s particular compensation. At the end of the year, you will have received the full match. Also a great outcome.

Example 3. This is the scenario where mistakes are made. Some employers will only contribute up to 4% of your compensation for that pay period as long as you make a contribution to your 401(k) in an equal amount during that same pay period. If you make all of your contributions early in the year, you’ll be missing out on the 4% match later in the year when you’re not making contributions.

The only situation you need to avoid is Example 3. Contact your HR department or read the plan document yourself if you’re not sure how your employer applies the match.

Let’s talk about it. Are you planning to front-load your 401(k) and other retirement investments in 2017?

Seventeen thoughts on Dollar Cost Averaging Is Not For You