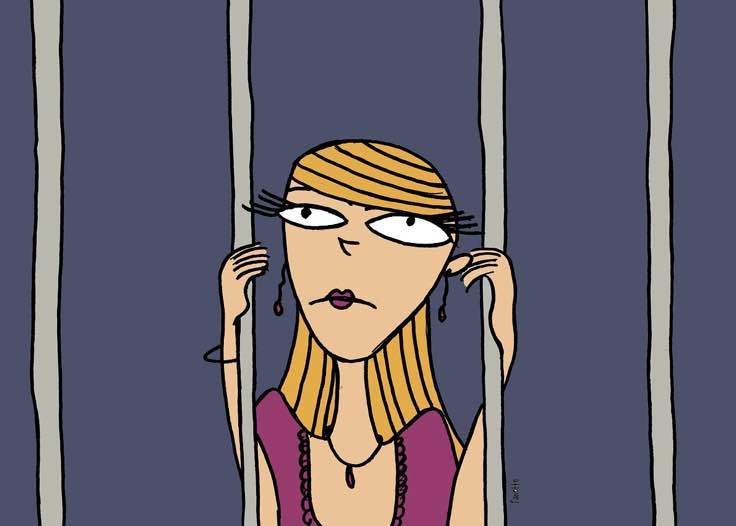 The other day a friend told me that he bought a house. And then he corrected himself and said, “Actually, the bank bought a house. They’re letting me live there while I slowly repay them.” It got a good laugh from the group and is right on point. It started me thinking about all the ways the lawyers lock themselves in to various debt that seems “normal” including debt that is much worse than a mortgage.

I spend a lot of time on financial forums and it’s not uncommon for a high earner to list their income and expenses and ask for advice. It always make me scratch my head when I see a lawyer explain that they’re making $120K a year and then list expenses like “$8K car loan” or “$2K credit card debt <—— We HATE this debt”.

Why are these lawyers choosing to essentially work for the bank? Bank shareholders grow rich each year thanks to these lawyers who are willing to spend a few extra hours at the office so they can pay unnecessary interest to a bank.

Here’s a few that come up rather frequently:

I bet that you didn’t know that the big box on every credit card offer that comes in the mail is called the Schumer Box, named after Senator Chuck Schumer. Yet, it’s hard to miss the box because the law requires it to be in 18 point font. There’s no hiding the relevant information in small terms and conditions text when the law mandates a big box with the interest rate prominently displayed.

Assuming you’re familiar with the box, you’ve probably noticed that credit cards charge between 15% – 30% interest. Do you know of any investment return that pays a 15% – 30% return? If I did, I’d buy as much of it as I could. If you’re paying interest – even for a month – at that rate, you are someone else’s awesome investment. You are single-handedly funding their house in the Hamptons or yacht purchase.

If you’re making a decent salary, there’s absolutely no reason to carry credit card debt even for a day. If you find yourself paying interest from time to time, you have a cash flow problem that can be fixed with some simple budgeting.

Debt and an Emergency Fund

Car loans are the most likely payment to see listed on an income/expense report. If you’re grossing $10K – $15K a month, how long could it possibly take to pay off a $5K car loan? A lawyer’s status symbol shouldn’t be driving a fancy car while carrying a loan. It should be driving a paid-off car. The idea that you’re gaining some type of arbitrage by borrowing at 1.9% and investing the difference doesn’t hold water. You’re either not disciplined enough to follow through with this at the level of precision needed to make sure you don’t mess up or you’re spending way too much time trying to squeeze out a marginal return, when you should be focused on increasing your savings rate. Broke people have car loans.

Whenever I talk to a lawyer about repaying their student loans, I try to convince them to pay off the debt in 5 years. It’s like ripping a band-aid, the sooner you’re out of debt the better. The student loan refinance companies know the reality on the ground though. Those of you that are refinancing law school loans are taking 10 year or 15 year terms. I’d rather that you were debt free as soon as possible but I admit it’s hard to convince a lawyer to buckle down and knock out the debt when there are a lot of competing demands for your dollars.

But if you do take a longer term loan, you’re not getting the best deal. You’ll pay a higher interest rate. And, if we’re talking about the difference between a 5% fixed and a 2.5% variable, that will be a significant amount of lost money. Worse, you’ll still be in debt 10 or 15 years later. Who wants that? I don’t know too many lawyers that are more excited to be practicing law after spending 10-12 years doing so. Do you really want to be in student loan debt at 48 if you don’t have to be?

Keep in mind that having debt for the next 10-15 years isn’t just a problem for burnout. It’s a problem because there will be so many other things going on in your life, such as kids, wanting to move to a new location, thinking about cutting back hours, etc. Will you be able to enjoy / do those things if you still owe the student loan companies?

Have you ever wondered where the 30 year fixed mortgage came from? Why 30 years? It didn’t always use to be that way.

Mortgages used to be short-term loans from banks to buy houses. But after the Great Depression and WWII, the government stepped in and started buying mortgages from banks to facilitate lending to returning vets. The government assumed those vets would work for about 30 years after which they’d retire and own their home outright.

The banks wanted nothing to do with such a long long term loan as it ties up capital for nearly a third of a century. You need investors that are willing to buy these loans so that banks can return the capital to the market and lend it again. But investors didn’t want to buy 30 year paper either unless the government guaranteed repayment, which is why we have Fannie Mae and Freddie Mac.

In most other developed countries, borrowers use mortgages with 10 or 15 year terms and likely have a variable rate as well. Turns out the 30-year fixed mortgage is an outlier. Because payment is stretched out over 30 years, you’ll pay a lot more interest than you would with a 15 year mortgage. But Americans – and particularly lawyers – love the certainty of the fixed interest rate and so it remains a popular product.

I don’t buy the flexibility argument (“I’m going to pay it off in 15 years but am taking the 30 year mortgage just in case.”) If your mortgage payment is so high that you value the flexibility of “just in case”, you’re very likely buying more house than you can afford.

Worse, you’re ignoring all the evidence of behavioral economics that strongly suggest you’re more likely to start off making the minimum payments (“because I’m just getting started, my income will go up over time”) and then make a few 15-year payments but drop down to somewhere in between those numbers (“Rough month, unexpected expenses, Christmas is so expensive!”). Eventually you’ll sell the house after 8 years anyway and never think about it again, except that if you did the math you’d realize you that you paid a higher interest rate than you needed to and made substantially smaller payments toward principal than you would have had you just taken out the 15 year mortgage in the first place.

Of course there’s plenty of other short-term finance charges, unnecessary insurance and warranties and other debt that lawyers take on. But if that’s you, think about who is making money off of what you view as a conservative approach to finances because of a misguided desire to hoard cash? It’s not you. You’re working for the banks! They purchased your car, your house, your iPhone and are letting you use it because you’re their awesome investment.

Don’t be their awesome investment.

Let’s talk about it. What did you think of the article?

Seven thoughts on Lawyers Working for the Banks