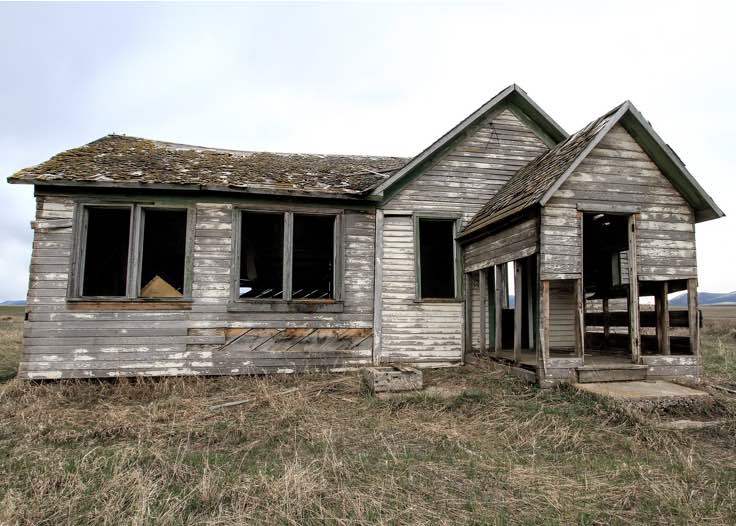 Editor's Note: Today’s article comes from Richard Cohen, a partner at the virtual Biglaw firm FisherBroyles. I reached out to Richard asking if he’d write a guest post about the changing nature of legal work. While he writes from the perspective of a Biglaw lawyer, technology is changing the way all lawyers provide legal services. I thought his perspective about leaving Biglaw and working at a tech-centered law firm would be interesting to readers thinking about their long-term career prospects. We have no financial relationship.

As an escapee from Biglaw, I experienced first hand the grinding machine that it is. Not for nothing is it known to its unhappy denizens as a law factory.

And boy — does it have a voracious appetite; it can consume a client’s budget with one large bite!

But as we shall see, the factory is crumbling, as Biglaw grows ever more bloated and less nimble. The rent is increasing, the workers are clamoring for more, it costs more to keep the lights and heat on, and the assembly line cannot be cranked up any more – it’s too old and outdated.

And it has already been replaced by a fast growing, non-traditional model, more suited for the modern age.

Let’s take a look at the Biglaw model.

To keep profits up, Biglaw partners must pay ever higher associate salaries. In turn, to pay these salaries they force reluctant associates to work on an assembly line that gets faster and faster each year (think Lucy Ricardo on the chocolate assembly line!). And the output from these associates — who must frequently scrounge for work (i.e., bill ever more hours) is paid for by … give you one guess …

I read a short piece by David Lat in Above The Law which quoted an in-house lawyer (who touted paralegals as cheaper and more productive than associates):

“Associates who are two or three years out of law school are lovely people, and their mothers are very proud of them, but they’re not terribly helpful to me.”

Nope, “not terribly helpful” to partners, nor terribly efficient for clients, who must pay bloated salaries to lawyers who train on the client’s dime.

Call it “The Iron Law of Biglaw“:  a mess of contradictions and inefficiency.

Note that mid-sized firms are forced to follow suit.

As Christine Simmons noted in the New York Law Journal recently, as mid-sized law firms are debating “whether to follow the lead of their larger brethren on associate salary increases, they also have to decide if rate increases will foot those bills, potentially eating away at a rate gap that often attracts clients to the smaller firms.”

After Biglaw raised starting salaries to $180,000 in the summer of 2016 (for right-out-of-law-school associates!), some midsize firms in New York “acknowledged they raised associate billing rates to help absorb the increased overhead costs.”  “At one mid-size firm, billing rates for associates and senior counsel will increase, by an average of $15 an hour, to pay for these raises.”

This model is outdated.  And clients do not like it.

Rebekah Mintzer wrote in Corporate Counsel, discussing new data from BTI Consulting Group, that “the majority of in-house leaders surveyed—56.5 percent—told BTI that their outside firms are stuck in the past.”  She noted that GCs said that too many firms claim to embrace innovations but “rather than embrace change, they tell clients that raising rates and exceeding budget is inevitable. …”

Deloitte recently published a study of future trends in the legal profession and found, among other things, the following:

The client pushback to GargantuLaw

Why this client pushback against Biglaw? Well, anyone with even the slightest prescience could have seen that with the advent of cutting edge technology and communications this was inevitable; contradictions and conflicts are inherent in Biglaw and it was only a matter of time ’til Biglaw met its maker.

Biglaw is an all-consuming GargantuLaw, whose “bloated army hardly marches on an empty stomach.”

As my partner Michael Cone has written, “GargantuLaw’s hungry mouth must take in food not just for its lawyers. An entire city of support staff also live there including a variety of fawning clerical servants including receptionists, secretaries, paralegals, copy room staff, the gamin who pushes the mail cart around – the list goes on and on.

“All this costs money. Lots of it. But unfortunately for GargantuLaw, the clients who are ultimately responsible for feeding its lavish lifestyle are less able and less willing to pay for the opulent chateaux and coterie of servants than they were during the roaring 80’s and 90’s when money was cheap and the large traditional law firm model mushroomed across the globe.”

Michael has said that “A specter is haunting today’s Gargantuan law firms: Meet Law Firm 2.0®, a lean and mean ‘new model’ law firm that may soon come to a jurisdiction near you.”

A much better value proposition for clients is a law firm where associate/paralegal/assistant salaries are stripped out, as are the costs for marble-lobbied offices — which clients must pay. With no traditional offices with oriental carpeting, mahogany conference tables and English hunting prints, lawyers can, instead, work from their own individual spaces around the country — in what is called a “cloud-based firm.”

Lower law firm overhead = lower rates charged to client.  As shown below, these rates are logical, predictable and flexible.

The Iron Law is falling apart.

A “21st Century Law Firm” leverages technology to substantially reduce overhead costs and client fees. This model maximizes efficiency, responsiveness and value, and has identified and eliminated the inefficiencies of the traditional law firm model. There are no billing quotas because that encourages inefficiency (you know who you are –  forced to bill 2,000+ hours/year on matters which hardly warrant it), and conflicts between what the attorney wants and what the client needs.

Cone notes that the “21st Century Law Firm” is a reality – and has been for more than 10 years:

“FisherBroyles lawyers are entrepreneurs responsible for their own incomes, but whereas traditional firms’ inefficiencies mean that lawyers take home a meager 30% of the income they generate if they are lucky, FisherBroyles is able to funnel the vast majority of its revenues right back to the partners. This brings all kinds of benefits to lawyers, clients, and society.

“For example, cloud-based lawyers make much more on the dollar so they do not have to find every way possible to bill 1800 hours or more to clients in order to make a decent living. Female lawyers who want to have children can become stay-at-home moms without sacrificing their career aspirations of being a law partner.

“The client pays less for legal services because cloud-based lawyers can charge less and earn more.

“The cloud presents distinct advantages to everyone involved in the legal services industry. But perhaps the most important silver lining for attorneys is that by lowering the cost of legal services, the cloud may postpone the day when they are all replaced by an army of proletarian robots.”

This rationalized model is a definite win-win.

Takeaway:  Biglaw is well on the way to becoming extinct. Good riddance!

Let’s talk about it. There’s an old joke known by most lawyers that when you’re good at your job it’s like winning a pie eating contest where the grand prize is MORE PIE. Is the Biglaw model flawed to the point that it’s unraveling? Would an alternative firm structure like FisherBroyles help ease the pressure on billing higher and higher amounts? Would you consider working at a virtual law firm? Let us know in the comments below!