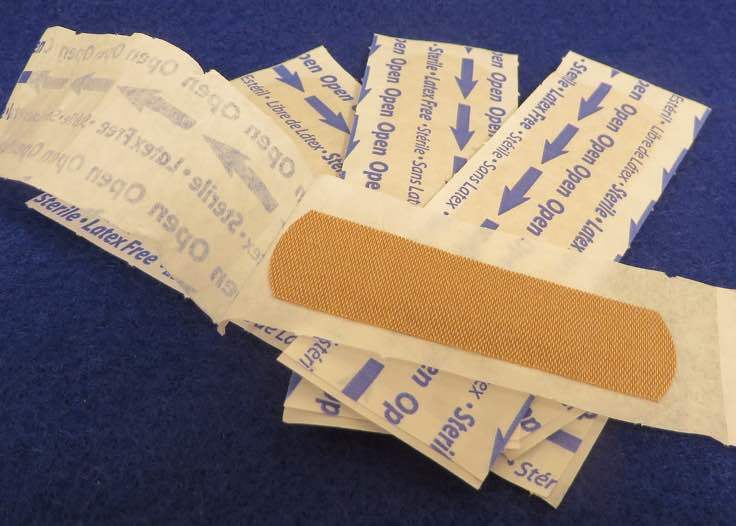 If you don’t want to pay taxes on your income going in, while its growing and when you take it out, there’s no other triple-tax free way to earn and spend money than via a Health Savings Account. It’s the best way to maximize your health dollars. Since it rolls over each year, you won’t have to worry about using up all the money by the end of the year and if you live a long and healthy life you, the HSA doubles as a secret retirement account which is why many people refer to it as the Stealth IRA.

If you qualify though, it’s probably the first account you should prioritize each year (unless you have a 401(k) match).

But what about the other ways to maximize health dollars? There are more options than just the Health Savings Account.

For some reason, the government decided to confuse taxpayers by naming two health accounts with similar names. If you’ve ever confused the FSA with the HSA or vice versa, rest assured that you’re not the first and won’t be the last.

The Flexible Spending Account is a little older than the HSA. It has some nice benefits: (1) contributions are excluded from your gross income; (2) no employment or income taxes are due on those contributions; (3) no taxes are paid when you use the money for qualified medical expenses; and (4) you can use funds from an FSA even before you’ve deposited the funds into the account.

The contribution limit is only $2,600 in 2017 but by far the biggest knock against FSAs are that contributed amounts not spent by the end of the plan year are forfeited. You probably already knew that you lose FSA funds at the end of the year. It’s a big reason why people don’t use the accounts since naturally they worry(?) about being healthy and not needing the funds.

It’s worth pointing out again that this is a major difference from Health Savings Accounts. Funds in HSAs roll over from year to year. You’ll never forfeit for the money held in an HSA. Unfortunately, many people mistakenly believe that HSA funds are subject to forfeiture. Don’t make that mistake.

Even though you can lose FSA funds at the end of the year, FSAs are available to everyone and not just those on an HDHP. If you know that you’re going to have healthcare expenses in a given year (e.g. birth control or contact lenses), it’s a no brainer to contribute a certain amount to an FSA each year to cover those expenses. The same would be true if you know you’ll have a major healthcare expense in the coming year. If you can use FSA money to fund the expense (and chances are good that you can), you might as well max out the account and get the tax benefit.

Unfortunately, you can’t both have a Health Savings Account and a Flexible Spending Account. If you have a high deducible healthcare plan, you need to pick one or the other and it makes more sense to go with the Health Savings Account (Note: It’s note entirely true that you have to pick one or the other. In fact, you can actually split the annual contribution limit across both accounts but I can’t think of a good reason to do it. Also, there is another creation called a limited-purpose FSA (LPFSA) that is a type of a FSA you can have with a Health Savings Account. An LPFSA only covers dental and vision care and is technically a different classification of FSA accounts, therefore you need to be sure that you’re explicitly contributing to an LPFSA rather than just an FSA that you’re planning on using only for qualifying dental and vision expenses. If you’re contributing to an HSA and have regular or expected dental or vision expenses, it’s worth asking your benefits department if you are eligible to contribute to an LPFSA).

As you probably know, a lot of topics on the site come up because I’m dealing with them in one way or another myself. Today’s post was inspired because I ran across a situation I’d never thought about before. What if two married spouses are on different healthcare plans where one is a high-deductible health plan (HDHP) and another is on a regular healthcare plan? In my case that’s me and my wife.

Only Those on HDHPs Can Contribute

No HSA + FSA Even With Separate Plans

Bottom line. I can’t contribute to my HSA while she contributes to her FSA. It’s a cruel quirk of the system, particularly since I am limited to the individual contribution amount and can’t contribute at the family level while she’s enrolled in a non-HDHP.

I’m not sure that there’s a great argument for doing this but it’s worth knowing that the IRS will allow you to convert an IRA to an HSA. You can only do this once and you can only contribute the equivalent of your annual contribution limit. Technically I believe you can convert a Roth IRA to an HSA but that would be a bad idea for some obvious reasons.

I can only think of a few scenarios where this might make sense, like if you have a small IRA balance and need to remove it so that you can enable a Backdoor Roth IRA. If you didn’t want to paid taxes by converting the Traditional IRA to a Roth IRA, you could simply throw it into your HSA. Keep in mind that this means you’ll have made your HSA contribution for the year, so that’s also a pretty big downside.

If this situation applies to you or if you have a more challenging scenario, like being married and one or both spouses switches coverage during the middle of the year, you might find this Finance Buff article helpful where Harry walks through different contribution scenarios. Understanding medical accounts requires a bit of dancing over laser beams. That’s why the Health Savings Account is such a good deal. You get triple-tax benefits if you use the money for medical expenses but if you don’t, that’s fine too since you’ll be able to treat it as basically a Traditional IRA in retirement. For that reason, if you’re eligible for a Health Savings Account, it’s pretty much mandatory that you should be maxing it out.

Let’s talk about it. What are you doing to maximize your health dollars?

One thought on Maximizing Your Health Dollars