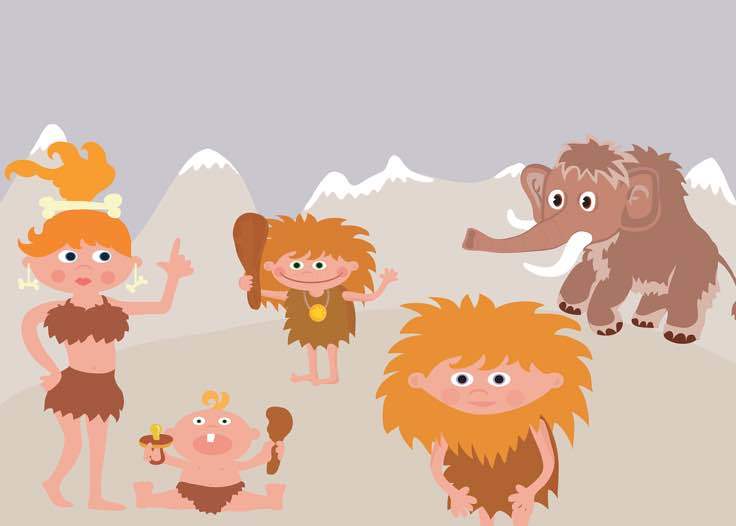 Imagine that all American corporations are owned by a single family: The Gotrocks Family.

As you might expect, they are a very wealthy family. Even better, each year they grow richer and richer. After paying taxes on their dividends, the family continues to increase their net worth each year by the entire annual profit of the US market.

Things are great inside the family too because everyone is getting richer at the same rate. Sure, they might spend a different amount of their money each year, but, as a whole, whatever is not being spent is being invested back into the companies they own for further compounding growth.

But then imagine that a few Helpers show up on the scene. The Helpers start speaking to different members of the family and convince some of them that they could outsmart their relatives by buying more of certain companies and selling some of the other companies.

Thus convinced, the Helpers – for a small fee – start a series of transactions where they help certain family members undertake this venture. Of course the Gotrocks family still owns the entirety of all US corporations, but now that ownership is being split up differently among the family members.

The Gotrocks family is less wealthy thanks to these transactions. Their annual profit is now the entire annual profit of the US market minus any fees they’ve paid to the Helpers.

The fees are not lost on the Helpers who realize that activity is their friend and therefore encourage it at every turn, thereby driving up their profit and, unfortunately for the Gotrocks, reducing their overall wealth.

Over time, the family members start to realize that they’re not really doing much better than their relatives. In fact, some are clearly doing a little worse.

A new player in the game shows up. They convince the family members that the Helpers are merely executing the transactions but not managing the portfolio holistically. The family needs a Manager to get the job done professionally.

The Managers continue to use the Helpers to execute the trades, but now the Managers spend much of their time looking at the performance of various slices of the market to determine which will provide the best growth.

From the family’s perspective, their wealth is now decreasing even faster as they pay fees to both the Mangers and the Helpers. As more and more family members employ additional professionals, the competition to earn a greater return than other family members intensifies.

The result? More help of course. More managers, institutional advisors and financial planners show up on the scene to sort out the mess created by the Managers and the Helpers.

By the now the family members are convinced that they know nothing when it comes to US corporations, so they gladly welcome the additional help.

But just when you thought the family couldn’t do any worse, a fourth set of professional shows up on the scene.

They argue that the problem with the managers, helpers and financial planners has always been that they’re not properly incentivized. What you need is someone whose payment is based on some type of contingent payment. If these people earn a profit of 10%, they should get 2% for their service, thus incentivizing them to provide the family member with the greatest service.

Some of the family members recognize that this fourth class is really just more managers and helpers in disguise. But they are a convincing class, so the family decides to pay up for the services.

And that is basically where we are today. More than ever before, the portion of corporation’s profits that should go to the owners are instead diverted to the various helpers, managers and planners that profit from trying to find one way for a family member to beat another family member.

All of this money could have been retained by the Gotrocks family if they had simply done nothing and left everything alone.

Some of you will no doubt recognize this story from Warren Buffett’s 2006 letter to shareholders.

I still find the story of the Gotrocks the most powerful way to explain why paying the helpers and managers a fee for managing your portfolio isn’t necessary. Simply allow those profits to come to you by doing nothing!

If you’re interested in a readable compilation of Warren Buffett’s letters to shareholders, I highly recommend you check this out.

Let’s talk about it. Join us over at Lawyer Slack to talk about this article or let us know what you think of the Gotrocks family below in the comments!

One thought on Meet the Gotrocks Family!