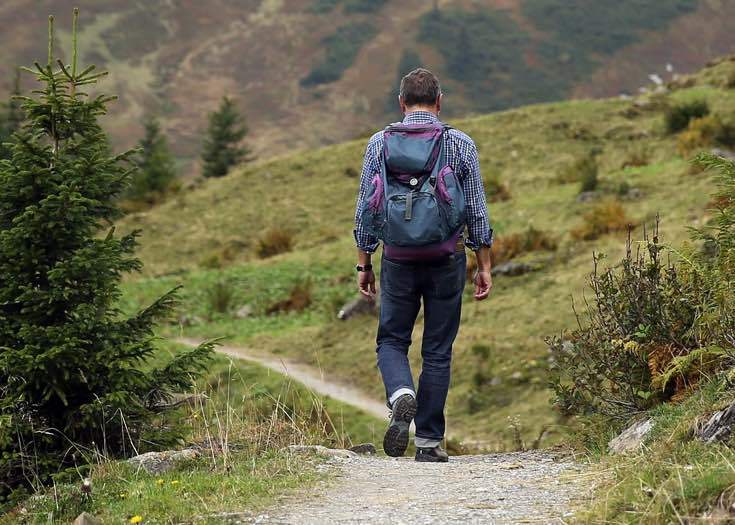 If you do, when you convert your non-deductible Traditional IRA contribution to a Roth IRA, you’ll be forced to convert both the non-deductible portion and the pre-tax portion from your other IRAs on a pro-rata basis, therefore paying tax as you convert pre-tax money into post-tax money (something that you don’t want to do and is easy to avoid).

This friend had an old 401(k) from a previous job that he had moved into a Rollover IRA, so we got into a discussion of what you can do with your old 401(k) upon leaving a job. In particular, what could he do to keep his backdoor Roth IRA options open.

There’s really only a few options when you leave your job:

This is probably the most common thing to do, but probably not the best option for a high earner given how it complicates the Backdoor Roth IRA.

This isn’t likely to be a major point for many people since all qualified Roth IRA withdrawals will be tax-free. It seems like it would only come into play if you tried to withdraw Roth contributions before you turned 59.5. Essentially, there’s no magic trick that lets you roll an entire Roth 401(k) to a Roth IRA and then access the entire Roth balance in 5 years (you’ll have access to the contributions in 5 years, but not the earnings until you’re 59.5). I didn’t find a direct IRS source for this, but Alan S. is usually just as good.

However, since most lawyers are or should be interested in doing a backdoor Roth IRA, rolling your 401(k) balance to a Traditional IRA is probably not a good option.

The other option is just roll your old 401(k) directly to the new 401(k). This could be an existing 401(k) that you have or could be a 401(k) plan at your new place of employment. Again, the only thing that matters here is making sure the receiving 401(k) plan allows incoming transfers.

If you have any self-employment income at all (I’m told as little as $100 should do it), you can open a Solo 401(k). If that Solo 401(k) accepts incoming transfers, you can then transfer the old 401(k) to the new Solo 401(k). This could be a good option if you don’t like the fees or investment choices at your new job’s 401(k) or if there’s no “new job” and you still want to preserve the option for the Backdoor Roth IRA.

If your old 401(k) plan worked fine, had low fees and good fund options, then you could always keep your old 401(k) plan intact. As long as there’s a reasonable balance in the account, my understanding is most 401(k) plans allow you to keep the money. Just check with the 401(k) plan agreement to make sure. I could also see using this if your 401(k) has access to some type of unique fund.

It’s also possible to convert your old 401(k) into a Roth IRA. Obviously, you’ll be paying huge taxes on the conversion, but it’s possible that this is the best decision for you. Perhaps you’re leaving Biglaw and taking a 1 year sabbatical traveling the world where you’ll be earning no money? In a low income year, doing a conversion could make sense since the income you’ve generated by doing the conversion would first fill up the lower tax brackets and therefore be taxed at a lower effective rate.

Notice that I didn’t include the option to “cash out” the 401(k) on the list. That’s never an option or at least shouldn’t be an option. You want to keep that money sheltered, so leave it in a 401(k) or put it in an IRA.

Let’s talk about it. Let me know if you have another ideas for handling an old 401(k) in the comments section below!