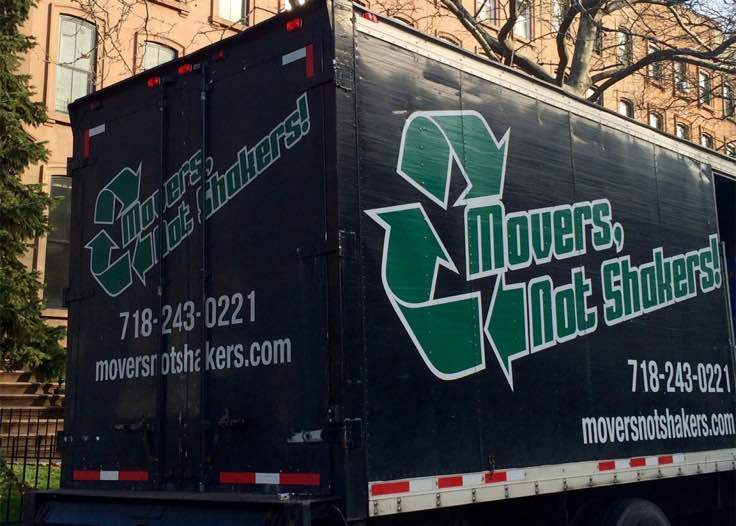 Most of the time you choose your housing situation during a time of transition. A new job takes you to a new city. You’re moving in with a significant other. Law school ends and you need to move out of your current apartment and find one closer to work. Unfortunately, that means that there’s a lot of emotions running through your head around the same time: Am I going to like this new city? Should we really be moving in together? Will I be able to make it in the new job?

I say unfortunately because housing is probably your second most significant expense (after taxes, of course). It has a big impact on building wealth. If you buy (or rent) a place that you can grow into, you could be spending thousands of extra dollars a year unnecessarily during a time in your life when there is a lot of demand on your dollars. It’s easy to upgrade your housing lifestyle when you’re in the middle of an emotional life change as a way to make that change more palatable.

I know that every time I’ve moved apartments, there was almost always something else going on. For me it was moving to a new city, graduating law school and starting a new job, going through a breakup and moving in together with a girlfriend (now wife). I tried to do my best to keep my lifestyle in check, but each move brought its own type of stress and a nicer place to live seemed like an easy way to counter the stress.

Inevitably, a year or so after settling into a new place I’d start finding things that I would have done differently if I were moving all over again. None of them were significant enough to warrant uprooting my current living situation, but each was ways I could “do it better” next time. And then, of course, there’d be some emotional event that caused the next move, and I’d promptly forget all the little things I wanted to change in my next move.

So, in no particular order, if I were to look for a new place to live right now, here are the things that I’d keep in mind.

You rarely go backward in rent/mortgage payments, so think long and hard before you set a new floor for the price you’re willing to pay for rent. When I first moved to NYC, I had a friend rent a one bedroom in the West Village for $2,500. I thought he was crazy for spending so much. Eight years later my guess is that the same place rents for $3,400. Even if he stayed in it for the full 8 years, there’s very little chance that the next place he moves to will cost less than $3,400. Anchoring is a powerful effect.

Along those lines, if your landlord throws in one month of free rent and your “effective” rent is much lower – please forget that number. Your actual monthly rent payment will be your floor going forward. If you’re smart, you will save 100% of that free month’s rent, but your brain will mentally adjust to paying the actual rent for the other 11 months of the lease. Also, your landlord will likely want to raise the rent based on the actual monthly payment so your monthly rent in year 2 could easily jump by a double-digit percentage.

One of my moves in NYC took me to Park Slope. It’s a lovely place. Brownstones everywhere, tree-lined streets and relatively quiet. The problem is that it was two different trains and 40 minutes away when things were running smoothly. With the decline in the NYC subway (a genuine thing that is degrading the living experience of everyone in New York), the trip could easily be over an hour.

I made the choice to live in Park Slope because I wanted separation between the big buildings in Midtown (i.e., “work”) and the beauty of Park Slope (i.e. “home”). And while I still wouldn’t choose to live in Midtown, if I were doing it all over again I’d strongly consider living in a Manhattan neighborhood that had a simple commute to my firm in 20 minutes or less. I’d be willing to pay more this convenience too.

In addition to having a short public transportation or car commute, I’d strongly consider finding a place where I’d be able to bike to work. I may not want to do it 365 days a year but having the option to do so during the cooler Spring and Fall months would be great. Last year I biked to work (and took the subway home) for a solid two months during August and September. Had you asked me a year ago I would have said that commuting via bike in NYC is a pipe dream. But, like a lot of things, when you’re willing to explore a different lifestyle you find out that it’s not so difficult at all. One lawyer even bikes to work in Houston so you can do it too. It’s good for both your health and wallet.

Finally, I’d look for other commuting options besides the subway. Can you live close enough to work so that you can walk? How about a ferry? What about a service like Via? There are many new commuting options and being able to mix and match those commuting options depending on the weather is a great way to keep yourself from getting burned out by a commute.

It also goes without saying that before any move, you should actually go to the new area during the time you’ll be commuting and do the actual commute.

The first building I moved to in Brooklyn didn’t have a doorman. Sometimes the UPS guy got in and delivered packages and other times he didn’t. If you’re working all the time, you will rely on package delivery. The next place I found in Brooklyn had 60+ residents (no doorman, but the UPS guy always got in and delivered everything in a package room). Now, I would never move into a place where I wasn’t 100% confident that all of my packages would arrive.

In addition to your standard packages, chances are good that you’ll possibly be using other services like dry cleaning delivery, grocery delivery and prepared meals. If you are using these services, you don’t want to be the person that’s always coordinating and handling delivery. Make it easy on yourself and find a place where this is integrated. For years we used an incredibly affordable service called Alfred to manage everything for about $20 a week.

You’d think that having a stable package delivery system and paying for delivered dry cleaning, groceries, etc. would be the costly way to handle things. After all, couldn’t you do all of this yourself? The reality for me has been that I save thousands of dollars having these services because I stopped paying for convenience once I had the systems in place. It’s counterintuitive, but a Prime delivery for $129 a year with packages delivered in two days or less is much more cost effective than having to pick up the product at a local CVS. The same is true for meal delivery. It’s much cheaper to get a weeks worth of dinner delivered than it is to inevitably be a situation where you’re choosing between cooking a meal or ordering takeout at 8:30pm after a long day at the office.

Live Next to a Park

I first picked this idea up from Mr. Money Mustache a few years ago. Pete had a post about how he built his house on a lot next to a public park. Why? Because the park provided tons of free entertainment, great outdoor exercise options, quieter living and something pretty to look at. Nearly every city has a great park. St. Louis has Forest Park. San Francisco has the Presidio. Park Slope has Prospect Park.

It costs more to live next to these parks but probably not enough to kill your budget, since many young professionals want to live downtown in the center of the city. If you’re going to save money, you could probably pick a smaller park too. Regardless, the cost savings of living next to a park are underrated. Nearly all parks have free summer events which you are much more likely to attend if they are a block away from your home. Walking and biking through a park is another nearly free activity. Parks are also great for low-cost meetups with friends. No need to spend $100 each at a restaurant when everyone can gather at a park and hang out.

My first apartment in Brooklyn included heat and hot water in rent. That’s a substantial cost savings of easily over a $100/month during the winter. The tenant (i.e., me) paid heat at my third apartment in Brooklyn, and we were also required to buy three particular kinds of air conditioners unique to the building and not very portable (or easy to sell). Obviously the first was a much better financial deal.

Insulation is another big deal. This is difficult to check when you’re looking at new properties. The best thing to do is to ask the landlord for an actual heating or electrical bill from a summer or winter month. They may not provide it to you (and let’s face it, in many of the big cities properties move fast and a prospective tenant doesn’t have a lot of leverage) but it’s definitely worth asking. We spent $1,689 last year on electricity and gas. Anything you can do to reduce that bill is actual dollars in your pocket.

Amenities Are Worth Something

Many buildings provide all kinds of amenities from dry cleaning service to gyms to pools. Those amenities aren’t free but can often be a good value. It’s another counterintuitive measure if you’re trying to cut expenses to the bone.

If you’re a couple with two separate gym memberships, how much would you be saving if you moved into an apartment with a gym in the building?

If you have a rooftop deck a few floors away, how many more nights will you take a couple of beers up to the rooftop rather than head to the local craft cocktail lounge?

These don’t have to be either/or propositions – the point is that even if you spend 20% less of your time going out over the course of the year, you’ll see some significant savings in annual expenses.

As you’re getting ready to move, I found this list helpful for all the new things you’ll inevitably need to buy.

Let’s talk about it. If you could choose your current living situation all over again, what little things would you change?

Four thoughts on Picking a New Apartment All Over Again