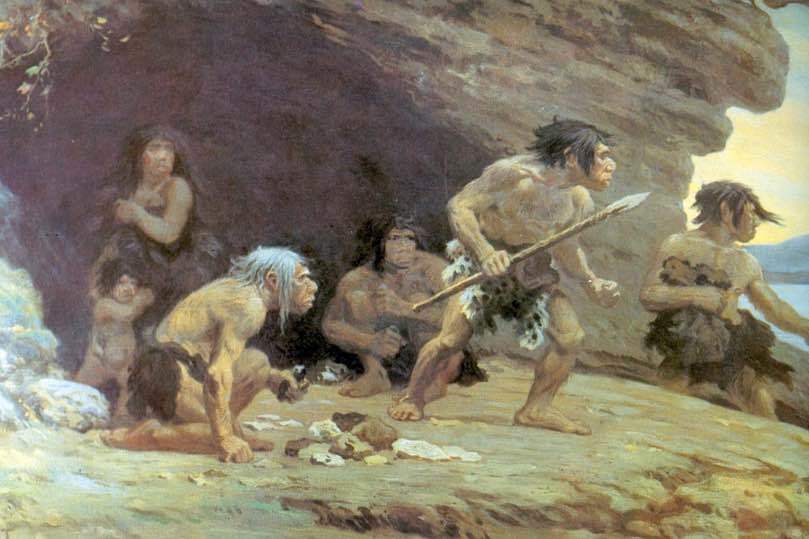 I just finished reading Sapiens: A Brief History of Humankind. It tries to tackle a gigantic question. How did homo sapiens evolve from an unexceptional savannah-dwelling primate to become the dominant force on the planet? Even more to the point, how did we do end up the lone survivor out of six distinct competing human species?

Of course that wasn’t always the case. As recently as 40,000 years ago, homo sapiens (translation: wise humans) coexisted with Neanderthals. 40,000 years is a drop in the bucket when you put time into perspective. In addition to the Neanderthals, there were other human species like homo erectus and homo abilis. All of these different species of humans co-existed on the planet, just like the different bears in our world today. While the other humans are gone (did we kill them?), it wasn’t really that long ago that they left.

When you think of it that way, you start to see the world in perspective. Consider the following fact: we’re not even the most successful human species. Homo erectus existed on the planet for over one million years (possibly two million). Meanwhile, homo sapiens have only been around for about 200,000 years. We need at least another 800,000 years to even equal them. How confident are you that we’ve got another 800,000 years in us?

The reality is that we are small specks of sand in the river of time. Homo sapiens could be wiped off the planet and it’s not clear that we’d even garner a memorable chapter in the history of the universe. It’s truly humbling and astonishing. Everything about the world appears to be permanent. It’s hard not to assume that this is the way people have always lived, yet even 100 years ago women couldn’t vote.

Reading Sapiens reminded me of a favorite lesson from Don’t Sweat The Small Stuff: In 100 Years, All New People. No matter how large or small the problems you face today, the truth is that in 100 years (a flash!) there will be an entire new set of humans on the planet. And this is true every 100 years. Same Earth. All new people.

When you think about life from the perspective of the history of humans or even the perspective of a single human lifetime, you realize that whatever you’re currently struggling with is not important in the grand scheme of things. With that thought, you can learn to let go of the small stuff by giving your problem its proper weight.

This idea easily carries over into our investment and financial lives. Obsessively checking your investments or loan balance is a futile effort that can easily cause you to focus negative energy in a nonproductive way. Will anyone really care in 100 years if you had $1 million or $800,000 on January 1, 2017? Probably not.

Yet a lot of retirement and investment planning is focused on figuring out your “number”. There’s whole marketing campaigns and endless internet calculators that can help you figure out the “number” you need to retire. I can’t help but think this energy is misplaced.

It’s not the balance that matters; it’s the lifestyle you can achieve with the balance.

The number itself is immaterial. It’s also easy to calculate. Just take your annual expenses and multiply them by 25.

Figuring out the lifestyle you want to live – and how to achieve it – is way more challenging than simply coming up with a number. Ask any first year associate starting a new job at 29 years old after decades of education. Knowing what you want is not easy and can’t be taught. You have to learn that yourself.

So how can you learn? You probably already know what to do.

Figure out what makes you happy. Limit consumption to only those things. That doesn’t necessarily mean spending less (this isn’t a frugality blog!), but it does mean examining your purchases to make sure the money is being spent productively. I’m calling it Conscious Consumption for lack of a better phrase. It means buying quality items that bring you happiness over supposedly “cheap” items that you hate and need to be replaced frequently.

It means saving and investing the difference, not because you’re trying to achieve a number, but because you’re satisfied that what you have is Enough. The benefit of being financially independent will come in time, almost as an after thought. And from there, financial independence will allow you to design a lifestyle that fits you.

I highly recommend that you check out both Sapiens and Don’t Sweat the Small Stuff from your local library.

Editor’s Note: This post contains affiliate links. This means I get paid a tiny amount of money if you choose to click through one of my links. If you do, thank you. I greatly appreciate it even if it only adds up to a couple of bucks. If you don’t, no sweat. It’s more important that you learn about finance. See my disclosure policy to learn about how I’m working to be transparent to my readers on any conflict of interest.

Joshua Holt A practicing private equity M&A lawyer and the creator of Biglaw Investor, Josh couldn’t find a place where lawyers were talking about money, so he created it himself. He spends 10 minutes a month on Personal Capital keeping track of his money and is currently fascinated by the JD Mortgage service connecting lawyers with lenders offering no to low down payment options.

Six thoughts on In 100 Years All New People