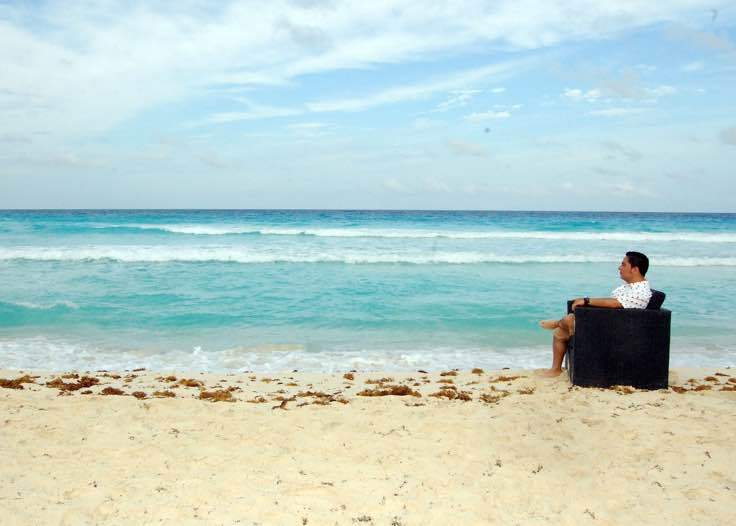 I’ve been getting a lot of questions recently about the early retirement crowd and realize that many lawyers aren’t familiar with it (and, really, why should they be?). Those that have heard of it often have a hard time getting past the retirement gimmick – why would anyone want to retire at 35? And then what would they do?

So what’s this FIRE movement all about?

“FIRE” stands for Financial Independence / Retire Early. Someone had the great marketing idea to combine all the letters into FIRE because … well, I don’t really know. Fires have nothing to do with financial independence.

The PhysicianOnFIRE isn’t just fired up about early retirement, nor is he burning with desire to become rich. He’s probably only months away from quitting his day job and exploring the next chapter in life. He’s what you call financially independent. He just hasn’t retired early.

Financial Independence is pretty simple: it’s when you no longer have to work for money.

The current leader of the early retirement movement is Mr. Money Mustache, an engineer who retired in his 30s and is living off investment returns.

But the idea of financial independence is quite old and some might say tied to the story of America itself.

American individualism and independence is a core bedrock of society that shows up repeatedly, from Benjamin Franklin (perhaps the world’s first early retiree?) to thrift during the Great Depression through hippie culture and opting out of the system in the 1960s.

The idea surfaced again when Vicki Robin and Joe Dominguez wrote Your Money Or Your Life in 1992 and again in the 1997 documentary Affluenza.

The point is that the FIRE movement is hardly a new thing. Some percentage of Americans have always struggled to be independent from the system.

So while “FIRE” might be new to you, thanks to the power of the internet, suddenly a lot of like-minded have found each other and connected. As a consequence, you might see it popping up in your feed from time to time.

But does early retirement even make sense for a professional like a lawyer?

After spending six figures on your legal education and three years of training, would you really want to walk away from work?

And what would you do if you did?

Wouldn’t it be incredibly boring?

If you’re making four times the nation’s average salary, shouldn’t you be able to retire four times as fast?

The simple answer is yes.

If you’re a high earner, you can achieve a middle-class retirement incredibly early thanks to the huge gap between your income and the amount of money it takes to afford a middle-class lifestyle.

The principles are simple: you save a ton of money as quickly as you can until you hit your FIRE number. Then you exit the system, like this lawyer.

That’s the Safe Withdrawal Rate based on the Trinity Study (Texas, not Ireland) that basically says you can withdraw 4% from a portfolio over 30 years and expect the portfolio to last for the entire 30 year period.

Notice that calculating a number for financial independence is based on your expenses, not on replacing your current income.

But what about all the other lawyers that aren’t working in Biglaw? Is it possible for them to achieve financial independence?

Since financial independence is based on your expenses and not your income, it’s quite possible for lawyers of all income levels to retire early.

There’s an entire thread over at the Mr. Money Mustache forums with lawyers (high income and others) that are interested in retiring early, should that be your thing.

While it’s obviously easier to save more money with a high-income, it really comes down to the expense side of the equation. The Biglaw lawyer that’s spending $200K a year living in NYC is no closer to financial independence than the solo lawyer making and spending $30K a year.

Why Would Anyone Retire So Early?

Okay, so it’s possible, but why the heck would anyone want to sit around on a beach from the age of 35 to 90?

I have yet to meet anyone who plans on doing that.

Most expect to keep working, just on different projects than their current gig. Maybe they’ll take up woodworking or teaching or start a small business. The point is that they don’t have to work for money, so they can focus on finding the right project.

The right project might even be continuing doing exactly what you’re doing right now!

But wait a second – does that make them retired? They’re still working, so it’s all a sham!

Agreed, but don’t call the Internet Retirement Police too fast.

The whole “retired” thing is just a gimmick anyway, meant to attract a culture used to clicking on the latest piece of clickbait.

Sure, you could sit on a beach if you wanted to do that but it’s not like you’re required to join a shuffleboard club and to start playing bridge with your friends (unless that’s your thing, which is totally cool).

As many of you on the email list know, there’s plenty of options for the financially independent that involve all kinds of interesting activities. Most of the people pursuing financial independence are simply looking for more control over their life and how they spend their days.

Financial independence isn’t about sitting around twiddling your thumbs.

The other general concern about early retirement is that after spending so much time and money obtaining a law degree, would you really walk away from it all to retire?

Well, what would you do if you won 10 million dollars in the lottery?

Would you quit our job?

The truth is, you really don’t know how you’d react. As I’ve written about before, humans are basically incapable of predicting the future. Remember when I asked you to choose between winning the lottery and becoming a paraplegic.

It’s the same with financial independence.

You might decide to stay in your current job.

Either way, you’ll have a few options at your disposal, which makes the goal pretty attractive to most folks.

Let’s talk about it. Does retiring early to you sound like a great idea or a nightmare? Even if you’re not interested in quitting your day job, would you value being financially independent?

Sixteen thoughts on Retiring in Your 30s or 40s – Crazy?