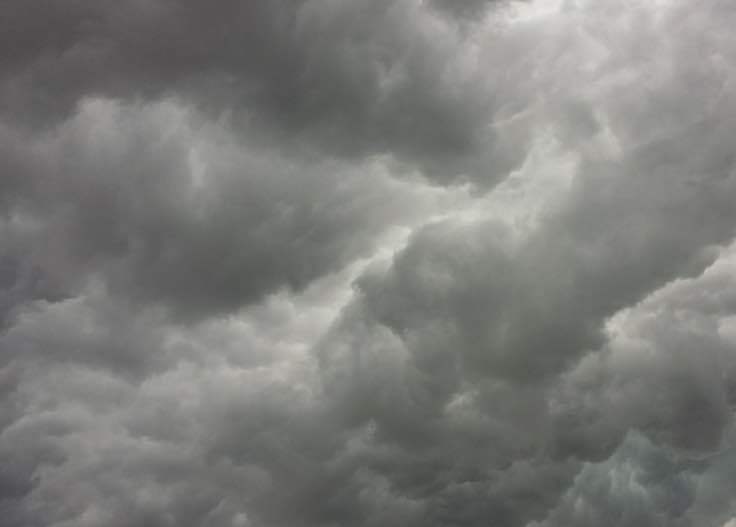 As lawyers, we’re trained to imagine the worst-case scenario. I distinctly remember working before law school at a firm where a senior lawyer explained a recent case involving a bad accident. After hearing the details, I assumed the victim had died. The lawyer’s eyes grew wide. “No. He didn’t die. It was worse than death.”

That’s enough to get anyone’s attention. I thought it was a one-off comment but after law school and now years of practicing, I understand that all lawyers are acutely risk averse.

It comes up all the time in financial chats with fellow lawyers. For one, I have a hard time convincing any of you to take a variable rate 5-year term when refinancing your student loans.

Why won’t lawyers sign up for variable interest rates?

Because they want the certainty of a fixed rate. They take comfort in knowing that no matter what happens in life, there will be no variation in the monthly payment. Of course that’s not to say that taking the fixed rate is a bad choice. Only you can decide the risk level that is right for you. But just be aware that not taking on enough risk has consequences too.

For example, if you’re unwilling to take on risk, you will pay higher interest rates for the comfort of the fixed rate which means less money toward retirement or consumption. There’s always a trade off between risk and safety.

Two Lawyer Groups: Too Much and Too Little Risk

The only thing worse than not taking on enough risk is taking on too much risk.

So how do you walk the line?

It’s not as hard as it seems. If lawyers fall into two categories (too much risk or too little risk), it typically goes like this:

Too Little Risk. Larry has been working for four years. He hasn’t refinanced his student loans even though he plans to fully pay them off one day. He doesn’t want to give up the federal protections in case one day he loses his job. He’s been contributing to his 401(k) but doesn’t want to lose any money, so he’s contributed to a “stable income” fund. Meanwhile, he’s been saving a lot of excess money in an Ally savings account and now has $100,000.

It’s great that Larry is moving in the right direction but will he ever be able to retire?

Too Much Risk. Tom has been working for four years. He’s refinanced his loans down to a 2.5% interest rate and is now paying the minimum each month because he’s confident he can get a better return in the market. He thought about contributing to a 401(k) but he’s 32 and already feels behind his college friends who have been working for several years. Instead of retirement accounts, he’s purchased three properties (all with mortgages) and is trying some angel investing on the side because a good friend of his works in the tech industry and can help him spot the up and coming companies.

Now who’s to say that Tom isn’t right and will be a multi-millionaire in a few years? Certainly not me. But does he need to take on so much risk? If things go south, Tom could lose everything. And so the question is whether he needs so much risk to achieve his goals or whether there’s a position between Larry and Tom that is better?

Focusing On The Risk That Matters

I’ve written before about how uncompensated risk gets you nothing. But what about risk that can translate into sky high returns where you can double your money. What really matters when it comes to risk and return?

1) Returns That Count. I’m only interested in returns that count. That means my after-tax, after-inflation and after-expense return. Everything else is just noise. That’s one of the reasons why PeerStreet – which has attractive 6%-10% returns backed by a hard asset – isn’t that great for a high-income individual in a taxable account (which I mentioned here). It’s important to understand that taxes, expenses and inflation are real costs to an investment. That means if your money is in a saving account earning 1% interest, your real return is negative. That should give you pause right there.

2) Are the Returns High Enough? Once you’ve figured out your real return, run the numbers in a calculator to see if those returns are sufficient to get you where you need to go. A simple compound interest calculator like the one embedded below should do the trick. While everyone would love to park their money in a safe investment earning an 8% real return, the reality is that no such investment exists. If your real return is too low, are you comfortable saving a higher portion of your income or working longer? There are real consequences that flow from how much risk you take on. Saving more money today means spending less. You could either do a Backdoor Roth IRA or take a trip to Europe. It’s important that we aren’t pretending that saving today doesn’t have a cost. If you’re unwilling to take on sufficient risk, then you’ll need to save more (forgo spending) or work longer (bummer).

3) Volatility vs Permanent Loss. Many investors fear short term volatility as their portfolios jump up and down. It’s pretty safe to ignore the short term movements in the stock market. If you’re investing over a 30 year horizon, this month’s market movements are about as relative as what happened in the market during October 1993. The more serious risk is permanent loss of your portfolio.

The forces that can cause you to lose your entire portfolio are pretty extreme: hyperinflation, global depression or confiscation. And then there’s betting it all on black. The first three aren’t in your control and you can avoid the fourth.

4) Bumping Your Return. Since your investment return is so important, I’m zealous about making sure I keep as much of it as I can. That means taking a few steps to ensure that I get as much as possible, such as:

The final consideration in determining an appropriate amount of risk is to recognize that many investors go through phases of risk tolerance throughout their investing career. How do you avoid this? Write a simple Investment Policy Statement.

Let’s generalize on the thought process of a lawyer investing through her career.

When you’re a lowly first year associate (Biglaw or otherwise) and just barely starting to make money, often loss of capital is your biggest concern. You’re trying to cobble everything together you can and the idea of losing 20-30% in a market downturn is tough (maybe you don’t feel 100% secure about your investing choices either? After all, you’re just learning.). The student loan debt burden is crushing, so you’re paying off low interest debt as fast as you can and skipping retirement contributions. Who knows how your career will turn out, so better to focus on the immediate wins.

You’re starting to feel “comfortable” with your financial position, so your risk tolerance increases (i.e. you could afford to lose a bit of money and still feel “secure”). Now, with a steady income and a better sense of job stability, you’re comfortable accepting market volatility and taking on more and more aggressive investing choices, even if those are perfectly reasonable investments like an index fund. Bonds? You’re telling yourself, “Why would I consider those? I have 15-20 years of investing ahead of me and want to get the higher returns I can find in equities.”

Retirement is approaching. You have a decent portfolio. It’d be great if you could continue to get a solid return in the equity markets (and maybe your retirement could be a little more extravagant) but you’re starting to fear the consequences of a downturn, which could severely delay your retirement plans. Accordingly, you ease off the gas a bit and take on a more conservative stock/bond allocation. After all, this would be a bad time to lose principal. Better to play it safe.

As you can see, it’s quite possible to fall victim to this pattern. I know I’m guilty. It’s one of the main reasons why I decided to write an Investment Policy Statement. Now, whenever I think about changing it, I take a few seconds to look at it and usually just decide to leave it alone.

Let’s talk about it. Are you taking on the right amount of risk?

Three thoughts on Risk! A Fate Worse Than Death