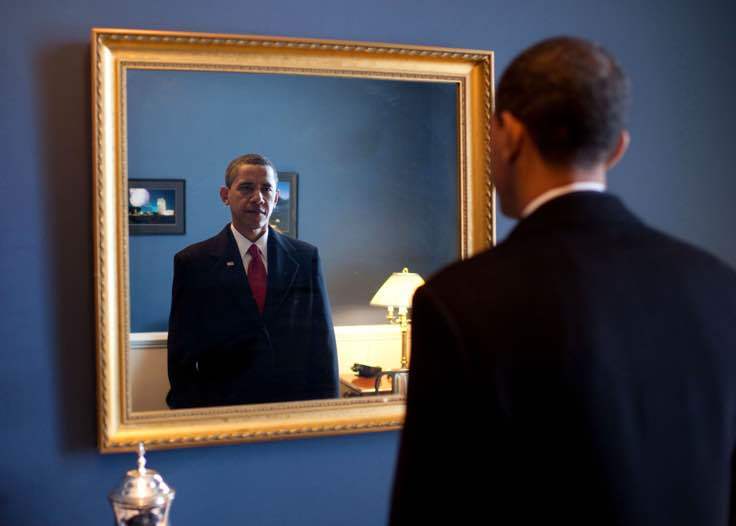 If you’ve been following the blog for any length of time, you know that I’m a fan of using the lens of behavioral science to look at your investing behavior. Thanks to the rise of big data, there are more opportunities than ever to study collective human behavior when resources are on the line and the future is unknown (think of the millions of trades made each day on the stock market).

The field of behavioral science has produced some fascinating discoveries illuminating how the monkey mind (the limbic system of the brain responsible for survival and where emotions live) subconsciously influences your decisions. Since we all share these ancient attributes, we’re all subject to these subtle and powerful forces. Thankfully we have a cortex to overcome these disadvantages!

I hate to start by fanning the flames of the imposter syndrome, but there’s a reasonable chance you clicked on the headline to this article thinking, “Yeah, most people think they’re better investors than they are, but not that’s not me. I’m exactly as good of an investor as I think I am.”

Yet many studies have shown that professionals charged with predicting the future are significantly more overconfident in their abilities than they actually are (see: Prisoners More Likely Granted Parole if Reviewed Right After Lunch).

Consider the law firm softball league. Ask a random lawyer if they could compete with Alex Rodriguez and nobody would take the comparison seriously. They’re not spending their time reading up on the latest books in sports performance and studying the rotation of his swing. Yet many of those same lawyers are happy to compete with Warren Buffett and absorb his annual letters with determined study.

Lawyers and other professionals are familiar with and highly influenced by the sunk cost fallacy. It’s the unconscious desire to validate previous decisions by giving extra weight to costs (time or money) that have already been spent.

It’s the reason the unhappy lawyer that stays on the job because of the law school tuition and years already spent in their career. It keeps you from making rational decisions going forward because you’re mind is tainted by the emotional investments you’ve already accumulated.

The sunk cost fallacy is closely tied to the concept of a loss aversion, or the strong tendency for humans to want to avoid loss more strongly than they react to a similar gain.

It’s why any good marketing campaign tries to make you feel good by showing how much you’re saving (i.e. not losing). Loss aversion applies to all humans but is amplified in risk-adverse lawyers, where law school has amped up the ability to see (and, we hope, prevent) losses. A typical day for just about any type of lawyer is spent trying to minimize the potential for loss to a client. It’s no wonder this transfers to our investment outlook as well!

For me, it materialized in the desire to hold on to a bad investment rather than evaluating it with fresh eyes.

In order to overcome the effect of a sunk cost, you must use the cortex of your brain to actively tell yourself to disregard the emotional feelings.

Consider a $5000 investment that is now worth $2500. Naturally, you’ll want to stay the course and wait for the investment to bounce back. If it’s an index fund of the broad market, that’s a smart play to make rather than panicking and selling.

If it’s an investment in JC Penny because you read a story in the Wall Street Journal about how the company is poised for a great turnaround, you’ll need to evaluate it in a different context.

If you had $2500 in cash today, would you purchase shares of JC Penny? That’s the question you should be asking and will often lead to the right conclusion. If that didn’t do the trick though, think of it this way: if a friend mentioned that he had $2500 invested in an index fund, would you tell him to cash out immediately today and invest in your JC Penny stock?

Although overconfidence trips up our ability to make good investment decisions, it’s a hardwired human trait because it’s propelled the human species forward. Where would be as a species if humans had historically been underconfident in their abilities?

Closely attached to this overconfidence is a general bias toward optimism in our own personal lives. It explains why drivers are certain their texting won’t lead to an accident, bikers don’t need a helmet or a smoker is confident that they won’t be the one to develop cancer.

It’s the same driving force that convinces you that you’ll outperform the market. You’ve been successful so far in life, so why wouldn’t you be successful here?

If all these factors that we’ve discussed previously (sunk cost fallacy, overconfidence and optimism) led to sub-optimal performance, you’d assume that over a long spectrum of time we’d recognize and correct these behaviors.

After all, fool me once, shame on you but fool me twice? Shame on me.

Yet, our confidence and optimism is backed up by our own experience! Instead of growing humble as we see our own skills in action, the human brain has a tendency to rewrite our own history to make ourselves look good.

Of course we can’t re-write the facts themselves. Your LSAT score is your LSAT score. But I’d be willing to wager that the score you thought you’d receive before you took the test was higher than what you remember your expectations to be.

Too often we look back in the past not in anger but in happiness over our own ability to predict the future. When you were 20 you might have thought you’d be a millionaire by 30. Now, as long as you reach it by 40, you’ll remember back to everything happening exactly as planned when you were 20.

Of course I’m not saying that we don’t remember our failures or even give them greater weight than they deserve. It’s just that mistakes were made (but not by me). In other words, those vivid memories of failure probably involved a great deal of outside factors. But when we have a happy outcome? 100% of the credit is due to our skill, knowledge and intuition.

The problem with attribution bias is that it’s a systematic error made over and over as you shape your memories of past events. It’s why when someone doesn’t respond to you, you’re more likely to think “What a jerk! They couldn’t even write me back?” rather than “Maybe that person is really busy and they didn’t even see my message.”

Since we’ve been collecting these experiences for a long time, it’s important to sometimes take a step back and evaluate the situation with a fresh set of eyes or at least include the possibility of alternate explanations.

When it comes to investing, attribution bias is most likely to lead you astray when you’re evaluating someone else’s investing success or failure.

Consider an investor who has saved a $1 million from two different perspectives: the actor and observer. The actor (i.e. the investor himself) is likely to attribute such savings to situational factors (e.g. “I worked for 3 years and didn’t save much, but then I had a bit of a midlife crises and saved a lot for a few years, but fell off the bandwagon for some time …”)

Whereas the observer might see the investor and explain the success for a different reason, (e.g. “He’s level-headed, hard-working and has been consistently saving”) or something even entirely off-based (e.g. “Well, I think his parents paid for law school and didn’t he make a lot of money buying a house in 2004 and selling it in 2007?”).

Recognize that you’re mostly in the observer mindset when you’re looking at other people’s investing success or failure. It may not serve you very well.

Finally, recognize that even as you’re making decisions you’re likely to fall into a confirmation bias pretty quickly. As soon as you think “this seems like a good investment” (whether it objectively is a good investor or isn’t), your mind will naturally start to find information that confirms this belief and discard information that doesn’t support it.

The only way to combat your confirmation bias is to keep good records. Good records will keep you honest about investment returns, both positive and negative, and keep you from inadvertently recalling investments that soared and forgetting those that plummeted.

Good records also keep you honest with yourself about the decisions that you’ve made. Get used to using XIRR to keep track of those alternative investments so you can see how you’re really doing.

Let’s talk about it. Do you think you’re a better investor than you are? I know I do and I hope that’s half the battle! Let us know in the comments.