A perpetual issue for lawyers is student loans. It impacts where they go to law school, what they take as their first job, and perhaps their whole career trajectory. Of course, the concerns over student loans are not exclusive to lawyers. Millions of Americans from all educational and professional backgrounds have student loans. Many Americans have to make serious sacrifices to pay back these loans and some end up in untenable situations where they cannot pay off their loans.

Given these concerns, student loans have been a major political issue, particularly over the last decade. The economic unrest from the pandemic has made the situation more fraught. As a result, there were some temporary changes that are largely going away. Congress has not acted on student loans because of the political gridlock. These realities raise questions over what actions the government can take on loans and the future of any actions. This article covers these issues.

The state of student loans

Currently there’s about $1.73 trillion in student loan debt. It accounts for about 10 percent of the national debt. There are 42.9 million Americans who have an average of $37,105 in debt.

Though Americans have taken out loans to pay for higher education, over the last 15 years, the situation has gotten much worse. The overall student loan debt has increased by 144% since 2007. Some of this comes from more students pursuing higher education. This is a great thing. Having a bachelor’s degree, and sometimes a graduate degree, is a gatekeeper for many desired professions. As a result, pursuing higher education can be the difference between whether someone gets to move up to a certain economic class. While everyone wants more money, in many cases not having enough money forecloses someone from a level of health and safety.

Additionally, the cost of college has increased by 26% over the last decade. Meanwhile, many government programs, particularly ones on the state level, faced cuts during this time. Many problematic universities have also emerged during this time. There are many stories about how for-profit colleges take advantage of students, but even some non-profit universities have problematic programs. In either instance, the student will take out loans thinking that they can get a job that will allow them to pay the loan back. But often the university does not give them the credibility and/or skills to get the jobs they went to school to obtain.

Law school graduates on average have $130,000 in debt, $108,000 of which is from law school. When someone starts as a lawyer, they typically either work in a government job or a small law-firm, where they make $45,000 to $75,000, or they work at a big law-firm where they make an average of $190,000 a year. The bimodal salary distribution is weird like that. Clearly those making $190,000 a year will have a much easier time paying back the loans, but paying back six figures is not an easy endeavor for anyone. Additionally, many students may feel pressured to abandon why they went to law school, such as to work as a public defender or do plaintiff litigation, to work in a major law firm because they feel that is the only way they can pay back their loans.

The growing problem of student loans prompted more politicians to speak about the issue. In 2010, then-President Barack Obama brought the first major action, when he signed into law an overhaul of how borrowing works with student loans. Under this new system, students could borrow directly from the federal government. From here, Obama made proposals to Congress for broad student loan forgiveness. Some called on Obama to do this forgiveness for loans directly from the federal government, since the executive branch had more authority over these loans.

The Obama administration did take some federal action. As part of their broader crackdown on problematic for-profit universities, the Department of Education forgave hundreds of millions in dollars in loans from these universities. The rationale was that the regulations that were being put in place would save future students from being scammed, but for past victims, all the government could do is forgive past loans.

In the administration of former President Donald Trump, loan forgiveness became a bit more complicated. Trump and Republicans in Congress had no desire to broadly forgive loans. But there was a real debate whether Trump’s Education Department could undo the loan forgiveness programs put in place under the Obama administration. As a result, students and consumer advocates sued Trump’s Secretary of Education, Betsy DeVos. Although all of the litigation did not get settled before the end of the Trump administration, DeVos did forgive some eligible student loans.

Although the Trump administration was not keen on providing student loan relief, Covid-19 upended their position. With the financial turmoil of the pandemic, starting in March 2020, the Trump administration issued an order that said borrowers did not have to make loan payments and they would not accrue interest during the freeze. Trump extended this twice, so it went through the end of his administration. The student loan freeze did not apply to students with private loans because the government does not have the authority to do so, since those loans are not taken out under the government.

When President Joe Biden came into office, many of his supporters expected major action from Biden on student loans. Biden did extend Trump’s freeze on student loans three times until the beginning of May 2022. Trump and Biden’s freeze has saved roughly over $120 billion for student borrowers.

Meanwhile, Democrats have called for other means of student loan forgiveness. An original draft of the Build Back Better plan initially set aside money for paying off student loans. But as negotiations sought to decrease the cost of student loans, the legislation’s leading proponents cut this provision. The failure of Congress to pass such a provision, increased calls for Biden to offer relief through his Department of Education. The Biden administration has continued the relief program that the Obama administration started, for students who can prove a university defrauded them or if they are permanently disabled.

When Biden ran for President, he promised to cancel a minimum of $10,000 in student debt per borrower. That obviously has not happened yet. Some Democrats have called on Biden to cancel up to $50,000 in student loan debt, but Biden rejected this and claimed he did not think he had the authority to do so. However, many leading legal advocates and scholars believe he does. Due to the nature of the federal student loan program, the federal government can cancel any debt owed to it.

Even leading Republicans, who are opposed to any executive action from Biden to provide debt relief, have not rejected the potential action as “unlawful”, instead they have called it “unfair” to borrowers who have repaid their loans, and “elitist” because there are many taxpayers who never went to a higher education institution, who would have to help foot the bill. Additionally, if Biden can provide $10,000 in relief, there’s no legal reason he cannot provide a greater amount. It would work largely the same as the relief to people who had loans forgiven due to fraud or having a permanent disability. The Department of Education might have to go through some administrative legal procedures, but ultimately the Biden administration has a lawful way forward.

However, as noted above, not all students are helped by these kinds of executive actions. 92 percent of student loans are federal, but eight percent are private. The total private loan debt comes out to $136.31 billion. Borrowers who take out private loans, have generally done so because they can get a better interest rate with these loans.The only way these borrowers can get their loans forgiven is if Congress passes legislation to specifically earmark money for paying off these loans. Similar to how a stimulus check works.

Additionally, if the Biden administration will not act to Congress’s satisfaction, Congress can pass legislation to forgive all loans, federal or private. Moreover, with federal loans Congress could pass legislation to mandate that the Department of Education forgives loans meeting whatever criteria Congress wants. Even though the Department of Education likely already has the authority to forgive loans, it could head off any potential litigation, or even excuses of inaction from the executive branch.

Ultimately, whether student loan forgiveness occurs through executive action or Congress, it is certainly a political issue. There is $1.73 trillion in student loan debt. Spending that much on anything will be controversial, particularly when inflation is such a major issue. Proponents of student loan forgiveness have pointed out that it costs around the same as Trump’s tax-cuts did. However, Trump and Republicans did take a political hit over passing the tax-cuts. Additionally, Obama and Democrats were initially hurt politically for supporting the Affordable Care Act (ACA). So in these divisive times, it seems for now that each President gets one signature domestic achievement, and then they face electoral backlash over it in the midterms, and possibly their own re-election.

Today, the ACA is mostly still in place, and it is no longer unpopular. Although Trump’s tax-cuts are newer than the ACA, they have not been repealed yet, and Democrats are not really attacking Republicans over Trump’s tax-cuts specifically anymore. So legally student loan forgiveness can occur, and politically it seems there is potential for such an action to stay in place long-term. But the threat of short-term political damage is holding up action on the Democrats’ end.

Over the last decade or so, political gridlock has blocked a lot of programs. So regardless of the merits of student loan forgiveness, your financial plans should not rely on it happening. If your student loans are becoming too cumbersome, there are other actions you can take. You can refinance your loans to get a better interest rate or lower monthly payments. If you are facing any legal or other serious issues concerning your loans, consider consulting a student loan attorney. Finally make sure you understand what kind of loans you have, and your obligations regarding them. 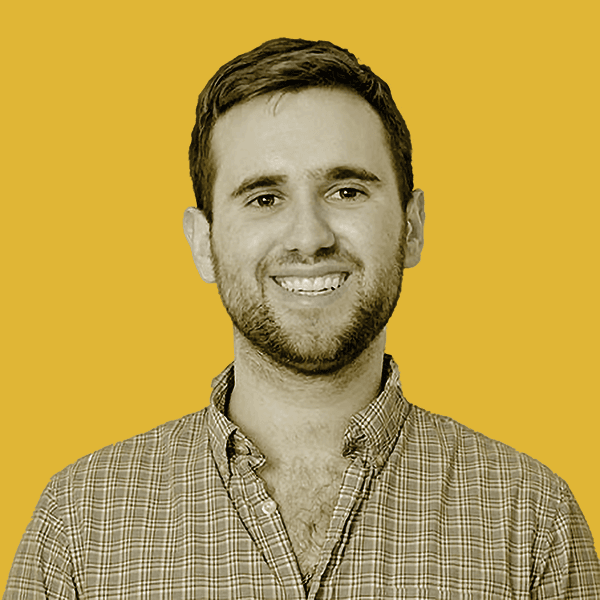 Todd Carney is a graduate of Harvard Law School. He holds a Bachelor’s degree in Political Science and Public Communications. He has also worked in digital media in New York City and Washington D.C. The views in his pieces are his alone and do not reflect the views of his employer.