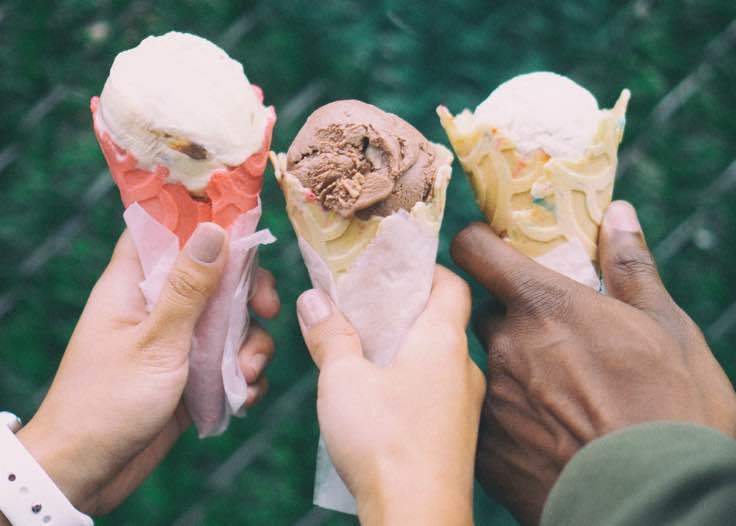 On the path to financial independence, I’ve often been asked if I have a goal in mind. Many people refer to this goal as “your number” – the magical line in the sand when you cross from being financially dependent to financially independent.

I’ve always thought the idea of a single number seemed silly. How could there be one special number that meant I reached the holy grail of financial independence? Life has rarely worked that way so far. Every time I reach a goal, there’s always another on the horizon, so it’s never made much sense to me that financial independence would be a clear “yes/no” proposition.

Regardless of my financial goals, my number is almost guaranteed to be different from your number. Your tastes, habits, and expenses are different from mine. We don’t have the same family. We didn’t start in the same place. That muddies the water even further.

The median household income in the United States is $57,617. The poverty line for a family of two is $16,460. If your family is making between $16,460 and $57,617, you are in the lower middle class by definition (although it’s debatable that we should be using the concepts of “lower middle class” and “upper middle class” but that’s a story for a different article).

It would take somewhere between approximately $425,000 and $1,450,000 in savings to reach Stage One Financial Independence assuming you could withdraw about 4% of the portfolio without ever need to touch the principal. This levels of savings would provide you with an income level in the lower middle class (keep in mind that it’s really your expenses that count, which we will soon see, but approximating the median income seems the best measure for Stage One Financial Independence since at this income level there’s not a ton of room for saving money anyway).

If you had an income in this range you would be able to cover all of your annual expenses in the majority of the United States. Your lifestyle might be lower than it is today – and you probably wouldn’t be living in a big city on the coasts – but you would no longer need to work to cover your basic living expenses.

Many lawyers aren’t able to grasp Stage One Financial Independence because they either grew up in expensive areas of the country or are working in expensive areas of the country right now. If you have a portfolio of $1,000,000 generating $40,000 a year in income, it might seem far-fetched to imagine living off $40,000 a year in a city like San Francisco.

Stage One Financial Independence has a lot of flexibility though and is the most important stage of financial independence since it’s the baseline level where you can call yourself financially independence.

Once you reach it, you can do things like:

Stage One Financial Independence is where a Biglaw Associate can find himself after 5-8 years of working. Or, for a household in Kentucky, it’s where they could find themselves after 15 years of saving $30,000 annually (expected inflation-adjusted portfolio at that savings rate would be $725,000). For that Kentucky lawyer, both partners need only use a 401(k) to reach $725,000 since $30,000 a year is less than the maximum space available to them each year.

If Stage One Financial Independence is the result that 99% of lawyers can expect to achieve in their lifetime, Stage Two Financial Independence is the outcome that confuses them the most. Many lawyers assume that because they’re in their working prime, they’ll never be able to achieve “true” financial independence where investment income is covering their current expenses. Those lawyers forget that they could easily move to other parts of the country and be financially independent.

But let’s dream a little and imagine how much money it would take to cover your current expenses. If you’re following the Biglaw 1st Year Sample Budget, you’ll be spending about $60,348 to live in an expensive city. You’ll also probably be living with roommates, so we’ll call this the low end of Stage Two Financial Independence (note that it’s still higher than the US median salary). If you’re a family of three living in NYC, it’s reasonable to think your expenses could be closer to $120,000 a year.

It would take somewhere between approximately $1,500,000 and $3,000,000 in savings to reach Stage Two Financial Independence assuming you could withdraw about 4% of the portfolio without ever needing to touch the principal. This level of savings would provide you with enough income to cover expenses in a big city.

The funny thing about Stage Two Financial Independence is that it’s still a perfectly reasonable goal attainable by the majority of lawyers willing to work their entire career.

A lawyer that maxes out her 401(k) retirement account by saving $18,500 a year over a 35-year career (from ages 30 to 65) can expect a nest egg of $2,300,000 in inflation-adjusted dollars. Many lawyers simply don’t want to work for 35 years but, if you’re willing to do so, it’s perfectly reasonable to expect to reach Stage Two Financial Independence. If you add a Backdoor Roth IRA to that savings plan, you’ll come out with $2,950,000 in total retirement savings, putting you at the upper range of Stage Two Financial Independence.

If you’re willing to save $50,000 a year toward retirement, you could cut that working career nearly in half by working from ages 30 to 48 and you’d have an inflation-adjusted expected retirement account of $1,625,000, putting you in the beginning bands of Stage Two Financial Independence.

Saving $50,000 a year towards retirement is a “serious” savings mode, which may be too steep for many (keep in mind this in addition to any other saving you need to do for things like houses, cars, etc.). But it’s certainly possible to reach Stage Two Financial Independence in an early timeframe if you’re motivated. If you have a combined household income of $200,000, saving about 25% of your gross income would put you on course to save $50,000 a year.

Stage Two Financial Independence gives you even more flexibility than Stage One. Once you reach it, you can do things like:

Stage Two Financial Independence is where a super-saver lawyer in Biglaw might find themselves as a junior partner. Or, for a household in Kentucky, it’s where they could find themselves after 35 years of saving $24,000 annually (expected inflation-adjusted portfolio at that savings rate would be $3,000,000). For that Kentucky lawyer, that’s simply maxing out a 401(k) and Roth IRA every year you work during a normal 35-year working career!

This is the level of Financial Independence that everyone wants to achieve. It’s also usually what someone has in mind when they first discover the concept of financial independence. A typical example is a lawyer that decides if they had $200,000 of annual income – without needing to work – they’d be all set. With $200,000 – $300,000 in income, you can live comfortably as a family of four in just about anywhere in the United States or the world.

It would take somewhere between approximately $5,000,000 and $7,500,000 in savings to reach Stage Three Financial Independence assuming you could withdraw about 4% of the portfolio without ever needing to touch the principal.

This level of savings may feel out of reach for most lawyers unless they’re willing to sacrifice a significant amount of current consumption for future consumption. A lawyer saving $40,000 a year towards retirement that is willing to work a full 35-year career could expect to have an inflation-adjusted nest egg of $5,000,000. To bump themselves to the higher end of the range they’d need to save $60,000 a year.

Does this mean Stage Three Financial Independence isn’t attainable? I don’t think so.

The way many people reach Stage Three Financial Independence is through a combination of investment income and investment cash flow acquired later in life. The thing about Stage One or Stage Two Financial Independence is that if you’re motivated enough to reach them fairly early in your life (i.e. before 45), you’re likely the kind of person that will find other ways to generate money in retirement.

If you had unlimited time and had reach Stage One Financial Independence, would you be motivated to push yourself toward Stage Two or Stage Three?

Let’s talk about it. What stage of Financial Independence are you shooting for?

Sixteen thoughts on The Three Stages of Financial Independence