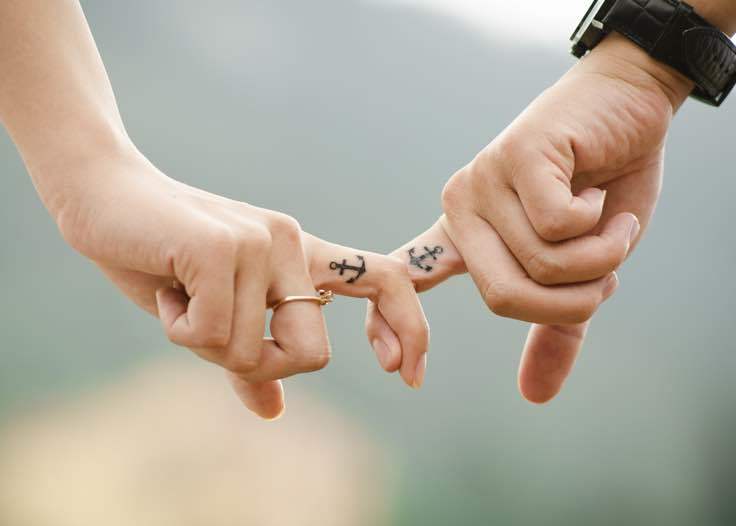 One of the benefits of running this site has been getting to know you and the many other regular readers. I’ve learned that everyone’s situation is unique, even if the general principles of good financial health apply across the board.

One common theme I’ve seen is that people start thinking about finances at different points in their lives. Some start during law school, while others have been practicing for several years before they decide to get everything in order.

It seems the ones that are forced to confront money issues sooner rather than later are those married to a spouse that also has debt. Sometimes we think that only lawyers are struggling with the student loan debt monster, but it’s a rare modern couple that isn’t battling debt on two fronts.

I recently corresponded with one such reader from the Pacific Northwest that has a combined debt load of about $350K between the two (one is a lawyer the other is not).

They have a healthy combined income of about $125K but with a debt balance of nearly 3x their income and interest rates in the 6.8% range, it’s difficult to make progress (interest at that level is about $24K/year or $2K a month even before you touch the principal balance).

So what is a couple like this to do? Here are a few of my ideas.

Remember the Think Different Apple campaign from the late 90s?

Yes, if you have $350K in student loan debt, it’s time for you to think different too. And thinking about buying Apple products is probably not the way to go here. Not only are you broke, you’re $350K away from broke. This is a huge problem that will take you years to get back to zero. Yet, getting back to zero you must, whether that’s repayment or forgiveness.

Realizing that you owe so much doesn’t have to be a depressing experience (although it usually is). It just means acknowledging the facts of the situation and deciding to take action.

Because once you start to conceptualize that you’re absolutely broke, you’ll also realize that you’re in no position to do a lot of things like (1) buy a house; (2) help out family members; (3) live in a high cost-of-living location or (4) live in a certain way because “you’re at that stage in life”.

All of those things go out the window when you decide you want to solve this problem as soon as possible.

The good news is that if you’re reading this post, your mindset is probably 95% of the way there. It’s just the unpleasant thought of paying off the debt that lingers (don’t worry, we’ve all been there).

Now is the time to develop a plan.

The plan is to pay off your student loan debt.

PSLF is getting a lot of press lately, with many wondering if they qualify for PSLF or whether PSLF will go away. Despite the concern over the program, it would be silly not to consider PSLF as a possible solution to the debt.

If one or the other has the opportunity to work for the government or a 501(c)(3) organization, PSLF could provide non-taxable forgiveness in 10 years. If one spouse has the bulk of the debt, it may be beneficial for that spouse to find work that qualifies for PSLF while refinancing the other portion to pay it off quickly.

Of course that money essentially comes to you tax free, so you’d probably need closer to $30K in extra pre-tax income to equal the $20K in benefit you receive from the PSLF program.

So with $200K of debt, 10 years left on the program and deciding between two jobs where the PSLF-eligible job pays $70K and the non-PSLF job pays $100K, you might roughly consider them equal. Of course, there are better tools out there to compare the value of PSLF, such as this calculator. (Ed Note: The creator of that calculator, Travis at Student Loan Planner, is a paid sponsor of the site but his spreadsheet is free and a truly helpful tool for comparing the different repayment options.)

The point is that it’s absolutely possible to quantify the value of PSLF so that you can make good decisions about whether the PSLF job is “worth it”, particularly if you’ll take a salary cut.

If counting on a government program to perform as expected isn’t your preferred approach, there’s always the possibility of taking control of the situation yourself.

To do that, there’s only so much defense you can accomplish by reducing expenses. You’ll probably get a lot more value out of working to increase your income.

Thankfully, there’s a lot you can do. Some of the ways to boost income are short term (like renting a room on AirBnB or starting a side hustle). Just look at what this lawyer has accomplished by picking up a few side hustles. Could you do that? Of course you could!

Some of the ways to boost income take more time, like switching jobs or finding a more lucrative practice area. It’s still a great idea to plant these seeds today because tomorrow will come sooner than you think.

Sometimes the best way to increase your income is to switch jobs. Don’t be afraid of sending out your resume and going on a few interviews to test the market and see what else is out there. You can get all the way up to the point of receiving a job offer and still say no. There’s no harm in exploring.

The great thing about $125K in income and $350K in debt is that it’s not an insurmountable problem.

What if they wanted to get rid of the debt in 4-5 years. Could they do it?

If you said “NO!”, that’s the wrong attitude! You may not want to give up the creature comforts (who would?), but don’t forget that all-out warfare on the student loan debt is perfectly possible.

This doesn’t mean a gradual adjustment where you slowly reduce expenses and throw an extra $1000/month towards the debt. All-out warfare is a radical lifestyle change.

A couple with this much debt could:

With TWO people working together to eliminate the debt, there are a lot of options to make serious headway on the debt while keeping each other motivated.

You wouldn’t be alone either. There are couples living on $14,000 a year. I certainly would find that too extreme, but sometimes people forget that all-out warfare is an option. If you really want to get out of debt, what’s a couple of years of living on the bare minimum? You might even find that you like it when you get rid of your stuff.

And what happens if after 18 months you decide you’re tired of this approach and need to change up your strategy? Well, maybe you’ve paid off $150K and are now only staring down $200K of debt. That’s hardly a bad position to be in.

Let’s talk about it. What would you do if you had $350K in student loan debt? Any advice you’d give this couple?

Six thoughts on Ugh, Your Spouse Has Debt Too?