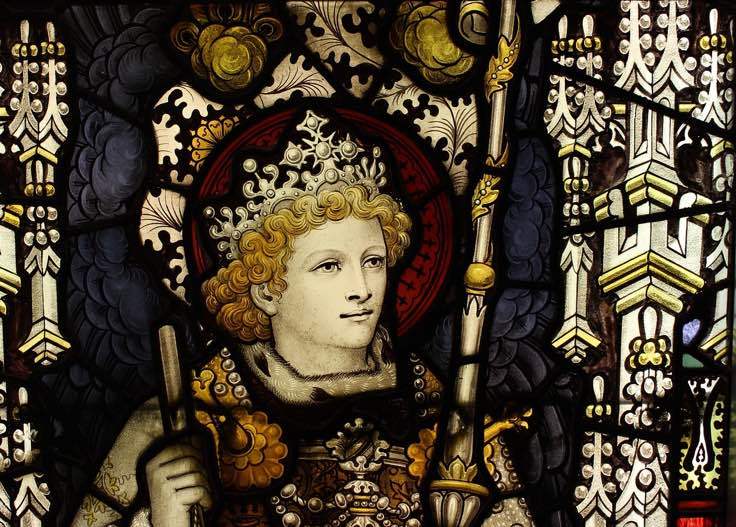 It’s indisputable that we’re living in the most prosperous time the world has ever seen. And while you might think that’s always the case, there are plenty of historical periods where the quality of life slipped backwards (for instance, did you know that 50 years ago cross-country flights were actually faster than they are now? But I digress …)

Not only are we living in the most prosperous time, we’re accelerating into even more prosperity in a way that is difficult for us to comprehend.

In fact, if you plucked the child born in 1281 and placed him into the 1381 world, I doubt he would notice much difference. His mind certainly wouldn’t explode from shock.

Yet, the average world life expectancy is 1950 was 48 years and by 2014 it had climbed to 71.5. Not only that, between 1950 and 2014 we saw an explosion in technological innovation: leisure flying became affordable; cellular phones; space travel; modern computers; GPS; the Internet, etc., etc. Back in 1950, US companies were marketing the arrival of long distance calling.

A child born in 1881 would certainly feel out of place if swapped with someone born in 1981. The blistering pace of innovation and prosperity make those two worlds unimaginable. So much so, that the 1881 person would look at the vast majority of the current middle class as incredibly wealthy.

What Is the New Rich?

Coined by Tim Ferriss, the New Rich is growing group of people that recognize the advantages of the modern world in a way that many people have a hard time grasping. The New Rich understand that through sheer luck, they’re living in a time of unlimited prosperity in a way that boggles the mind.

Quite simply, you can live better than a king in the 1300s for the price of a middle class American lifestyle. Why do I say better? Because you can fly anywhere you want to in the world, chasing endless summers (or endless winters), all the while walking around with a collection of all of humanity’s written knowledge in your pocket, for the price of a few economy airfare tickets and a smartphone.

Think about it this way: would you trade your current life to be a king or queen in the 1300s? What choice do you think a king or queen would make? I’ll bet you $100 that while the king or queen might have enjoyed the trappings of royalty, they’d probably gladly give it all away to live twice as long and for the ability to watch cat videos on Youtube. The New Rich recognize that for a small fraction of the price of the private yacht lifestyle, you can capture the majority of the luxury lifestyle thanks to rising world economic prosperity. Even better, it doesn’t cost as much as you think.

How Much Money Do The New Rich Have?

You’ll be forgiven if you think – like I did a few years ago – that the New Rich had $5,000,000 in the bank to support their lavish lifestyle. After all, if you’re making a six-figure income and feel like you’re barely scraping by, it’s understandable that you’d expect you’ll need millions of dollars in savings to replace lost income.

Well, that’s obviously wrong and the same mistake I made. It doesn’t cost nearly $5 million to maintain a $200,000 lifestyle.

That’s because of a few reasons worth exploring, such as:

Even better, if you’re willing to move to a lower cost of living location, you can maintain the same $200K lifestyle on a fraction of the income. Is this an option for everyone? No. But are we living during a time when the option exists? Yes, we are.

Who are the New Poor?

The flip side of the New Rich is a group of people called the New Poor. The New Poor have average or above-average incomes but have found ways to spend their money on life’s consumption options. That’s totally fine. It’s their prerogative and we’re not here to judge.

But some people are starting to look at the trade-off and wondering if it’s worth it. Of course, that’s one of the great things about personal finance. It’s as much personal as it is about the numbers. Everyone has their own internal value on what they can get out of a dollar.

But what’s funny to me is that while putting together this article, I googled “the new rich” and expected to find all kinds of articles about how the “new rich” were building wealth that set them apart like no other generation.

Imagine my horror when I discovered that nearly every single article spoke of the “new rich” as those renting luxury condominiums and consuming everything they can. Paul F. Nunes called them “the new power brokers of consumption.” That’s not the New Rich. Those masters of the universe are the same that have been around for 100 years, finding new ways to be poor each year.

If you want to be part of the New Rich, no amount of consumption is going to get you there. The New Rich long ago recognized that the currency they trade in is time and experiences, not money and things. When you talk to almost anyone you can tell that they have a bit of the New Rich in them – the question is whether they want to embrace it? In my book, using your money to buy freedom is a smart move (ironically, it may lead you down the path of wanting to stay in your job when you’re no longer required to do so). But the New Rich have the option. It’s their choice.

Seven thoughts on Welcome to the New Rich