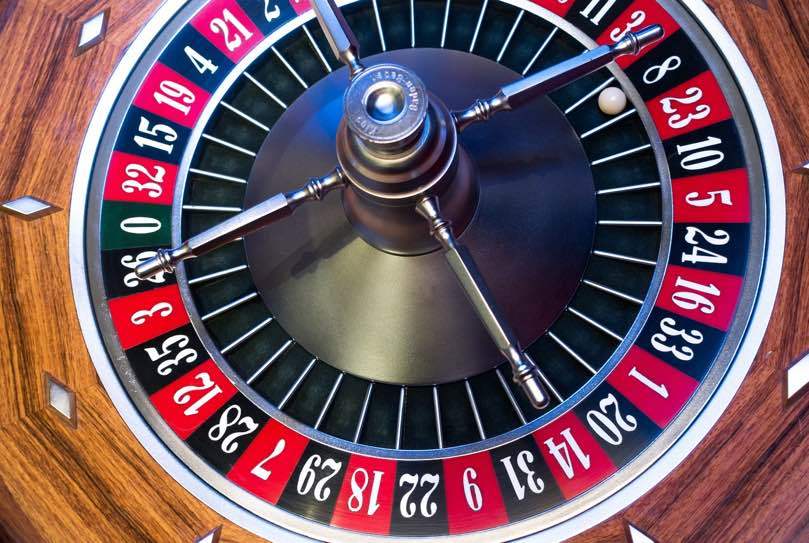 Recently I read an interesting article on Bloomberg about the largest 401(k) plans in the legal industry. It’s no surprise that some of the mega firms like Kirkland & Ellis and DLA Piper have the largest account balances. First place went to Latham & Watkins which includes over 2,200 attorneys and a plan with a combined value of over $1 billion. I’m happy to see my fellow lawyers taking advantage of the benefits of retirement accounts.

Since these retirement plans are public and searchable, so I thought it’d be fun to pull the curtain back and take a look at the investment options offered by Latham. Are the employees there making good decisions?

First, if you work at Latham, you have some great options. I’m surprised and glad to see that one of the world’s largest firms is offering excellent investment choices to their employees. Even better, it looks like a lot of Latham attorneys are taking advantage of those great investments. As you can see from the chart below, there aren’t a lot of mutual funds offered, but I tend to think that less options are better since it eliminates paralysis analysis when it comes to making an investment decision. There’s a ton of Vanguard funds, including the Vanguard Institutional Index Fund, the Vanguard Total Stock Market Index and the Vanguard Target Retirement Funds (ranging from 2010 to 2055). Latham lawyers also have access to Vanguard’s Total Bond Market Index, which makes it easy to create a desired stock/bond allocation.

A closer examination raises a few points worth discussing.

Why So Much Cash Sloshing Around?

You probably noticed that almost $40 million is tied up in the Morley Stable Value Fund. That’s about 3.3% of the total Latham portfolio that’s locked into cash. The fund might call itself “stable value” but with net returns at 0.99% over the 5-year average, it might as well be renamed the “Slow Death” fund as inflation eats away at the principle value. I can think of very little reasons, none of which are good, for keeping money in a retirement account locked away in a cash fund. It means these lawyers are either trying to time the market or haven’t spent the necessary time to learn about personal finance. Deploy that cash!

Astute readers will notice that the amount in cash is actually much higher. In addition to the Morley Stable Value Fund, there’s another $8.6 million in the Vanguard Prime Money Market Fund. While it’s possible that the $48.6 million in cash represents a portion of investments belonging to older individuals on the brink of making withdrawals, there’s better things to do than moving the money into a money market fund before you withdraw it from your 401(k). I’m willing to bet most of the money in those funds is from people who hope to time their investments.

The Fees Will Kill You

Despite the great Vanguard offerings, there’s a few actively managed funds sprinkled throughout the offering that account for several hundred millions of investment. Actively managed mutual funds carry two problems that you must overcome in order to receive outsized returns: (1) the manager has to be able to beat the market; and (2) the return has to be greater than the manager’s fees (otherwise known as the expense ratio).

Can managers beat the market? Sure they can. Can they do it consistently? Not really. Yesteryear’s above-average return can quickly turn into this year’s below-average plummet. And while I’m confident you can pick last year’s winner (lawyers aren’t THAT bad at math), I’m highly skeptical you can pick this year’s winner and it’s laughable to think you can pick the winner each and every year for the next 40 years of your investment career.

And don’t forget, the manager is starting with a handicap from the beginning because he also has to overcome his own expenses – including the expenses associated with actively buying and selling stock – plus his own fees before he can even beat the market.

I’ve made a small table so we can take a look at some of the expense ratios.

Besides the Harbor International Fund at 1.13%, most the funds are well below 1% so you might think these expense ratios fall into the “no big deal” category. As most of you know, an expense ratio is the fee that’s charged to you each year that you’re invested in the fund. The expense ratio comes off the top of your returns, so you’ll never see it in your pocket. In other words, if your fund returns 7% that year, you’ll only see a return of 7% minus the expense ratio.

So what’s the cost of a seemingly small 0.50% expense ratio? Literally thousands and thousands of dollars.

In fact, let’s take a look at the cost of fees on the entire Latham portfolio. Imagine you’re one of the investors in the Harbor Capital Appreciation Fund and so therefore part of the $66,725,120 pile of money. Let’s say you have a 30 year investing career ahead of you and you’re thinking about switching to the Vanguard Institutional Index Fund. Let’s say that both funds return the exact same amount over the next 30 years (more on that later). What’s the difference? If the lawyers had moved all $66 million over to the lower cost Vanguard fund they would have saved $60,261,742 in fees over 30 years.

I think $60 million in fees might arouse the curious investor’s attention and perhaps cause them to dive a little deeper.

And we still haven’t talked about whether the actively managed fund can beat the index. Most actively managed funds don’t. Those that beat the market one year rarely repeat the process. I’m not picking on Harbor Capital particularly, but I’m also not surprised to see it doesn’t appear to be beating the Vanguard Institutional Index Fund over the last 10 years: You’d think if you were paying someone $60M to manage the fund they’d have something to show for it but with investing you get what you don’t pay for. While you can do much worse than a 0.65% expense ratio, you have to wonder why you’d pick an actively managed mutual fund when you can buy the index for the low price of $4 a year for every $1000 invested. If the Latham lawyers collectively moved their hundreds of millions over to a low-cost index fund, they’d save hundreds of millions of dollars in fees over the next 30 years. That’s pretty incredible, no?

The final line item in the chart shows $10 million of assets are in participant loans. These are loans employees have taken against their 401(k)s. These types of loans are lousy even if you’re “paying yourself the interest” since all you’re really doing is keeping your retirement investments out of the market. Still, I think $10 million in participant loans on a $1.2 billion portfolio is a pretty good sign that these lawyers aren’t taking advantage of 401(k) loans willy-nilly. There’s bound to be a few circumstances where employees need access to the money and are using it for true emergencies (I hope that doesn’t mean they’re buying a boat!).

Don’t think that we’re going to finish the article without talking about the $288 million gorilla in the room. Did you notice the individually directed accounts which make up more than 25% of all investments? If your retirement plan doesn’t offer you access to low cost index funds, having the ability to fund an individually directed account is a fantastic solution since you can purchase those same index funds through any broker via an ETF. However, when you have access to low-cost index funds there’s no reason to go to a brokerage account unless …

You think that you can beat the market!

Forget about picking the winning fund manager. Those guys charge high fees! You know who doesn’t charge a high fee? You don’t! (Or at least, you don’t charge yourself a fee to manage your money). Plus, you went to law school so you must be smarter than average, right!?

Sadly, that means there’s roughly $288 million placed on bets that individual stocks will do better than the index. Warren Buffett disagrees with you.

This pool of money represents unnecessary risk and could potentially do some serious damages to these lawyer’s retirement accounts. If any Latham lawyers are reading this and have self-invested and beat the market, please send me your numbers so I can feature you in a future post. Please only send returns if you’ve been investing for 10 years.

For everyone else, it’s back to the basics. Load up on those cheap index funds and focus on saving money. A great future awaits!

Four thoughts on What Investments Do Lawyers Own?