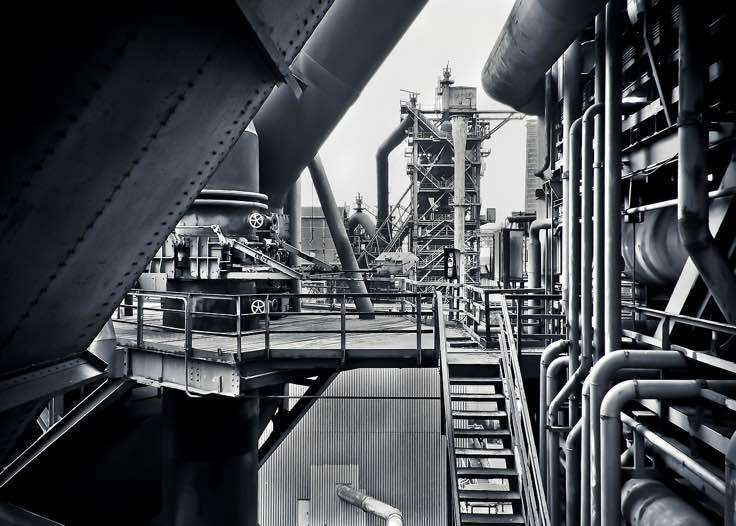 Let’s put aside the politically-loaded terms of communism and capitalism and think about the general difference between capital and labor. For basically all of history, you needed both capital and labor to produce anything of value. The capitalist owned the factory and the laborers produced the goods. For a long time the capitalists had the upper hand and kept most of the generated wealth for themselves.

Once labor organized into a meaningful collective, it began to bargain for a better deal and the middle class was born. No longer could the capitalist dictate the entire terms of the arrangement. Without labor, the factory sat empty and the capitalist suffered. While capitalist still retained the majority of the generated profit, the inequality lessoned.

Fast forward to 2017 and labor is again on the defensive thanks to the Automation Revolution (I’m pretty sure I made up that term, but stay with me). Like the Industrial Revolution, which replaced manual labor with machine labor, the Automation Revolution is seemingly replacing human labor with computer labor (don’t believe me? Watch these robots automate this Amazon Fulfillment Center).

With the Automation Revolution, the owners of capital are doing even better than ever before. For the price of a few robots and some electricity capitalists have an army of labor working 24 hours a day. This labor doesn’t require benefits, lunch breaks or ever quit. It’s the a 19th century robber barron’s dream!

Which is why this is fundamentally true for you:

All decisions you make should help move you from being a laborer to being a capitalist.

As a laborer, you trade time for money. It doesn’t matter whether you have a high income or a low income. Even professional NFL athletes are part of the labor class. They’re simply paid a wage for doing some form of work.

As a capitalist, you are not paid for your time. You’re paid for the use of your capital. The payment can come in the form of interest, dividends or capital appreciation but you can rest assured that by allowing other people to use your money, you will get paid.

If you hope to retire some day, you will need to become a capitalist. There is no other way.

Most lawyers start out in the labor force. It’s the only way to generate income when you don’t have any capital. Slowly you save a portion of your income every year which develops into investment capital. For many lawyers it will take 40 years between the ages of 30 and 70 to become a capitalist.

However long that takes for you, when you become a capitalist you’ve reached financial independence. No longer do you need to trade labor for money. If you want, you can live off dividends which means you’re taking advantage of other people’s labor.

But when you look under the hood, your savings rate is the amount of your labor you’re converting into capital. The better you are at converting labor into capital, the faster you’ll become a capitalist.

How much should you be saving? Thanks to the late start in life, most lawyers need to be saving much more than the standard 5% or 10% and more like 20 or 25%. Unfortunately, there’s no one specific rate for you. You should be saving as much as you can while balancing all the competing demands on your money.

The important part is that every dollar that comes in should push you forward on the path to becoming a capitalist. Once you get on that path you can tweak the amount going forward but many people neglect to even start down the path.

Let’s talk about it. Are you on your way to becoming a capitalist?

Five thoughts on You Want to Be a Capitalist