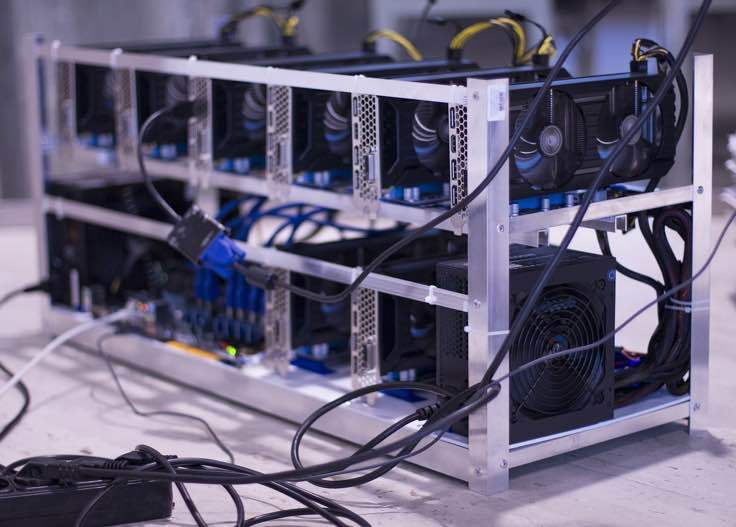 Those are staggering returns.

Who wouldn’t want to turn $10,000 into $1 million in less time than it takes to get through law school?

That’s because currencies have an expected return of zero.

When you purchase a currency, you aren’t purchasing a discounted future cash flow. You’re not investing in the underlying economic machine associated with that particular currency. There are no dividends or rents to collect. An investor’s only return with a currency is speculative return, the type of return you can capture depending on the movement of a currency against another currency.

If you think of the currency market as a whole, speculative investors will lose money. That’s because for every winner there is a loser. It’s a zero sum game. And that’s before you factor in expenses. With transaction costs, as a whole, speculative investors will lose money as they pay transaction fees on each trade. If you want to get rich investing in cryptocurrency, the best way to do so is to be the person charging a fee for each transaction. In that position you’re guaranteed to make money.

In other words, currencies don’t create value. They are simply a medium of exchange. Currency prices, like all other market prices, should incorporate all available information. Think of it this way: if you could buy a brand new computer using euros at a cheaper price (on a converted basis) than you could using dollars, you’d probably make that transaction every time. This puts pressure on increasing the price of euros (higher demand) until it evens out.

But is Bitcoin a currency? It’s not clear. The IRS has taken the position that it’s property, like gold and silver. Certainly Bitcoin would like to be treated as a currency but right now it’s somewhere between a commodity and a currency. I think this creates a lot of confusion. Commodities aren’t great investment options either.

Like currency, commodities don’t produce any value either. You can own a bar of gold. That bar of gold can have value. That bar of gold won’t generate new tiny shavings of gold each day. Instead, you’ll end up with a commodity that has inflation-like returns in the long run with a ton of volatility for fun as well. Commodities aren’t appealing to me either.

Here’s the latest Bitcoin chart from Coindesk. If you think past performance is indicative of future returns, it would be tempting to follow this chart as it looks like Bitcoin is shooting up in value. The problem with making an assumption based on previous returns is that it’s only an assumption. My crystal ball remains cloudy. I have no idea if returns will continue at this staggering rate or will plummet tomorrow. The previous performance of Bitcoin sheds no light on this possibility. The future simply remains unknown.

Will some people make a ton of money in cryptocurrencies? Absolutely. They already have. They put in small amounts in 2015 and exited in 2017.

Will people make money investing in cryptocurrencies today? I have no idea. You might or you might not. In my experience, looking at last year’s winner and placing a bet today is a recipe for disaster.

If you’ve been playing poker for half an hour and you still don’t know who the patsy is, you’re the patsy.

Said another way, I don’t invest in stuff I don’t understand.

Bitcoins are mined using elaborate mining rigs solving complex mathematical equations. Thanks to the research I put into this article, I know how to build one myself. It even looks kind of fun. But that doesn’t mean I understand everything about blockchain technology and how it works. I’ve had countless conversations with people that are really enthused about cryptocurrencies and I’m pretty sure none of them fully understood it either. When something is difficult to explain (like Lehman Brother’s Repo 105s and collateralized debt obligations (CDOs)), I don’t take it to be a good sign.

When imagining the entire cryptocurrency universe, it’s not hard to imagine that many people are far more sophisticated than me playing in the market. Remember, I’m just a simple corporate lawyer! I wouldn’t dream of telling anyone that I could make contact with a pitch from Justin Verlander. Why would I think I’ll do better than people spending 12 hours a day on specialized message boards following every piece of news and currency fork?

The truth is that I’m not the most informed, talented, lucky or smartest of the currency speculators. My “edge” is likely to be negative. If your edge is negative too, why would you want to use it? You’ll be better off at a casino.

4) Speculation is Not a Bad Word, But I’m Building Wealth

There’s nothing wrong with speculation. Many people will build large fortunes through speculation. Purchasing a cryptocurrency is a pure speculation play. If you’re going to do so, I’d limit it to no more than 5% of your portfolio. You may end up with a great return or you may end up with nothing. That’s the risk you take when you speculate on something entirely out of your control.

I’m not interested in speculating. That kind of volatility is unnecessary. It doesn’t have a place in my strategy of building long-term sustainable wealth.

A lot of people compare Bitcoin to the Dutch tulip craze. That may be an accurate comparison but cryptocurrencies have been around for 8 years so it’s hard to say it’s just a fad. I tend to agree with William Bernstein that cryptocurrencies are not a classic bubble but that doesn’t mean that I want any piece of the speculation. Until someone can prove that Bitcoin has intrinsic value, I’m happy following a proven strategy at the expense of a speculative one.

5) I Don’t Have to Invest in Bitcoin

Every day I’m pitched with investment opportunities. They come from the media, financial professionals and other investors. Each time I consider an investment opportunity, it always come down to why I’m investing in the first place. In my case, it’s to achieve financial independence and to pay for future expenses like retirement.

To achieve those goals, I don’t need a 10X return in a cryptocurrency. In fact, I don’t need to invest in 99% of investment opportunities that I see in order to have a comfortable life with a multi-million dollar portfolio. I think most lawyers are in the same boat. With above-average incomes and aggressive saving, the path to building wealth is straightforward.

Sometimes investors forget that they’re not penalized for investments they don’t make. If an investment bothers you for any reason, you can simply let it pass right by you without any fear of missing out. And when you think about it, it’s the fear of missing out that really drives much of the madness in the first place. Nobody wants to be left behind. There’s even a calculator on the internet called extremefomo.com that lets you imagine if you had invested in tech stocks how much money you would have today.

The fear of missing out is an entirely unsatisfying reason to invest in anything. It relies on the Greater Fool Theory and pushes you into thinking that the investment race is with other people. The race is long and, in the end, it’s only with yourself.

Am I missing out on something big? Maybe. Cryptocurrency might be the future of currency. I can’t say. Even if it is, I won’t regret skipping cryptocurrency as an “investment” for the reasons outlined above. I’ll just use Bitcoin in the future to buy my shares in low-cost index funds.

Let’s talk about it. Are you investing in cryptocurrencies?

Eight thoughts on Is Bitcoin a Good Investment?