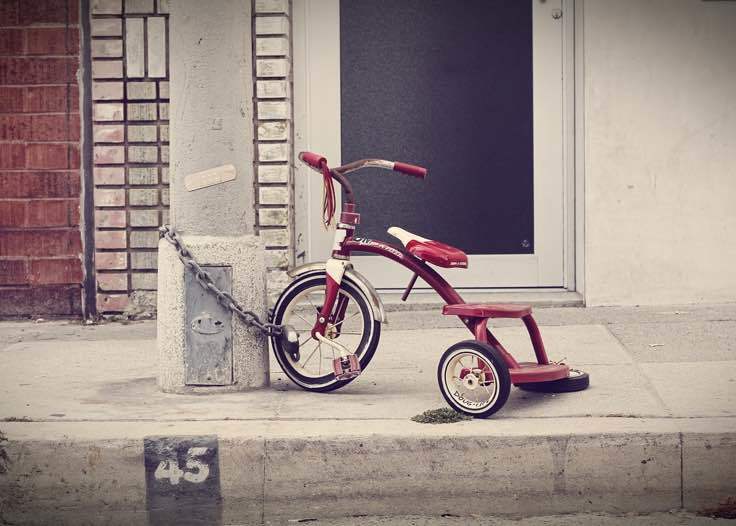 Did you know that some states have regulations requiring both residents and non-residents to pay state income taxes on all income earned from a company that’s located in that state even if the employee lives and works in a different state? Neither did I. Did you know that New York is one of those states along with Delaware, Pennsylvania, Nebraska and New Jersey?

I realize this will only apply to select group of readers, but I think it’s worth pointing out all the same: If you work remotely for a company based in New York, Delaware, Pennsylvania, Nebraska or New Jersey, even if you physically never step foot in those states, you may be subject to state income tax in those states.

The reason why I think this is such an interesting topic is the general trend to decentralize work. At my firm we have multiple associates that work remotely. One that I work with frequently is based in Florida. Her husband is a cardiologist, so she told the firm she planned on following him to Florida when he found a job there. The firm didn’t object and she’s been working remotely ever since.

As a Florida resident who never travels to New York, I always assumed that she didn’t pay New York state income taxes. And, since Florida doesn’t have a state income tax, I further assumed this to be a great deal for her as she effectively saves around 10% on state and city taxes while still being paid at the New York market rate.

This is every New Yorker’s dream. Get established in New York. Make New York money. Move to sunny Florida and successfully fend off New York’s inevitable challenge to your claimed change of domicile. Pay no state income taxes on your income. Is it too much to ask?

When I first heard about this, I assumed it couldn’t possibly be true. How does a state even have jurisdiction over a nonresident? The New York State Department of Taxation and Finance has a memo that is clear on the law.

Section 601(e) of the New York State Tax Law imposes a personal income tax on a nonresident individual’s taxable income that is derived from New York sources. The tax is equal to the tax computed as if the individual were a New York State resident for the entire year, reduced by certain credits, multiplied by the income percentage.

Naturally, this law has been challenged. In Huckaby v. New York State Division of Tax Appeals (04-1734), a New York state court found Thomas L. Huckaby liable for taxes on 100% of the wages he earned from a New York employer while working from his home in Tennessee, which has no state income tax. Although Huckaby, a computer programmer, worked approximately 25% in his employer’s New York office, he admitted he worked from home most of the time for personal reasons. The New York Court of Appeals, the state’s highest court, upheld the decision. To be exempt from New York taxation, such wages must entail “duties … which by their very nature, cannot be performed at the employer’s place of business,” the court said.

While most states apply a “physical presence” test, New York applies a “convenience of the employer test.” In other words, in New York the income must be earned by work performed out of New York State for the necessity of the employer, rather than out of convenience.

As you can imagine, there aren’t a lot of reasons why it’s necessary to work for a New York company outside of the state of New York. However, imagine working for a New York company that requires you to spend all of your time in Alaska working on an oil pipeline. In that scenario – or any scenario where your employer requires you to live outside of New York – you shouldn’t be subject to New York State income taxes. But if you’re living in Florida because it’s sunny and a great place to be a freelancer? That’s just convenient for you (and it turns out, convenient for New York too).

One of the many problems with the Huckaby case is that it’s quite old. The Court of Appeals upheld the ruling in March 2005. Huckaby himself worked remotely from 1983 until 1991. This case has nothing to do with modern “telecommuting” trends and is clearly outdated. But it’s good for New York, so I don’t expect the state to change it anytime soon.

There’s also the possibility of double-taxation, since the state where you are a resident will still want its fair share too (if there is a state income tax). While there should be tax credits to mitigate the double-taxation, it obviously bears further research if this situation applies to you (or if you are planning on doing something like this in the future).

New York provides some guidance on how you can be exempted from paying nonresident taxes if you meet certain factors. Those possibilities are set forth in TSB-M-06(5)(I). They’re unlikely to apply to a lawyer that is working remotely for a New York firm.

Meanwhile, Congress has been trying to do something about the problem. The Multi-State Worker Tax Fairness Act aims to abolish the “convenience of the employer” test and force all states to rely on the “physical presence” of the employee. It most recently died in 2014 but apparently was reintroduced in 2016. According to the AmericanPayroll.org article, New York state opposed the legislation. That’s hardly surprising since they’ll see a loss in taxes.

It’d be good to see federal legislation enacted to straighten out this mess. Even if you live in a state where the double taxation problem is eliminated by credits, it doesn’t make any sense to force a taxpayer to file two separate returns.

How did this work out for my colleague? Well, if you’ve been following the thread, the key part is New York sourced income. I wouldn’t be surprised if she’s employed by a different office of the firm (maybe the one that rhymes with Boshington TP), thus avoiding the problem. I didn’t want to ask.

This is routinely misunderstood, so I thought I’d take a second at the end of the article to make sure it’s clear. If you are not a resident of NYC, you do not pay NYC taxes.

This wasn’t always the case. It was only in the early 2000s that New York City stopped taxing non-NYC residents for income earned in NYC, hence the reason why it’s still largely misunderstood (especially among NYC natives).

This means that if you live in New Jersey, Connecticut, Long Island or even Florida, the long arm of NYC won’t reach you there (above we’re just talking about state taxes).

Hat tip to MissBonnieMD who alerted me to this blatant money grab by the state of New York.

Let’s talk about it. Would you be interested in working remotely for a company in New York?

Joshua Holt A practicing private equity M&A lawyer and the creator of Biglaw Investor, Josh couldn’t find a place where lawyers were talking about money, so he created it himself. He knows that the Bogleheads forum is a great resource for tax questions and is always looking for honest advisors that provide good advice for a fair price.