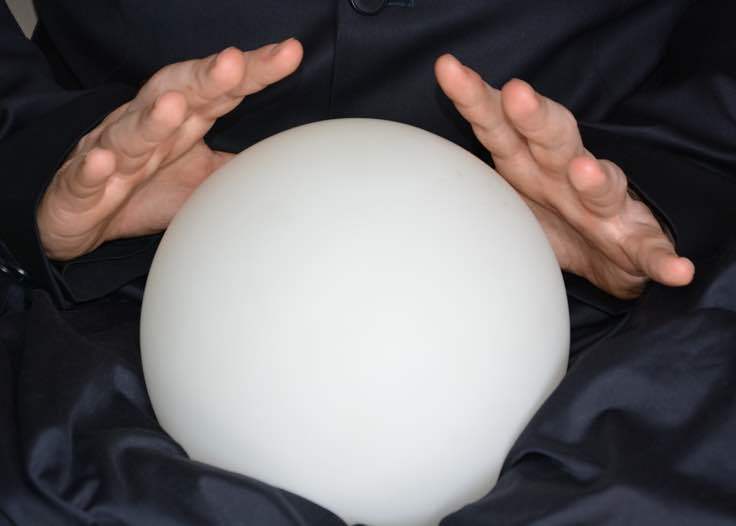 We are in long bull market. You’d be hard pressed to find someone who disagrees. Since 2009, the S&P 500 has returned a positive growth annually each and every year. That’s nine of years of positive growth. There have been dips along the way but if you’ve invested significant sums in the stock market it’s hard not to feel good. A rising tide lifts all ships, so even active investors that might not be achieving the average market return is feeling good! What could go wrong?!

In situations like this, some people start talking about “late market thinking” (i.e. the attitudes adopted by investor’s when the stock market is doing nothing but going up).

One of those behaviors is CNBC articles screaming about how there’s a 70% chance of a market correction. This is laughable. I link to it only because they cite Vanguard as the source of the prediction. It’s still laughable. First, there’s a 100% chance of a market correction. We just don’t know when it will come. And knowing when it will come is the whole point. This is a fundamental problem with timing the market. Not only do you have to be right about the direction, you have to be right about when it will happen. The idea that CNBC or anybody knows when it will happen and can say that there’s a 70% chance of it happening at a predictable time is about as likely as predicting when the next F train will arrive (i.e. For people that don’t live near me, you can’t do it).

Despite this, I often see discussions about whether people should be moving assets out of the market until things cool off a bit. Everyone is saying the market is overheated. Shouldn’t you get out?? No. This particularly doesn’t make sense if you’re talking about retirement money. Assuming you are 20-30 years away from legit retirement, any correction in the market will be a distant memory by that point.

If it’s not retirement money … why exactly do you have it in the stock market? Is it part of your Investment Policy Statement? If so, you should continue to follow the short written plan you prepared.

If you’re talking about taking a small amount of money out of the market that you’ve earmarked for some short-term upcoming expense (vacation, remodel, new car purchase), I’d reevaluate why you put that money in the market in the first place. It’s easy to underestimate the behavioral risk of investing, particularly in good times, so I’d really like to drill down and understand why I made that decision.

It’s a funny thing about lawyers that we’re so risk-averse as to leave hundreds of thousands of dollars sitting in cash in a savings account but also comfortable putting $10K into the stock market for an upcoming bathroom remodel to try and juice the returns a bit.

I think a lot of this is driven by two factors: (1) FOMO (see, e.g., Bitcoin) and (2) getting such a late start in our careers and investing.

Let’s put aside FOMO and agree that it’s irrational.

It’s really getting such a late career start that could cause you to make investing mistakes. By virtue of three extra years of professional school and $200K of law school debt, most lawyers feel pretty far behind when they get started. The natural response to this “late start” is to overcompensate by taking on more risk. If you feel the need to catch up, then putting $10K into the market so you can purchase that new car might make sense.

No amount of market return will do the heavy lifting of actually saving a lot of money. Let’s say you have $10K and are trying to reach $15K by the end of the year. If the market has a bumper year, you might see a 10% return. That’ll get you to $11K which is still a full $4K short of your goal. And at what risk? Risk that we’ll hit a snag like 2000-2002 and you’ll see three consecutive years of losses. Sure, you can delay the new car purchase but why do that to yourself? You still need to save another $4K.

I think you’ll find greater success by actually saving up enough money for what you want to buy and leaving the stock market for the truly long term goals (10+ years). I know for sure we wouldn’t be having this conversation about eking out some minor return if we weren’t in the middle (or is it the beginning? or end?) of a long stock market run.

If you want to remember the chaos, find videos from 2009 on YouTube taking about the Great Recession. It’s helpful to look at those events in a disconnected way with so many years between then and now.

So, keep those short term funds in short term savings accounts and get to work saving money!

Let’s talk about it. Are you tempted to invest amounts relating to short term upcoming projects in the stock market?