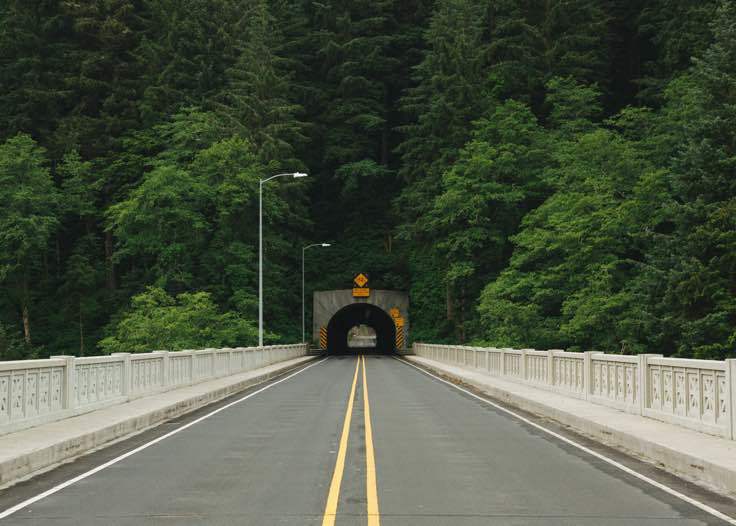 Many people are rightly worried that the Public Student Loan Forgiveness program could disappear in the next couple of years. There are budget proposals and pending legislation that attempt to eliminate it and while that’s frightening for many borrowers, one can never be sure until something becomes law.

I believe that if PSLF is eliminated the government will grandfather existing borrowers into the program (not the least because many master promissory notes contain contractual language about PSLF eligibility). However, PSLF has several loopholes that make it unpopular and the government has the power to do whatever it wants, so it’s not out of the range of possibility that PSLF will be shut down and current borrowers will be shut out (scary, I know).

That’s why I found it exciting to connect with one of the first people to receive PSLF forgiveness. For obvious reasons, this person wishes to remain anonymous. Frankly, I can understand. Once you reach the point of PSLF forgiveness, the last thing you want to do is to keep thinking and talking about your loans. Now is the time to move on with your life!

Thankfully, this person also realizes the importance of communicating that forgiveness can be achieved and I’m grateful for they took the time to answer questions.

Before we get to the actual interview, I know you’re all dying to see a letter showing PSLF forgiveness. It looks good doesn’t it? Notice that it states that the forgiven amount is not taxable.

First off, I think I speak on behalf of thousands of borrowers when I say congratulations on actually receiving PSLF forgiveness! Many people are skeptical that the government will forgive their loans, so it’s exciting to hear a first-person account of the process. Can you tell us in your own words how it went for you?

Everything went pretty smoothly for me but my experience is probably not the most typical since I was with a single employer (a 501C3) the entire time which made everything much more straightforward.

I turned in my first ECF when they became available in 2012 and got credit for all qualifying payments back to when the program was created in October 2007. I did lose out on one month of progress due to the delay associated with having my loans moved from their previous servicer over to FedLoan but other than that it was pretty painless.

Since 2012 I have been turning in my ECFs annually and with the exception of a couple of misfires where I made an error on the ECF, it went smooth.

Yikes, errors on an ECF can be scary since FedLoan Servicing might demand a higher monthly payment and they may not be able to correct the error for months. As you got closer to the forgiveness date, did you continue submitting ECFs or did you only submit an ECF after you made 120 qualifying payments?

I made my 118th payment in September 2017 and sent in a final ECF to get confirmation that I was two payments away. Once I had made the final payment on November 7th, I turned in my PSLF application. As an aside, I would note that I’ve heard that FedLoan told a borrower that he should wait to turn in the PSLF [application] until after an ECF had been filed and confirmed reflecting all 120 payments. I didn’t do this and it worked out fine but just a cautionary FYI.

On November 22nd I was informed that my application had been provisionally approved by FedLoan and that it was being sent to the Department of Education for final review. I found out later it actually went over on November 29th which was the day after the end of my payment period so perhaps the policy is to wait until after the final day of the final payment period to send them over.

On February 9th I logged into my Fedloan account and saw that my loans were reflected as “paid in full” and on February 13th when I logged in I found the confirmation of forgiveness letter in my online inbox.

Needless to say, I am very relieved and very happy. 😎

How much did you borrow originally and how much was forgiven?

The amount forgiven was around $185K. I borrowed a total of $90K but with periods of deferment, forbearance and the delta associated with the difference between what I was paying using IBR, the amount I owed roughly doubled prior to the PSLF forgiveness.

Can you describe the psychological effect of watching your original loan balance of $90K more than double in the total amount owed? I’ve always thought that it’s a perverse system that allows the interest to pile up while you’re hoping to receive forgiveness at the end.

Heh. I hope most folks don’t end up having their loans double over the course of their repayment. The only reason it was manageable was that I continued to have the hope of PSLF. Otherwise, the steadily growing balance would have been truly, truly dispiriting.

I especially worry about borrowers on the PAYE program since their monthly payments are 10% of discretionary income whereas mine under IBR was 15%. While I completely understand why borrowers would often be better off with the lowest possible monthly payment, I fear there is a huge cohort of folks with rapidly increasing balances.

The newer REPAYE plan–which in some ways not as good as PAYE–does have one advantage in that it caps the accrual of interest on unsubsidized loans at a maximum of 50% of the accruing interest. That can at least slow down the rate of increase.

Have you done any calculations to understand how much you paid in total toward the student loans during the repayment period?

I believe I end up making total payments that equaled around $90K (which, coincidentally is approximately my original principal balance) but that includes monthly payments from as far back as 1997. I don’t have a good sense of how much I paid only during the period of between October 2007 and November 2017 as those monthly payments increased over time as my income increased.

Trying to figure it out is exacerbated by the fact that I started repayment on ICR (20% of AGI-Poverty) and then later switched to IBR (15% of AGI – 150% of poverty).

What happens after you submit the PSLF application for forgiveness? Do you keep making payments on the loans while the Department of Education reviews the application?

I was just waiting. When you submit the PSLF application you are automatically put into a forbearance status unless you check a box to request otherwise.

Was the final PSLF certification and the annual ECFs the most difficult part of the process? FedLoan Servicing isn’t known for its quick turnaround times.

No, the actual PSLF [forgiveness] application and the ECFs are actually quite simple though I did have a couple of instances when I left some piece of information of the ECF and had to resubmit.

In my experience, the most challenging part was just making sure that I filed my IRS authorization diligently every year to remain on my income-driven repayment plan.

Now that you’ve successfully paid off your student loans, what are your financial plans now? How are things different now that the loans are officially forgiven?

Mostly I can now start really putting money towards saving for retirement. While I’ve been lucky to have an employer contribution, I’m woefully behind where I should be at this stage.

Other than that, the true benefit is just the relief of not having the psychological burden of the debt hanging over my head.

You can say that again. This is such an important moment for so many borrowers. Thanks for taking the time to share your story!