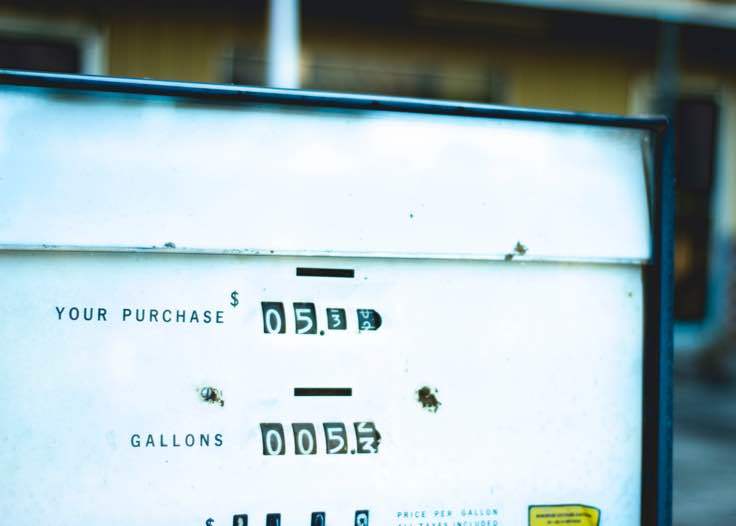 Recently I came across a post from Boozy Barrister called Young Lawyers, You Won’t Get Rich. Despite the negative title, the article is a fabulous deep-dive into how a lawyer earning $49,000 living within his means can save significant bucks.

Why is this relevant? Well, let’s face it. Not all lawyers are making $180,000 straight out of law school. And those that do often aren’t sure they want to stick around since the high salary comes with significant sacrifices. Even if the median salary for a lawyer is $144,230, plenty of lawyers can expect to start a legal career making $49,000 a year.

If that’s you (or if you’re making three times that but want to optimize your spending), how can you get rich making $49,000 a year?

First, let’s follow the budget for a hypothetical lawyer named Nick. I took the numbers from Boozy’s article and put them together in this handy chart. Two things should jump out at you. First, Nick is crushing it on his housing costs. He found a place for $800 a month and is splitting it with a roommate. Second, Nick understands that having to look like a lawyer doesn’t need to cost that much when you’re first getting started. He’s buying the minimum amount of clothes necessary to play the part.

If you want to build wealth, we need to optimize both income and expenses. Boozy did a fantastic job with Nick’s budget, and in fact, Nick is making 90% of the right decisions, mainly because he’s minimized two significant expenses: housing and transportation.

But could Nick do even better?

Owing $100,000 at a salary of $49,000 gives you a debt-to-income ratio of roughly 2:1. At that ratio, refinancing your loans doesn’t necessarily make sense, and a lot depends on your expectation for your future income. Will you still be making $49,000 ten years from now or is it reasonable to expect that your income will have doubled to $100,000?

You have roughly three different paths you can choose: (1) continue on the standard 10-year repayment plan; (2) switch to REPAYE (whether seeking longterm forgiveness or not); or (3) refinance your loans and pay them off.

So, what should Nick do? If he thinks the $49,000 salary is merely a starting salary and that the future is promising, I like the idea of refinancing and getting into a 10-year repayment plan. You’ll save $80 a month on Boozy’s plan (payments will be $1,012.45 a month) and get your loans paid off in 10 years or less. Still, many lawyers may take the conservative approach and get into REPAYE to preserve their options (once you refinance, your loans are no longer in the federal program).

Unfortunately, Boozy didn’t quite get the tax analysis correct. He estimated $7,989 of taxes but failed to take into consideration FICA and state taxes (he also assumed taxable income of $49,000 rather than gross income of $49,000).

Let’s assume Nick lives in Alabama. For 2017 his total tax burden would be about $11,177, including Federal, FICA and State taxes ($5,389 + $3,749 + $2,040). The good news is that the recent changes to the tax law should knock that total tax down to around $10,092. Unfortunately, that’s still higher than Boozy calculated since he left off FICA and state taxes, but it’s the reality of the situation.

What can Nick do to lower his taxes?

The first step is to look for any Section 125 benefits since these can be paid with pre-tax dollars. Examples of this include health insurance payments (medical and dental), transportation benefits or dependent care FSAs. Nick has health insurance payments, so those will be pre-tax. If he pays for parking downtown when he commutes to his job, he could take advantage of the transportation benefits.

The biggest that might be available to him is a Health Savings Account. HSAs are triple-tax advantaged accounts and should be funded since the money rolls over each year. If used for medical expenses, the money is never taxed. If you keep the money until retirement and still don’t spend it on medical expenses, you can withdraw the money and pay only income taxes (like you would with a Traditional IRA). Let’s say Nick contributes $1,000 a year to his HSA.

Since Nick’s marginal tax rate is 25%, he’ll save 25 cents today for every dollar he can put in a Section 125 plan account or a pre-tax retirement account. And speaking of the 25% tax bracket, only a tiny portion of Nick’s income falls into the 25% bracket. By making a $1,000 contribution to his Health Savings Account, he’ll reduce his taxable income down to the 15% bracket. The 25% bracket is a good place to look at pre-tax savings.

After student loans and taxes, housing and transportation are taking up $7,200 and $4,404 of Nick’s budget respectively which seems pretty reasonable given a $400 monthly rent, $150/month car payment, $100 on car insurance and $117 on gasoline. Can we do even better?

I’m not going to touch the rent payment as $400/month seems pretty reasonable to me but $400 on monthly utilities seems steep. Boozy lists cable, water, internet, power, gas, etc. in his utility list. Cable is the obvious one you don’t need, so that’s the first to go. Average Internet, electricity, gas, water and garbage should cost about $285 in Birmingham, which is $142.5 per person. Add in your mobile phone and you’re looking at $167.50 per month to cover all utilities.

The federal standard mileage reimbursement rate for the use of a car is 53.5 cents a mile. This is a useful metric for understanding your car expenses since the federal government isn’t typically overly generous when handing out deductions. Nick is driving 33 miles a day in this hypothetical, which means according to the federal government he should be spending about $6,420 a year on his car. He’s spending $4,404, which is great but is hiding the fact that we didn’t include car maintenance in the transportation budget (oil changes, tire replacement, etc.) nor did we include depreciation. Cars are expensive, and the 53.5 cents a mile rate is reasonable. How much are you spending on transportation?

If Nick wants to decrease this, he could simply use his car less. Can he live closer to work so that he can walk or bike? The average annual car insurance cost in Alabama is $1,299, so are there are any steps can take to become below average? Based on the calculators I found online, if Nick can find a way to use his car less, he has the possibility of saving several hundred dollars on car insurance and gas. I didn’t adjust my numbers though, since they seem fair, but I’d try to decrease these expenses if this were me.

I don’t see much to trim in the budget. Nick’s doing great on the smaller expenses. Plus, I’m not a big believer in focusing on skipping the lattes to save your way to millionaire status. Brown bagging your lunch may save a few dollars each day, but it also requires additional work. If you make the right decisions (i.e., live with a roommate), you can eat Chipotle every day for lunch without worrying about the cost, so I’d instead focus on the big expenses. Plus, that brings us to the next section.

Optimizing expenses is great. If you’re making a starting lawyer making $49,000 a year, these are absolutely the first steps you should take to straighten your financial life. Figure out the big payments like taxes, student loans, housing and transportation. Keep them as low as possible (for student loans, we’re talking about the “interest” component of the payment, since the principal payments increase your net worth).

But what about increasing your income? If the median lawyer is making $118,000, then you too should be making $118,000. There are many ways to grow your income, and almost all of them take time. Make sure you’re focusing on getting paid what you deserve and seeking opportunities to increase your income, including switching jobs if necessary. You may not think a $10,000 annual increase is much, but that’s $10,000 that you’ll make each year for the rest of your working career, which could easily be an extra $300,000 in lifetime income.

How Much Is Nick Saving?

If Nick is saving $1,000 in a Health Savings Account and $5,500 in a Roth IRA, he’s putting $6,500 in savings each year (or 13.3% of his salary). He’s building up an emergency fund in a Roth IRA, since contributions can be withdrawn at any time, and he’s taking advantage of the triple-tax savings benefit of a Health Savings Account, which doubles as a Stealth IRA if he doesn’t end up spending much on medical expenses.

He’s also making $679.12 payments toward his student loan principal each month. And, of course, that number only goes up each month. Combined with his HSA and IRA savings, Nick will move his net worth needle by $14,284 each year (or 29% of his salary). That’s not insignificant.

The best part about following this plan is that Nick has set his budget floor going forward. If he’s smart and he sets his income at this level, all future raises will automatically be applied toward savings and his savings rate will shoot up.

Here is my optimized budget based on Boozy’s numbers.

Let’s talk about it. Let me know in the comments what you think of this budget. Is it realistic for a lawyer starting out in a place that’s not on the coasts?