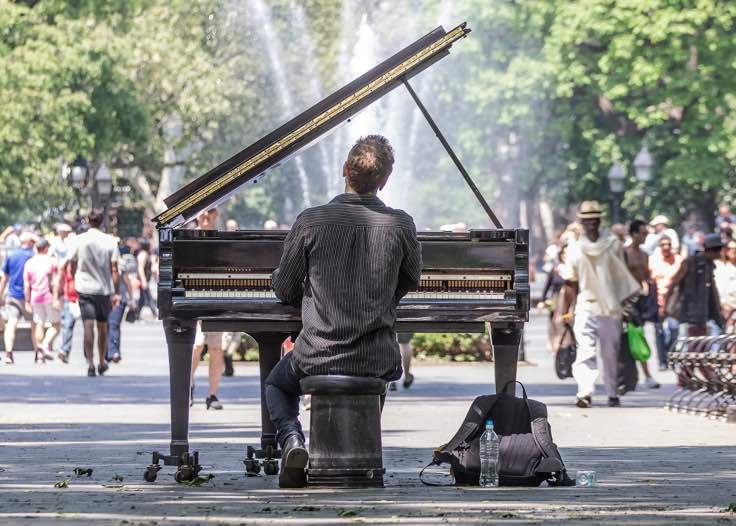 One of the great benefits of making a little money in a side hustle or being paid as an independent contractor is that technically you’re operating as a separate business. It doesn’t matter if you’ve formed a corporation or an LLC. Sole proprietorships are businesses too, so if you’re generating any earned income outside of a typical W-2 job, congratulations! You probably own a business.

If you own a business, it’s not difficult to open a Solo 401(k) for your employees (i.e. you). Who doesn’t like more retirement accounts? They’re a great way to reduce the tax drag on a portfolio and helpful for taking advantage of the tax arbitrage between your high income earning years and your likely much lower income years in retirement.

The Solo 401(k) is the most popular retirement plan for the self-employed, although surprisingly fairly new on the scene thanks to rule changes in 2001 which gave the Solo 401(k) all the attractive features of the regular employer 401(k) plan.

It’s a great account to have even if you’re only able to contribute a small amount each year. Keep in mind that you only have one employee contribution bucket (currently $18,000) that you can contribute across all of your 401(k) plans. However, there’s a different contribution limit on the employer side of equation, so you can continue contributing $18,000 to your work plan and then around 18-19% of your business profits to a Solo 401(k) up to a $54,000 limit.

Selecting the right 401(k) provider takes a little legwork as there is no obvious choice. Each of the major solo 401(k) providers below have benefits/disadvantages such that you’re going to make a selection on what is right for you which could easily be different from what is right for someone else. In researching the article, it seemed clear that providing a solo 401(k) is a burdensome process for the administrator. Essentially you’re getting a 401(k) plan with all its complexity for very little cost (if any) and most firms offer it solely as a way to induce you to invest in their funds. For that reason, some providers are willing to deal with extra administrative burden (such as tracking Roth contributions or accepting rollovers) while others are not. Depending on your needs, you should select the provider that is right for you.

Vanguard is generally my preferred provider of investment accounts. Unfortunately, the Vanguard Solo 401(k) has a few critical flaws that make it a less than ideal choice for me. First, it charges a $20 per year fee for each Vanguard fund held in the account. This is a little surprising given that Vanguard is generally associated with the lowest fees. They waive this fee if you have more than $50,000 invested in Vanguard, so for me the fee isn’t an issue but I thought it worth pointing out all the same. More importantly, Vanguard still seems to be unwilling to accept incoming rollovers of IRA assets. That’s important to me because in the future if I leave a job, I may choose to rollover my 401(k) into a Traditional IRA and then will want to move my Traditional IRA into the Solo 401(k) to keep open the ability to make a Backdoor Roth IRA contribution. For that reason, I’m not able to select the Vanguard plan. Vanguard does offer pre-tax or Roth contributions and, of course, you have access to all the Vanguard funds. Strangely, you can’t access the Admiral funds in the solo 401(k), so expect to pay a little more for the Investor class shares. If incoming rollovers weren’t a big deal to me, I’d probably open a Solo 401(k) with Vanguard.

(Update: After thinking about this, I decided incoming 401(k) rollovers weren’t that important to me. I like the options in my current 401(k) and if I left my job I could always keep my current 401(k) provider or do a reverse rollover. Ultimately, I decided to open a Vanguard Solo 401(k) as keeping things simple is part of my Investment Policy Statement. It took 5 minutes on the phone plus another 15 minutes filling out forms.)

In recent years, Fidelity has begun to offer low-fee funds that rival and sometimes surpass Vanguard. For that reason, I’ve started to see them as a perfectly reasonable alternative to Vanguard if and when Vanguard isn’t available. In this case, the Fidelity Solo 401(k) accepts incoming IRA rollovers. That’s exactly what is missing from the Vanguard Solo 401(k), so it makes Fidelity an attractive option. Unfortunately, it seems like Fidelity doesn’t offer the entire package and some of you may not be happy with the results. They don’t have a Roth option and you can’t take out a loan against the 401(k), so if either are important to you then you should find a different provider.

Also, Fidelity doesn’t accept electronic contributions to the account. It might not be too annoying if you’re only planning on making one contribution a year but it’s strange that we’ve come this far with technology and Fidelity is still requiring paper checks. Read more at the Fidelity Solo 401(k) Plan Document.

I have a brokerage account with Schwab. I used to own a few individual stocks, although now the account sits empty. They are a low-cost brokerage, so always a decent option when you’re looking for an account. Initially the Schwab Solo 401(k) only accepted rollovers from 401(k), 403(b) and 457(b) accounts but I now understand that they’ll accept rollovers from any type of account, including IRAs. They do not allow loans if that’s important to you. Read more at the Schwab Solo 401(k) Plan Document.

The ETrade Solo 401(k) is obviously a great plan if you’re looking for a brokerage to buy and sell individual stocks. They allow Roth contributions, accept IRA rollovers and also allow loans. This makes them an idea option if you’re looking for flexibility and low cost. I don’t have any personal experience with E-Trade so can’t say much about their customer service or their platform. However, they seem to tick all the boxes for a comprehensive plan. When researching this article, I frequently came across posts like this on the Bogleheads forum saying that E-Trade looked like the most flexible option, so why shouldn’t we go with it?

The TD Ameritrade Solo 401(k) offers full brokerage services and commission-free ETFs from Vanguard. Unfortunately their site is a less clear on some of the other options (like Roth, rollovers, etc.) but it appears that they do allow Roth contributions and loans. The rollover portion is less clear (call them if interested and let me know) but I found reference in a Boglehead post that they do accept incoming IRA rollovers. If you have a Solo 401(k) with TD Ameritrade and know the answer, send me an email or let us know in the comments.

Now that we’ve talked about the five major providers, I thought it’d be helpful to see a chart to see how each solo 401(k) provider compares with each other provider.

Remember that Vanguard’s fees are waived if you have more than $50,000 in assets with them. Also, most of the companies offer commission-free ETFs so you don’t necessarily have to pay the trading fees (particularly if you want to buy a product from one the solo 401(k) providers themselves).

If you’re looking for something other than index funds or a brokerage account, there are several providers that will help you open a Solo 401(k) with “checkbook” control over your 401(k). These types of 401(k) plans can allow you to invest in alternative investments like real estate. I don’t have experience with these types of accounts but wanted to make sure you were aware that they existed. Here’s a big list of alternative solo 401(k) providers. I’d be interested to talk to anyone running their real estate empire out of a 401(k) or other tax advantaged account!